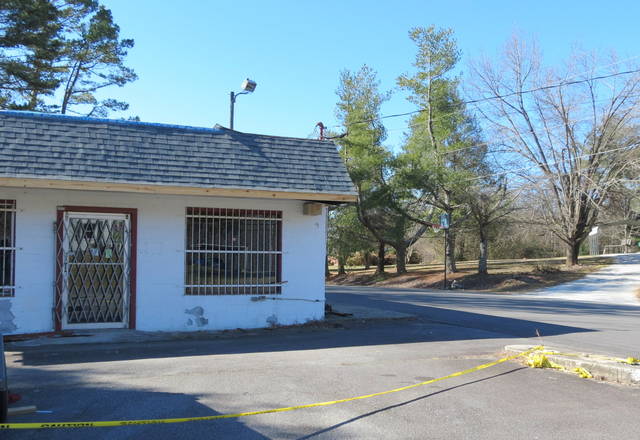 Attempting to balance neighborhood concerns about increased traffic and other potential problems with allowing the owner of property on Fancy Gap Road to utilize it by operating a convenience store, officials have delayed related rezoning action.

The small size of the site at 1515 Fancy Gap Road near Westwood Drive — 0.18 of an acre — and the limited parking availability there is one consideration along with its location in a densely populated area off U.S. 52-North.

Such issues led the Mount Airy Board of Commissioners to vote during a meeting last Thursday night to put off a decision regarding a request to change the parcel’s zoning from a residential to business classification.

“For the best chance of passage, I say we should table that to the next meeting,” Commissioner Jon Cawley said in summing up the situation. “I’d like some clarification.”

The site in question contains an unused building that in the past housed a convenience/country store, which city Planning Director Andy Goodall said closed in the fall of 2015.

The building’s origin dates to the 1950s, a time when zoning didn’t exist in the area involved which was part of Surry County until being annexed into the city about 15 years ago.

“Unfortunately, 60 years later, we’re here trying to figure out what to do with this,” Goodall told the commissioners Thursday.

The property is now located within an R-20 (Residential) zoning district, and after annexation the store was allowed to continue operating there as a legal non-conforming use until closing in 2015.

But in order for a convenience store to be re-established, Mount Airy officials must approve the site’s rezoning to a non-residential classification, according to city planners.

The request at hand is to rezone the parcel from R-20 to the B-3 (Neighborhood Business) designation, with conditions including that the use of the property be limited to a “convenience food store.”

In addition, “no parking” signs or striping is to be placed along pavement adjacent to Westwood Drive along with one handicapped space being designated to address parking concerns raised about the site.

Those initial conditions were imposed by the Mount Airy Planning Board. Since the matter has progressed to the commissioners they have added more, including the installation of an 8-foot-tall privacy fence outside the structure and a curbed landscaped island.

The planning group, an advisory body to the city commissioners, voted to recommend the rezoning through a 5-3 decision in February, which isn’t binding on the commissioners.

Its split decision reflected neighbors’ complaints about increased traffic resulting (both vehicular and pedestrian), a lack of on-site parking for the planned convenience store and vehicles parking in the street (Westwood Drive) when the business operated there previously.

The commissioners also had plenty to say about the matter Thursday night.

Much of the discussion was centered on the smallness of the space involved and the associated impacts on parking availability and neighboring properties.

“Why not find a use for it that is not (accompanied by) a constant flow of traffic,” Cawley said at one point while suggesting that an office could be a good alternative.

Commissioners also questioned whether the possible late-night operating schedule of the convenience store would disrupt the neighborhood.

“I don’t think it’s really an appropriate area for a 24-hour store,” Commissioner Steve Yokeley said in asking that a time limit also be included among the conditions.

“Having a business operating at twelve o’clock at night in a neighborhood might not be a good idea,” fellow board member Tom Koch agreed.

However, the discussion indicated that this might not be possible from a legal standpoint.

“They have to be enforceable conditions,” Goodall explained.

While city ordinances regulate the hours of a loud industrial plant or when LED lighting must be turned off at night, the planning director pointed out, 24-hour schedules in place for convenience stores must be applied to all.

Goodall said the property owner would have to agree to such a condition.

Yokeley said he thinks the scheduling and all other conditions emerging should be specified in the rezoning ordinance considered by the commissioners.

“I couldn’t vote for it the way it is right now,” he said. “I just think the hours need to be regulated.”

The planning director said the rezoning issue is made further problematic by the possibility that if the property owner can’t do anything with the site, the building will continue to deteriorate and eventually need to be razed.

“And that’s where we’ve struggled with this,” Goodall said of finding a solution.

Although the Mount Airy Planning Board received emails from adjacent property owners expressing opposition to the rezoning in the heavily populated area, no one spoke on it during a public hearing held during the commissioners’ meeting Thursday night.

Two written comments were received for the hearing and read aloud by Carolyn Hegler, a city clerk.

One was from Jennifer McBride, an adjoining property owner associated with a business called M&H Mechanical, LLC, located on Fancy Gap Road.

“My biggest concern is the lack of adequate parking at this particular location,” she wrote regarding the store lot. “I don’t want their customers parking on my property.”

McBride said this would force fencing to be erected at her expense.

She also mentioned the presence of “people of questionable character” walking up and down Fancy Gap Road and that the store could exacerbate this presence. McBride thinks it will cause more problems than solutions.

“When I was teaching horseback-riding lessons to pre-elementary and elementary students at Turfwood Stables at the corner of Fancy Gap Road and Miller Road, this was a well-managed convenience store with a clientele that supported the business owner,” Burke continued.

“I am not aware of any misbehavior or drug-related activity that occurred during the many years that the store was operated at this site.”

More recently, “sadly, this area has become a haven of drugs and illegal activity,” Burke wrote, citing efforts by Surry Sheriff Steve Hiatt of late to attack that problem in nearby territory still covered by county authorities.

“Hopefully, with a properly managed convenience store under the jurisdiction of the city of Mount Airy Police Department, this area can be returned to a beautiful law-abiding drug-free community, what we all want,” Burke commented.

What is the planetary diet? Everything you need to know

Sat Mar 27 , 2021
What if one of the best ways to feel healthy and confident in our bodies is to shift eating habits in a way that betters the world around us? In 2019, a global group of experts formed the EAT-Lancet Commission and released the planetary health diet as a science-based, accessible […]