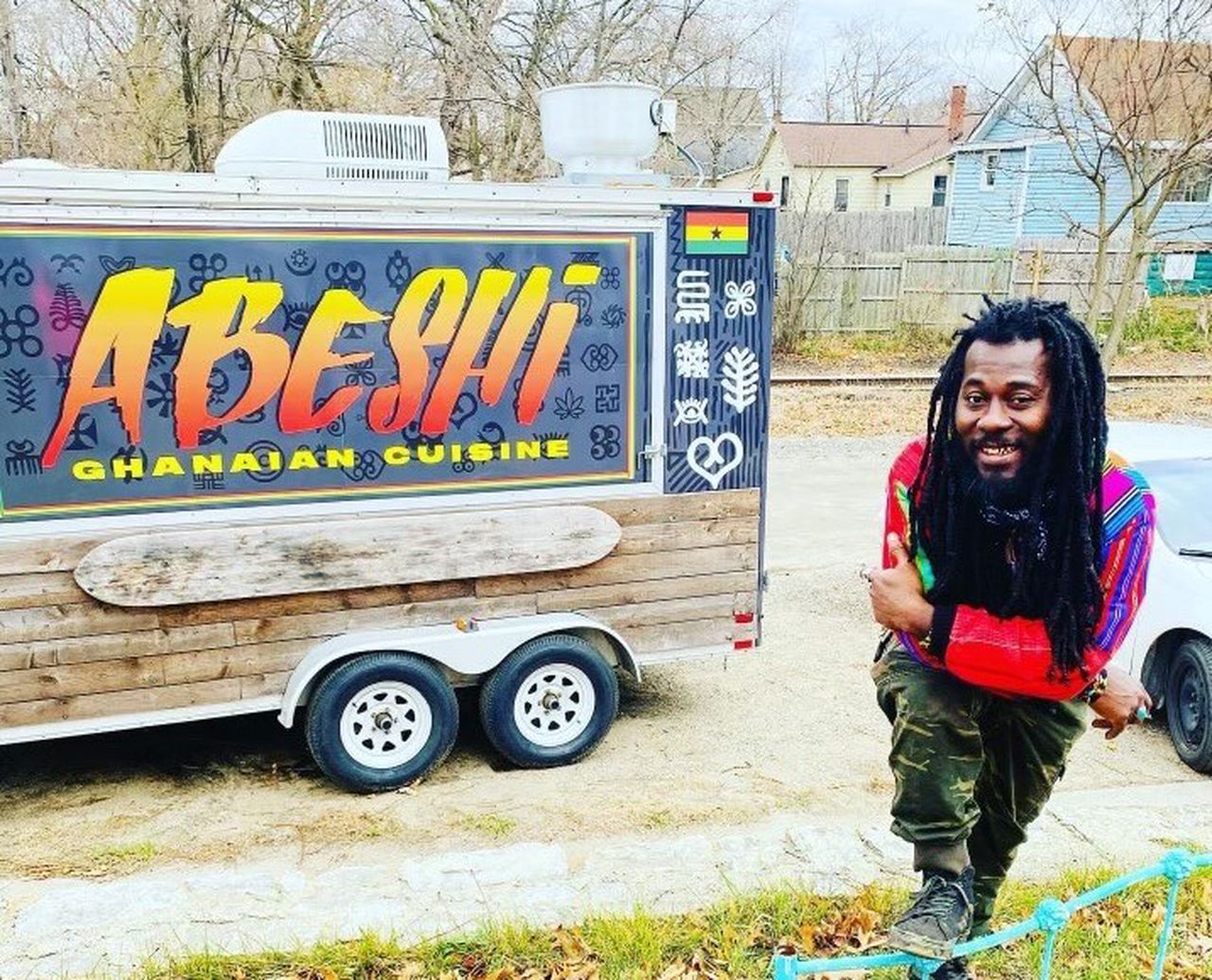 Bailey-Yabani moved to Muskegon from Ghana seven years ago. In 2018, he won StartGarden’s 5X5 Night competition to launch his food truck, which offers “what I grew up with and what my grandma used to cook for me,” Bailey-Yabani said.

Crossing from West Africa to West Michigan, Bailey-Yabani uses “abeshi” to chronicle his relocation, finding a home here as a restaurant owner and father of two. He calls his 5-year-old son and nearly 2-year-old daughter the first “tasters” of his new dishes.

During the summer, the food truck delivers the Ghanaian dishes throughout West Michigan. In the colder months, Bailey-Yabani pivots the business, cooking out of his Muskegon home and offering takeout and delivery.

On a snowy December day, Bailey-Yabani prepared a big pot of groundnut stew to fulfill a slate of orders.

Ghanaian cuisine is centered around rice dishes served with a sauce or soup. Bailey-Yabani uses these as building blocks, adapting the menu as he finds inspiration.

Some staples include a signature red-red bean stew, a spicy tomato-based soup served with fried plantains, and jollof rice, a flavorful blend of spices, tomatoes and vegetables.

“I’m trying to bridge our culture and our heritage,” he says of the recipes.

The key to Ghanaian food, according to Bailey-Yabani, is a plentiful mix of ingredients.

Abeshi Ghanaian Cuisine accepts orders by phone, 231-855-6002, Wednesday through Saturday. Current offerings can be found on its Facebook page. 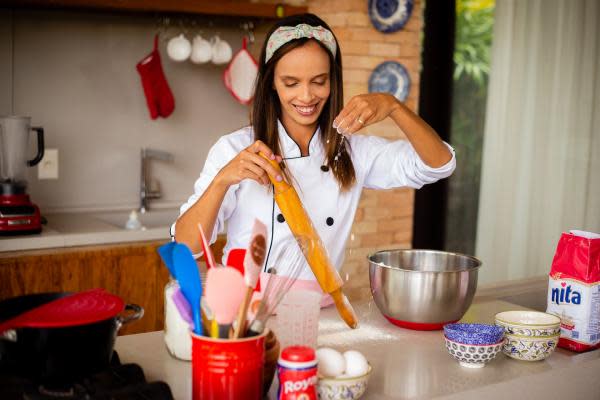