As the world hangs its hope on a new vaccine for COVID-19, it is easy to forget how controversial these life-saving treatments have been throughout history. People may have heard some of the divisive and controversial arguments of today’s anti-vaxxers. But it is perhaps more surprising to learn that there was a significant backlash from vegetarians and animal rights advocates when the first smallpox vaccines were being introduced almost 200 years ago.

When smallpox vaccination was introduced in England in 1840, the government abolished inoculation using the live smallpox virus taken from the blisters of humans with the infection. The live virus was dangerous because it infected people with smallpox and so carried the risk of death, disfigurement and bringing smallpox into an area which was previously disease-free.

This made cowpox lymph the only option. This is where lymph containing white blood cells which fight against the disease are extracted from calves which had been inoculated with smallpox. But using calf lymph (also taken from blisters) was unacceptable to vegetarians and anti-vivisectionists who were growing in number from the mid-19th century.

Smallpox vaccination was made compulsory for children in England in 1853. In the following years, groups opposing compulsory vaccination began to appear across England. They had coalesced into a more structured movement by the mid-1860s under the leadership of Richard Butler Gibbs, a noted vegetarian and food reformer.

Many of the leading opponents to compulsory smallpox vaccination had connections to the vegetarian movement of the time. These included Francis William Newman (the brother of Cardinal Newman) William White, James John Garth Wilkinson, William Scott Tebb, Councillor JT Biggs and Dr Walter R Hadwen – all were vegetarians.

Studies have shown that many also belonged to non-conformist groups, including Unitarians, Swedenborgians, Quakers and spiritualists. Some may also have been part of the Cowherdite Bible Christians, a vegetarian sect based in Salford. The cleric who preached the moral virtues of vegetarianism was the Rev William Cowherd, and his Beefsteak Chapel was the country’s first vegetarian church. A list of Vegetarian Society members from 1848 shows that of 265 members, 136 of these were Cowherdites. However, it is difficult to say with certainty how many of these also opposed the smallpox vaccine.

Compulsory vaccination was introduced in Scotland in 1864 and, as with England, within a few years anti-vaccination sentiment began to manifest itself. My own research has involved examining the few existing Scottish records held at the University of Edinburgh. My studies have shown that the membership of the Scottish Anti-Vaccination League (SAVL) included lawyers, local businessmen, tradesmen and non-conformist clergymen – in addition to members of the labouring classes.

Some of the leading Scottish anti-vaccinators also had connections to vegetarian societies. William James Begg, joint secretary of the SAVL was a member of the committee of the Scottish Vegetarian Society, which shared its premises with Begg’s offices in 1896. Two other SAVL committee members were also vegetarians.

In November 1903, a publication which predominantly supported a vegetarian lifestyle – The Scottish Health Reformer and Advocate of Rational Living – was first published. It promoted a healthy lifestyle, included a regular vegetarian cookery feature and provided a voice for Scottish anti-vaccinators.

Another vegetarian anti-vaccination sympathiser and frequent contributor to the Scottish Health Reformer was Agnes S Hunter – the widow of Dr Archibald Hunter. Dr Hunter had established a hydropathic establishment in Bridge of Allan, near Stirling, which provided “cures” based on the use of fresh air, water and a vegetarian diet.

Agnes Hunter took over its management following his death and was a prolific writer and speaker. A leaflet she authored in 1905 entitled No More Vaccination was promoted in the Scottish Health Reformer. It set out her belief that vaccination was “…a legal fraud, a medical delusion an illogical absurdity and an abominable crime against the nation”.

Conscientious exemption from compulsory vaccination was permitted in England from 1898, although the law did not extend to Scotland. The SAVL began campaigning in earnest to achieve abolition of the vaccination law. The anti-vaccination and vegetarian networks ensured English sympathisers wrote letters to the Scottish press and made speaking tours in Scotland.

Anti-vaccinators across the UK had networks which enabled them to learn and share experiences. Working together, English and Scottish anti-vaxxers campaign for the abolition of the Vaccination Acts partially succeeded when the conscience clause was finally extended to Scotland in 1907. The abolition of compulsory smallpox vaccination was finally achieved when the National Health Service was created in 1947.

Sylvia Valentine does not work for, consult, own shares in or receive funding from any company or organisation that would benefit from this article, and has disclosed no relevant affiliations beyond their academic appointment.

Wed Jul 22 , 2020
WALTHAM, MA — A Waltham food pantry will be popping up Thursday, July 23, at St. Mary’s Parish on School Street for those facing hardship because of the coronavirus pandemic. The effort is one of several in the city each month with the aim of helping ease the hardship faced […] 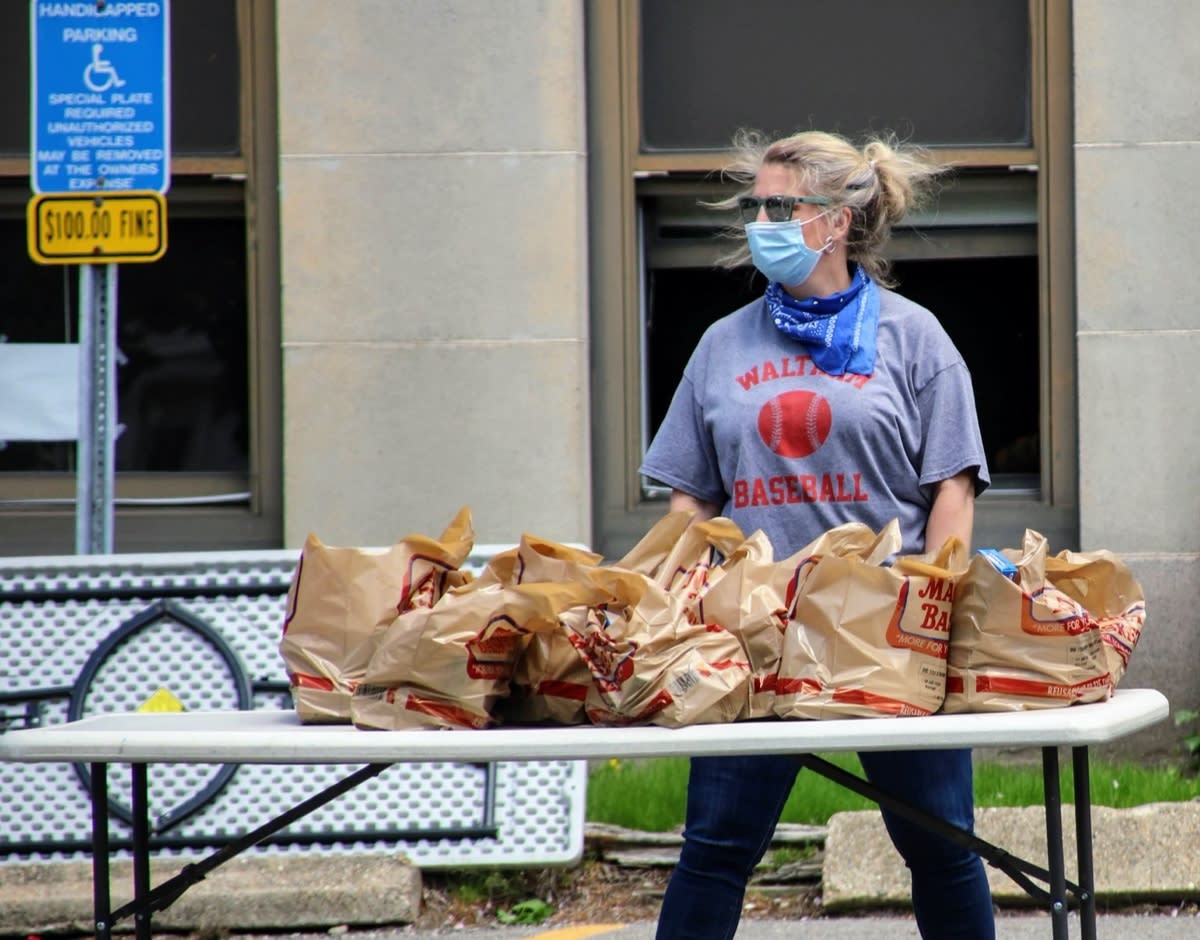