Food manufacturers should be given taxpayer help to research how to re-formulate unhealthy foods to help tackle Britain’s obesity crisis, a new report has said.

The government unveiled a new obesity strategy last month as evidence shows those who are overweight have a greater risk of becoming severely ill or dying from coronavirus.

In its report, Demos said the Department for Business, Energy and Industrial Strategy (BEIS) should launch a challenge fund for researchers and universities to help the food industry research new ways to produce food such as crisps with less saturated fat and salt.

It said the fund should be paid for using money raised from the sugar levy, the soft drinks industry levy, and a new levy on harmful processed meats, which are linked to stomach cancer.

A survey of 1,000 Britons found the public are in favour of a more interventionist approach, with 71 per cent backing subsidies for healthier foods and almost half supporting high taxes on unhealthy food.

Prime minister Boris Johnson is a long-standing opponent of ‘sin taxes’ on consumers, but after he became ill with coronavirus has aimed to do more to tackle the obesity crisis.

The UK is one of the fattest countries in Europe, with one in 10 children obese by the time they start primary school. Most adults are consuming between 200 and 300 more calories a day than is recommended

Rose Lasko-Skinner, researcher at Demos and author of the new report, said: “Boris Johnson’s strategy to crackdown on obesity is a welcome step in the right direction. But it doesn’t go far enough in tackling root causes of obesity — many of which lie in our food sector, rather than with retailers.

“Our research shows there is an opportunity for the government to be even bolder, and pioneers for a new era of food innovation.

“By stimulating ground-breaking innovation in the food sector, the government could make food healthier, more affordable and provide better choices for consumers.”

Former health secretary Lord Lansley backed the report and said efforts to reduce salt and trans-fats, as well as the sugar levy, had made some progress but he added: “The overall impact has been insufficient and the polarisation of debate between those who see this as an issue of liberty and those who want to bring in the ‘Ban on Unhealthy Foods Act’ has too often hindered worthwhile progress.”

He said the Demos report showed a route for the government to take action in ways supported by public opinion.

In the report, Turning the Tables, Demos said it had estimated around 19 million people cannot find healthy foods in shops near to where they live. According to its survey, the main drivers of people choosing unhealthy food include taste, cost and ease.

A majority of people, almost 60 per cent, would back a requirement on all grocery shops to stock healthy foods. Just under half, 45 per cent, of people would support standardised packaging on unhealthy foods similar to cigarette packaging.

The report also recommends ministers back more research on lab-grown meat and meat alternatives as well as subsidising foods that are already low in price, such as tins of tomatoes, carrots and frozen vegetables to make healthy options much cheaper.

It also calls for more support by local councils and government to help fast food outlets switch to healthier options rather than seeking to close them outright.

The government’s recent strategy suggested a bank on advertising junk food on TV and online before 9pm and restricting two for one style deals. It also aims to introduce calorie labelling in large restaurants.

A spokesperson for the Department of Health and Social Care said: “We recently launched a world-leading obesity strategy to make the healthy choice the easy choice for families and help reduce obesity rates. It builds on existing progress, including the voluntary sugar reduction programme and wider reformulation programme with industry which resulted in a 2.9 per cent reduction in average sugar across retail products in its first two years.”

Junk food isn’t the only enemy, it’s products pretending to be healthy

These Ingredients Might Be the Secret to a Healthier Gut

Mon Aug 10 , 2020
Taking care of your gut health is very important and can have a ripple effect throughout your whole body. You see, according to Harvard Health Publishing, the gut microbiota—all the good and bad bacteria that live inside your digestive system—can not only influence your digestion but may also have an impact […] 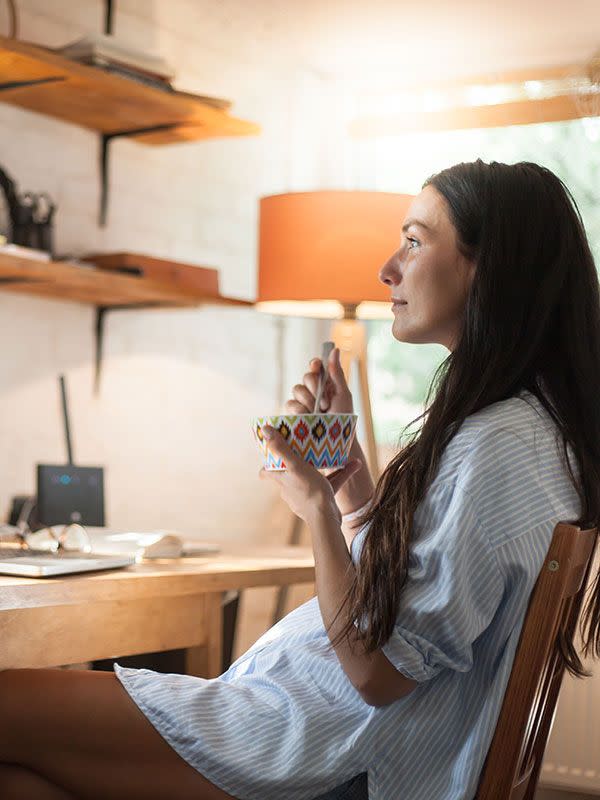