Tucked in the rear of the building at 8419 Germantown Avenue, just across the street from Weavers Way Co-op, sits a Hill restaurant that aims to change the way we all think about vegan food.

Celebrating its first anniversary this month, All the Way Live is the unique creation of a mother-daughter team passionate about the benefits of eating healthy.

Owners Beverly Medley and Nyeisha Cabiness hope to convince one diner at a time that eating vegan and raw food can be a truly eye-opening, life-changing experience.

For nearly four decades, Medley, 67, has embraced veganism as a part of her life. After reading about the benefits of going vegan in her 20s, she never looked back, devoting her life to cooking from-scratch meals that reflect a no-animal-products mantra. She raised both her children to eat this way and spent 13 years teaching vegan night school classes through Temple University to enlighten Philadelphians.

At this stage in her life, her goal is to bring her knowledge, literally, to the table.

“I do this from my heart,” Medley said. “I really want people to be healthy, and this is my contribution. This is not only for vegans; this is for all people. Some people advocate veganism and they think everyone has to be that way. I don’t think that. But does that mean a meat eater can’t eat healthy?”

After finding success in Germantown at 6108 Germantown Ave. with her flagship All the Way Live, which she and her daughter opened in 2010, she decided to take her dishes to the Hill last September. The opening was a success, and the restaurant was getting busier by the day until the pandemic hit.

The quaint 15-seat Hill café serves lunch and dinner and both raw and vegan entrees and desserts. I decided to check in on Medley for the first anniversary, since she was only able to reopen a few weeks ago, following the March shutdown.


“It was really picking up, then the pandemic hit me hard,” Medley said. “I had to close.”

Medley’s story is an amazing one. Growing up in Virginia, she was raised on heavy Southern food by a mother who homecooked just about everything, from the pies to the breads.

“She cooked the Southern way. Everything was from scratch. But not a lot of salads,” Medley said.

When she was in her twenties, a friend lent her a paperback copy of Dick Gregory’s “Natural Diet for Folks Who Eat: Cookin’ With Mother Nature” and Medley was intrigued. She did a body cleanse, began to eat vegan, and felt like a million bucks. She wanted to try to help her body avoid diabetes, heart disease and cancer.

“I said to my husband I’m changing my diet and he said ‘What?’,” Medley recalled.

Medley’s specialty became cooking vegan and raw food from scratch, in the same spirit as her mother’s home cooking ways – but she learned to prepare totally different food. She would cook vegan for herself and then a separate meal for her husband, who was raised in the South and still loved his meat and potatoes.

It was while she was taking a night class through Temple University’s Pan African Studies Community Education Program that she realized she wanted to teach others about the way she ate. Given a shot at instructing a night class, the gig became regular for 13 years for Medley. She called it “Food is Your Best Medicine.” And while she was teaching, her daughter Nyeisha was selling vegan dinner platters in the lobby of the building.

“She was married and she would come with the children and sell vegan dinners,’ Medley said.

Word got out about the tasty food and the mother daughter duo then began feeding locals at a building near her home, a sort of grassroots chef’s tables, if you will. That finally spurred the thought of a permanent restaurant.

“A friend of mine said I should open a restaurant because my food is good and its homemade,” said Medley.

The 6108 Germantown Ave. location in Germantown was and continues to be a real success, seating about 60 and serving up everything from vegan entrees to raw desserts. Medley opened the Hill location Sept. 21, 2019 at the site of the former Louie’s Little Hut sandwich shop.

On the Hill, she features specialties like chickpea burgers, nut meat burgers, apple pie and coconut cream pie. The desserts are considered raw because she uses a dehydrator, which doesn’t raise the temperature above 160 degrees. She also cooks entrees like her housemade lasagna and a yummy zucchini pasta.

She is now looking forward to the fall, when she will add some new specials and may even have live music outside occasionally.

“I’m looking forward to the fall season,” said Medley. “I want everyone to eat healthy. This is my calling.”

Q&A: Chef Marcus Samuelsson on the future of restaurants, NYC and cooking at home

Fri Sep 11 , 2020
Syracuse, N.Y. — WCNY’s sixth annual Taste of Fame dinner fundraiser will move virtual this fall due to the coronavirus pandemic. As a result, diners will be tasked with cooking their dinners at home using a box of ingredients delivered to their homes ahead of time. In many ways, it’s […] 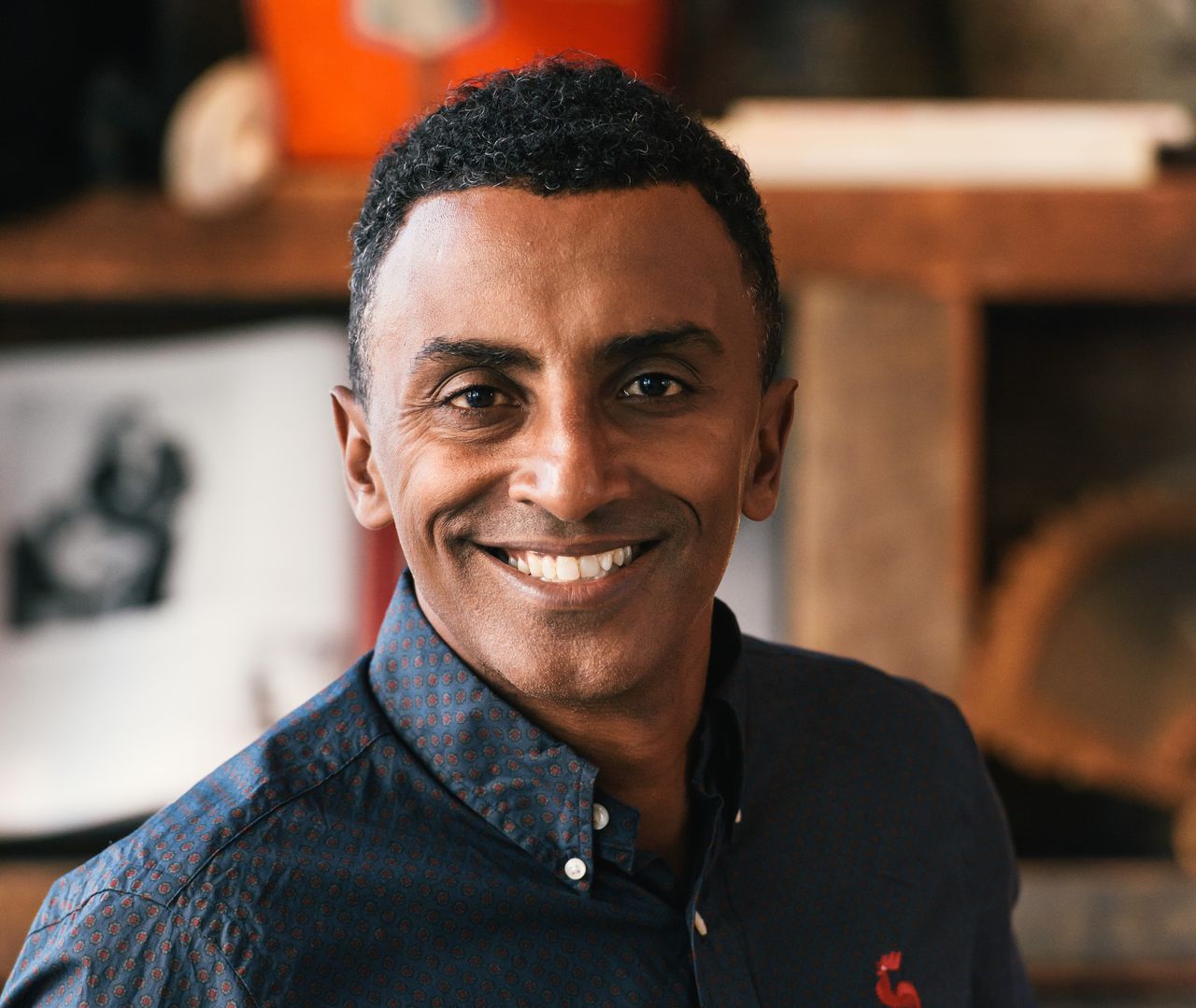