Sonia Buchanon walks in front of the closed Food Lion on Hwy 501 toward her home on Cedar Drive. She cuts behind the empty store toward a wooden bridge and into a small patch of woods where residents have carved out walking trails to and from the former grocery store.

For the last two weeks, Buchanon has made the two mile walk from her home to Walmart on Seaboard Street to do her grocery shopping. Friday’s trip was light with three plastic bags dangling from her left hand.

The walk is significantly longer than the 10-minute round trip to the Food Lion that was less than a mile away. It takes Buchanon over an hour to get to and from Walmart.

Residents, advocates and experts say the closing of The Food Lion will exacerbate the struggles of a predominantly Black and Latino community where a little over a third of residents live below the federal poverty line and over 30{c33c21346ff5e26ab8e0ae3d29ae4367143f0d27c235e34c392ea37decdb8bed} of households use Supplemental Nutrition Assistance Program (SNAP) benefits, according to Census data.

The COVID-19 pandemic only worsened conditions for food insecurities and those unemployed. Before the pandemic, the community’s average unemployment rate was 25{c33c21346ff5e26ab8e0ae3d29ae4367143f0d27c235e34c392ea37decdb8bed} percent according to Census data.

The stores closing leaves a void of fresh produce and high-quality meat that residents will have to replace with canned and processed foods that line the shelves of a few scattered convenient stores in the neighborhood. Another alternative is making the 45-minute walk or bus ride to the nearest grocery store.

According to Census data, just under a quarter of residents have no car and a grocery store within walking distance was their lifeline to healthy and affordable food. Kevin Johnson grew up in the area and has seen businesses, retailers and stores come and go. He feels bad for those without a way to get around.

“A lot of people don’t know where their transportation is going to come from now,” he said.

Messages seeking comment by The Sun News were left with The Food Lion and the property management company for the building. Food Lion officials did not provide any details about the store’s closing just off U.S. 501 in the heart of Myrtle Beach, but encouraged residents to shop at their Kings Highway location, more than two miles away. Genesis Property Management company has yet to respond.

“We routinely evaluate our store locations as part of our ongoing efforts to best serve our customers, and as part of these evaluations we made the difficult decision to close our store,” Food Lion said in an email.

A desert by the ocean

The Food Lion closing leaves behind a food desert, a low-income neighborhood where there is no access to affordable and healthy food within one mile, according to the United States Department of Agriculture.

“In communities where there’s a food desert, there’s also a desert of other resources a well,” said Fredanna M’Cormack McGough, chair of the Department of Health Sciences at Coastal Carolina University.

Food deserts can be indicators of areas that also lack accessible healthcare, jobs and housing which makes them even more dangerous, said McGough. She said that over time children will be exposed to unhealthy foods, causing both their mental and physical health to suffer.

“When we talk about malnourishment in children, we think about under-nourishment but sometimes it can be over-nutrition causing things like obesity,” McGough said.

Adults have the same risks but at a more severe level. Diabetes, heart disease, strokes and certain types of cancers will likely become more prevalent, said McGough. The added stress of providing food for themselves and family will only have a negative impact on mental health.

“People may actually end up using gas stations for their grocery needs, which usually do not have a lot of fresh fruits and vegetables.” she said, adding that foods from these stores “have high sodium and fat, and are highly processed.”

Cheryl Carline moved behind the Tradewinds Plaza Food Lion earlier this year. She wanted to live close to a grocery store, and the short walk would be gentle on her back. The weekly specials at Food Lion also made things affordable, she said.

“I was really counting on Food Lion being right there,” said Carline, who walks with a cane and doesn’t have a car.

Her most recent journey to the nearest Food Lion for a Christmas meal of ham, cabbage and soda took Carline nearly an hour on foot. Her partner came with her to help carry the bags.

“It was heavy,” Carline said. “Even the little jars added to the weight.”

She said she was lucky and had enough money and time to catch the bus back near her home on Alder Street. It was still a 20-minute walk home from the bus stop.

The Christmas food ran out by Sunday and Carline walked to a nearby gas station to get some snacks and drinks. Another trip to the grocery store would’ve been exhausting and required extra planning, she said.

Dangers of a food desert

Cheryl Adamson runs Palmetto Works, a nonprofit that, among other things, helps provide fresh produce to the Conway community. Giving people the option for healthy, locally grown food is important for Adamson, who knows the risks an unhealthy diet can have, especially in the Black community.

Heart disease, hypertension and diabetes become more prevalent when food deserts occur. Black people ages 18-49 are two times as likely to die from heart disease than whites and those ages 35-64 years are 50{c33c21346ff5e26ab8e0ae3d29ae4367143f0d27c235e34c392ea37decdb8bed} more likely to have high blood pressure than whites, according to the Center for Disease Control.

“People don’t recognize the impact that food insufficiency has on families and communities and then healthcare systems,” Adamson said. “This definitely impacts the morbidity rates in African American communities primarily, where you find a high rate of diabetes and hypertension.”

A 2017 study published by Duke University found that food deserts led to premature deaths in adults and educational issues with children, all stemming from the lack of healthy food options nearby.

“Food deserts are indicators of more than just socioeconomic injustice; they indicate public health and safety concerns for those living within their borders. Residents with a chronic lack of access to adequate food resources are shown to have higher rates of diabetes, obesity, and cardiovascular disease,” researchers found.

The study said struggling families will rely on fast foods or processed foods out of convenience.

That was the case when a Bi-Lo shut down in 2016 in Conway and reopened as a Harvey’s Supermarket, Adamson said. During that time “the quality of the food diminished drastically, the quality of the meat, and two-thirds of the produce section was reduced, and they put in sweet drinks,” she said. The Harvey’s closed in 2019, leaving a hole in the community.

Adamson took it upon herself to fill that hole and used her nonprofit’s small storefront to sell produce to the neighborhood.

Myrtle Beach Councilman John Krajc said the city hasn’t received any complaints about food availability. If they do, they’ll be working to find solutions. In the meantime, Krajc said, nonprofits and food banks have been helpful in ensuring that residents are fed.

“We’ve got a lot of good food banks locally, if that becomes an issue that food relief is needed,” he said.

‘There’s nothing I can do’

Kelley Ross lives in a house in the neighborhood run by New Directions, an organization that provides shelter and resources for the homeless. None of the women have cars, so they relied on the grocery store for food within walking distance. The store would also donate food to the shelter, a practice that is in jeopardy after the closure, Ross said.

“We have a lot of disabled women and older ladies that aren’t capable of walking,” she said.

Ross added that the shelter lets the women rent out bikes, but not everyone can ride. Many of the women living in the shelter have no income and can’t afford a cab to the store for groceries, she said.

For Shawn Barnes, the departure of Food Lion cost him a job. He lost his sanitation job when the store closed because he wasn’t able to transfer to another store due to scheduling conflicts with his overnight job at the Krispy Kreme.

“There’s nothing I can do about it,” he said. “It would’ve been a further walk but it was still employment. A job is a job and I enjoyed working.”

Barnes recently moved into the Fountainbleau Inn with his partner and young son James after moving out of a New Directions shelter. Barnes’ room was a 10-minute walk from his old job. Now the family takes biweekly walks to Walmart to shop. James leads the way most days by riding his toy scooter up front for the 45-minute trip.

On Monday, Barnes, who says Walmart’s grocery prices are a bit higher than his former employer’s, stood next to the Food Lion’s “For Sale” sign waiting for the payday loan store next door to open.

“Just so we’re able to get things that we need, you know, without blowing money until we get paid,” he said while James rode his scooter in the empty parking lot. “Lately we’ve been going back and forth to the food bank.”

Gerard Albert III reports on any and everything in Myrtle Beach for The Sun News. Albert was editor-in-chief at Florida International University’s student newspaper. He also covered Miami-Dade and Broward County for WLRN, South Florida’s NPR station. He is an award-winning journalist who has reported throughout South Florida and New York City. He enjoys balancing the discipline and conviction in journalism with finding creative ways to find the truth and report it. Si, hablo espanol. 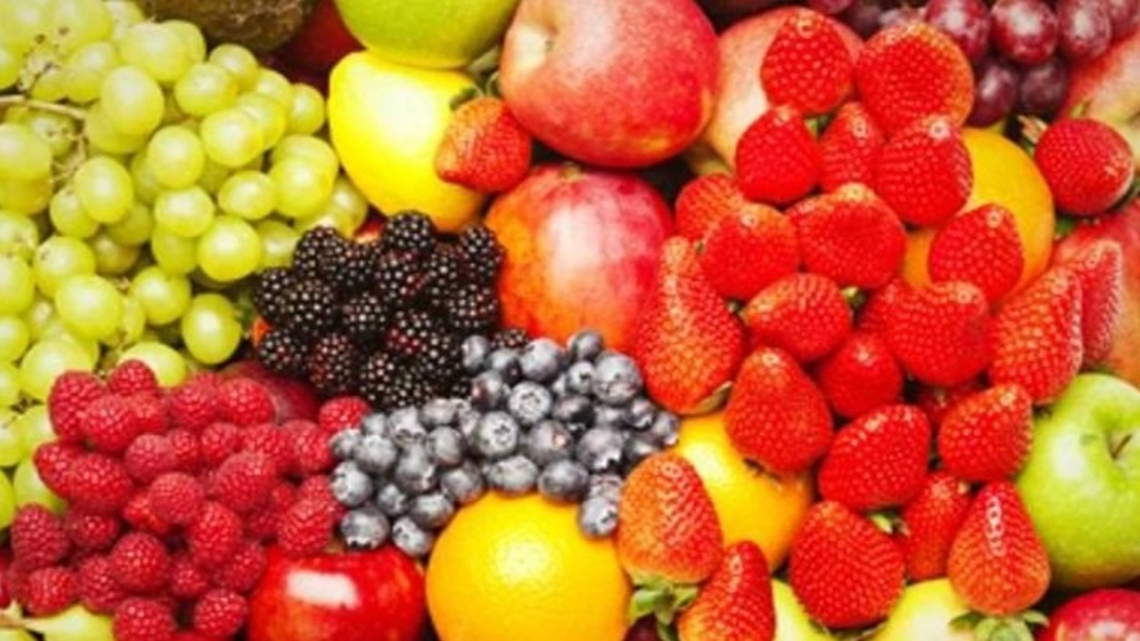 Ways to eat healthier for the new year

Joyful Connection Is Part of Healthy Eating Too