The government’s new anti-obesity drive will not include any new taxes to discourage people from buying unhealthy food, the government has said.

Health minister Helen Whately said on Monday there was evidence that the government’s levy on sugary soft drinks had worked by encouraging companies to reduce the sugar content of their products.

But she said the package announced on Monday would not include further tax measures and instead focus on other interventions like an NHS Weight Loss app and a restrictions on advertising and buy-one-get-one-free offers.

The announcement will disappoint some health campaigners and doctors who have said tax incentives on junk food could encourage people to make healthier choices, an in particular stem an epidemic of childhood obesity.

“In the policies that we’re introducing today, there’s two sides of it: one is to support people in changing some of their lifestyle in making better choices, in losing weight where they want to lose weight,” the minister told the BBC.

“That’s for instance giving people access to an NHS weight-loss app so that people can follow a 12 week programme, be healthier, eat healthier, lose weight.

“The other is to control some of the influences that mean people are making less health choices than they might want to – so that’s looking at the advertising, the buy-one-get-one-free offers, those sorts of things so that people are making the kind of choices that they probably want to make.”

During the general election campaign Health Secretary Matt Hancock declined to rule out a new tax on certain sugary and fatty products. Such a policy had been backed by the former chief medical officer Dame Sally Davis, who was replaced by Chris Whitty last year.

Campaign groups as Action on Action on Sugar and Action on Salt have said that the government’s policy of letting manufacturers self-regulate the content of their foods has failed and was leading to an epidemic of childhood obesity.

The NHS in England says there were 11,117 hospital admissions in 2018-19 directly attributable to obesity and 876,000 where it was a factor, an increase of 23 per cent on the previous year.

The think-tank the Institute for Fiscal Studies (IFS) said the policies unveiled by the government could have a positive effect on healthy consumption, but that firms might try to find loopholes.

In a research note the organisation said a ban would still leave “fast food restaurants are free to advertise products such as carrots or fruit boxes” and that they could also choose to shift advertising to different media or to non-restricted programmes.

“If advertising of these healthier products increases consumption of less healthy, but similarly branded, alternatives, then the policy could be less effective than hoped,” they said.

But it says research shows 60 per cent of all television advertising for food that might be covered by such a ban is shown pre-watershed.

Rebekah Stroud, a research economist at IFS, and one of the authors of the research, said: “The majority of television adverts that people see for unhealthy food and drink are shown before the 9pm watershed. However, the extent to which banning these adverts will reduce obesity will depend on whether firms increase advertising at other times or on other media, and on how advertising affects what people choose to eat and drink.”

All the new rules in the government’s obesity strategy

Have these men found the secret to healthy weight loss?

Mon Jul 27 , 2020
Dan Church lost weight on the Man v Fat football programme – Tony Buckingham The word ‘diet’ conjures a thousand images of women counting calories; of slimming clubs and weight loss shakes, and the need to get ‘swimsuit ready.’ Yet for men, so long left out of the weight loss […] 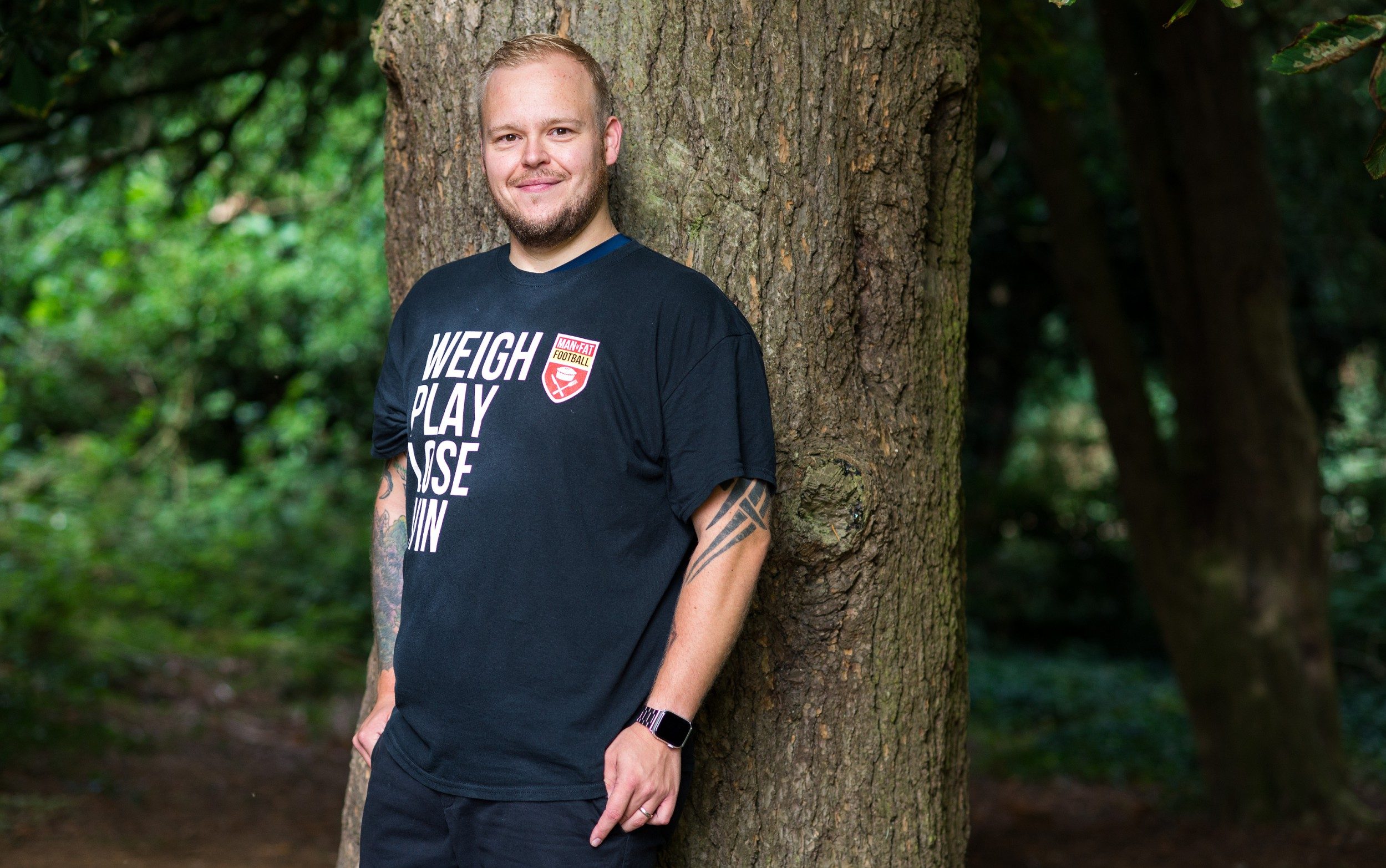