Welcome to Parla’s Pastas, a bi-weekly column by the Rome-based, New York Times best-selling cookbook author Katie Parla. Here you’ll find traditional and inspired recipes from Italy’s 20 regions. Get ready for a carb-driven journey through the trattorias of Rome, the kitchens of Sicily (her ancestral homeland), rural Campania, and beyond. Fire up a pot of water, and andiamo!

Gricia should be a household name. The pillar of Roman cuisine hits the high notes of Central Italian food with its sauce of pleasingly pungent Pecorino Romano, fat-rich guanciale, and coarsely ground black pepper. Like amatriciana and carbonara, Rome’s better-known pastas, gricia achieves bold flavor using surprisingly few ingredients—yet never had its viral moment. It’s about time: Guanciale and pecorino play lead roles, rather than being muted or mellowed in the background.

Roman cooks claim that gricia originated in northern Lazio, deep in the Apennine mountains. Shepherds introduced city-dwellers to the dish over a century ago, and it stuck.  Indeed, it would go on to inspire Rome’s other iconic pastas: Spiked with tomato sauce, it became amatriciana. Enriched with egg, it birthed carbonara. But despite the worldwide renown of these later creations, gricia never got its due—even if it’s still a pillar of the Roman trattoria.

These days, gricia is my go-to order at Salumeria Roscioli, a gourmet deli and restaurant in Rome’s centro storico. There, crisp cubes of guanciale mingle with “al chiodo” (not quite al dente) rigatoni and three distinctive, aromatic types of black pepper.

When I have friends in town, I take them to Armando al Pantheon (a block from, you guessed it, the Pantheon), where chef Claudio Gargioli softens the guanciale with a splash of white wine. The porky strips get caught in the strands as you twirl.

Gricia alla Katie? For starters, I’m a rigatoni girl: Who can resist those porky bits that settle inside the tubular architecture? Guanciale-wise, I spring for rectangles, as opposed to cubes, which crisp up nicely (see note below). The sauce is inspired by my local, Cesare al Casaletto, a trattoria several blocks from my apartment. It’s outstandingly silky. I replicate it at home by cooking the pasta halfway in lightly salted water to compensate for the very salty pecorino, then add it to the pan with a ladleful of pasta water, a healthy dose of guanciale, and its flavorful rendered fat. The key, I’ve learned, is to swirl the pasta as it finishes cooking to achieve a perfect mantecatura (emulsion). To replicate and get that perfect bite, use your senses, rather than a timer, to determine when the pasta is done and has the perfect bite. Last come generous cranks of black pepper, and enough finely grated Pecorino Romano to glue it all together. Make it today to be instantly transported to the animated trattorias of Rome no matter where you are.

Note: If you fancy crisp guanciale, cook it over medium heat and transfer it to a plate, leaving the fat in the pan, while you prepare the dish. Then add the crisp guanciale with the pasta before plating. If possible, seek out guanciale with a simple black pepper and salt cure, rather than one flavored with fennel, garlic, or chile. The dish is all about the pure flavor of black pepper.

Thu Sep 29 , 2022
Third-wave and specialty coffee industry mostly focuses on medium and lighter roasts. But dark roasts have their place, too. They are less acidic, have bolder flavors, and hold up well to the addition of milk for a delicious latte or cappuccino. Not all dark roasts are created equal. For example, […] 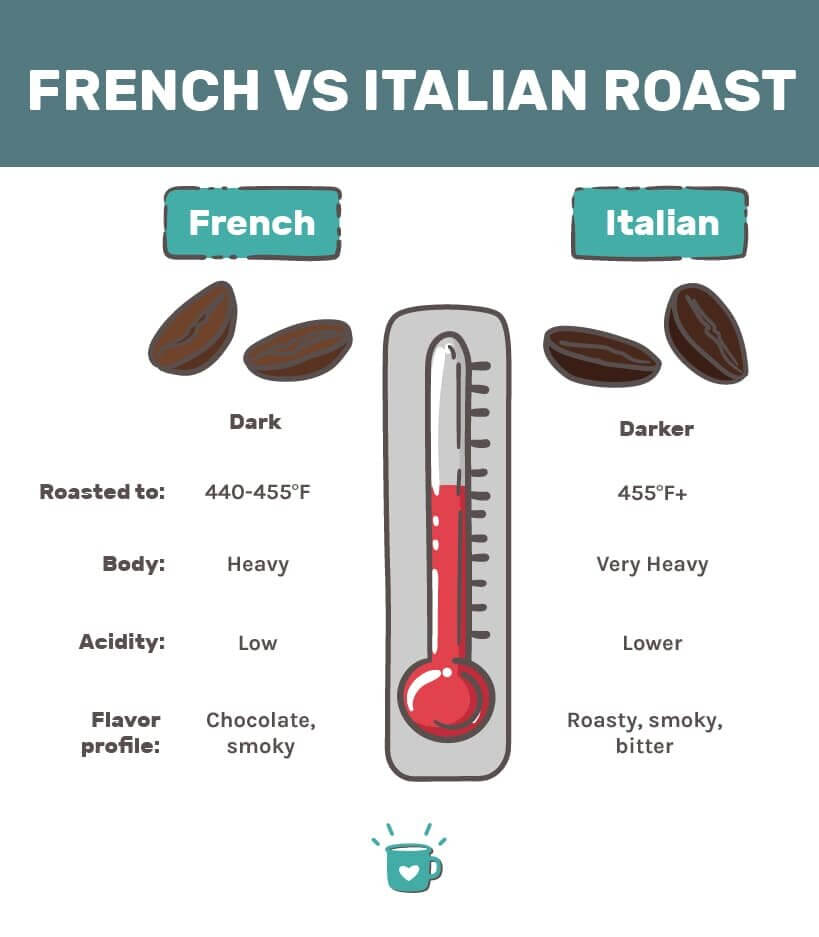