Mark it, on the seventh of September in the Year of Our Lord Two-Thousand and Twenty-Two, the Great Pumpkin Spice War came to its restful end. And that victor was that now ubiquitous autumnal blend (though it is pretty much available year-round at this point). Merriam-Webster, the keeper of record for words and their uses, has officially recognized and codified pumpkin spice.

That’s right, pumpkin spice—as well as lesser-used variant pumpkin pie spice—have joined 369 other words to be added to the Webster’s Dictionary this month. The term for the warming fall-flavored spice blend is now officially “a mixture of usually cinnamon, nutmeg, ginger, cloves, and often allspice that is commonly used in pumpkin pie.”

So how does a word or phrase get selected to live on in perpetuity in the annals of dictionarydom? Per Miriam-Webster, the word must find continual and common usage amongst a large group of people over an extended period of time.

The dictionary chronicles how the language grows and changes, which means new words and definitions must continually be added. When many people use a word in the same way, over a long enough period of time, that word becomes eligible for inclusion.

Pumpkin spice joins the like of sponcon, yeet, sus, metaverse, altcoin, and oat milk as the newest officially recognized words in the English language.

It’s been a long time in the making, this pumpkin spicing of the dictionary. The term has been around for nearly a century, but it wasn’t until the last 20 years or so that pumpkin spice really started to grab the attention of the world at large—thanks in no small part to a certain green-hued coffee chain and their peculiarly-flavored seasonal latte. With the ever-increasing popularity of pumpkin spice, it was really only a matter of time before it was officially recognized and defined, but one can’t help but wonder if that timeline was sped up by the encroaching pan-seasonality of it all as well as the pumpkin spicing of literally any and all foodstuffs.

Wed Sep 14 , 2022
Chicken Enchilada Dip is a creamy, cheesy, spicy chicken-filled enchilada dip, a hit with everyone who tries it. Chicken Enchilada Dip If I can turn a dish into something eaten on a tortilla chip I am totally in! Chips and dips get to the core of this savory girl every […] 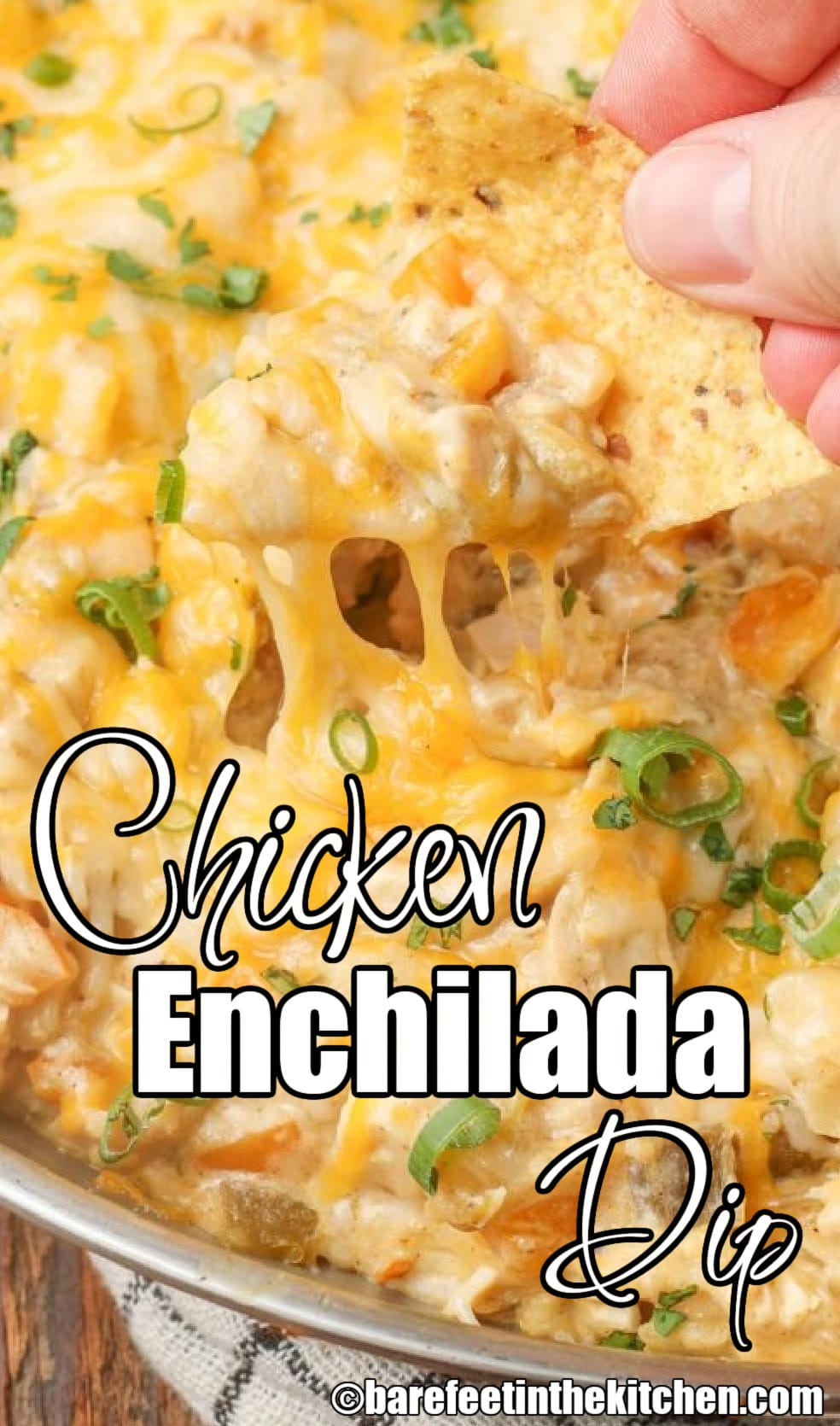