Some so-called “healthy fruit” snacks such as raisins are as bad for you as a chocolate bar, the author of a major review of UK food policy has warned middle-class parents.

Henry Dimbleby, the founder of the Leon restaurant chain, also took aim at major retailers such as Marks & Spencer for “genuinely misleading” customers by selling sweets such as Percy Pigs with large amounts of sugar in them.

Mr Dimbleby was unveiling the first part of the Government’s National Food Strategy which calls for free school meals for an additional 1.5 million children in a household on Universal Credit, and for poorer youngsters to be fed during the school holidays.

The 110-page report – the first independent review of UK food policy for 75 years – said that obesity was a “national emergency we can no longer afford to ignore” and that the coronavirus pandemic had “given a new urgency to the slow-motion disaster of the British diet”.

Mr Dimbleby, who said he struggles with his own weight, said he wanted to combat the notion that obesity was a problem for poorer families, pointing out that a fifth of people from well-off households are obese.

Part of the problem was that well-meaning parents were giving children unhealthy snacks such as raisins which were “clothed in a veneer of goodness and actually may be no better for you than a Mars Bar”.

The report says: “Food packaging is increasingly littered with boasts that, if not quite lies, are at least wilfully misleading.

“‘Low fat’ often means high starch, but it never says so. The words ‘free from’ and ‘less’ are sprinkled around without context. ‘Free from’ refined sugar, but rigid with fruit sugars?

“Nutritional values – calories, salt, sugar etc – are given “per portion”, even when a portion bears no resemblance to the quantity on offer.

Mr Dimbleby took aim at M&S for its Percy Pig sweets which were marketed as containing all natural fruit juice and sold at child-height in stores, and yet its first four ingredients listed are forms of sugar such as fructose syrup and glucose-fructose syrup.

He said: “I think that is genuinely misleading … the reason I pick M&S is because they have integrity as one of their values, but it is rampant in the food world – you know, low fat (food) which is actually high in sugar, or free from this and that.

“I think CEOs do have to respond to commercial pressures but they are not innocents, bobbing about on the waters of commerce, unable to take any value-based decisions.

“I think they do need to take a look at what they’re doing. I think boards in these companies very quickly, if they were to ask these questions, could, without any need for regulation from the Government, improve the system a lot.

“I think it’s time they realised that they have been putting their heads in the sand for too long.”

Mr Dimbleby said he was not calling for a ban on sweets, or that they should be sold in plain packaging like cigarettes are.

He said: “There will always be a place for sweets and treats and things that deliver short-term pleasure and do us no good at all.

“I once attended a children’s party where the only food on offer was carrot sticks. In the tearful eyes of the young guests, I glimpsed a joyless world.”

Mr Dimbleby declined to offer any dieting tips to Boris Johnson, who has lost 19 pounds since he was hospitalised by coronavirus but disclosed that the Prime Minister had described a previous weight loss regime as the “Project whippet”.

Mr Dimbleby said the second part of the food strategy – to be published next year – would be whether sugar taxes should apply to other foods to force manufacturers to formulate alternatives.

Mr Dimbleby said it would be too “onerous” for independent restaurants and cafes which often have different menus from day to day to mirror larger chains and post calorie estimates next to meals.

He also hoped that after the UK stops following European Union guidelines at the end of this year more public bodies such as schools – freed from EU rules – might source more “British-grown food”.

An M&S spokesperson said: “All our products have clear labelling so that customers can make informed choices about what they buy.

“All our Percy Pigs are made with natural fruit juices and no artificial colours or flavourings and last year we also introduced a range of Percy Pigs with one third less sugar.”

George Eustice, the Environment Secretary, said: “Over the last few months our food industry has shown tremendous fortitude in dealing with the unprecedented challenges of coronavirus.

“We will carefully consider this independent report and its recommendations as we emerge from the pandemic and build a stronger food system for the future.”

Wed Jul 29 , 2020
Photo credit: Getty Images From Good Housekeeping Food processors and blenders are similar in theory: A container with a blade inside, topped with a lid, sitting on a stand with a motor to power it all. But that is as far as it goes for similarities. Their work bowl shape, […] 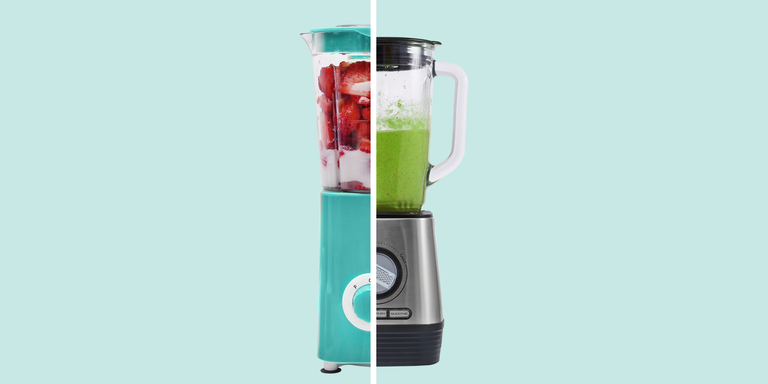