When you pick up a fast-food burger and fries or a grain bowl at a restaurant, you’re probably thinking more about the food you’re about to eat than the packaging it comes in.

But a new report finds that some food packaging—burger boxes, wrappers, disposable bowls, and bags for french fries, sides, and desserts—used at popular restaurants such as McDonald’s, Sweetgreen, and Wendy’s may contain potentially hazardous PFAS chemicals. These chemicals help prevent grease and oil from seeping through the packaging.

The report is from Toxic-Free Future, a nonprofit group, and the Mind the Store campaign, an initiative of the organization Safer Chemicals, Healthy Families. They found that nearly half of the foods that were tested—at least one item from six chains—came in packaging that had probably been treated with PFAS.

PFAS (per- and polyfluoroalkyl substances) are often called “forever chemicals” because they’re close to indestructible. There are nearly 5,000 types, and most haven’t been closely studied. Among the ones that have, many have been linked to harmful health effects, including decreased fertility, hormonal changes, high cholesterol levels, weakened immune system response, increased risk for certain cancers, and low birth weight in infants.

As our knowledge of the health effects of PFAS evolves, understanding how they get into our bodies and the environment—where they may contaminate crops and water supplies—is critical, says Tunde Akinleye, a test program leader in Consumer Reports’ food safety division. “Given the widespread use of PFAS and the emerging evidence of toxicity of many compounds in this class,” he says, “the need to identify the various sources of exposure cannot be overstated.”

Why PFAS in Food Packaging Is a Problem

The presence of PFAS in food packaging may not initially seem problematic to consumers, says Graham Peaslee, Ph.D., a professor of experimental nuclear physics and of chemistry and biochemistry at the University of Notre Dame, who has conducted research on PFAS in food packaging. That’s because after all, “you don’t eat the wrappers,” he says.

Yet PFAS are finding their way into our bodies. Studies involving people over 12 years old in the U.S. population have detected them in nearly everyone tested.

Direct migration from packaging to food is one possible means of exposure, says Leonardo Trasande, M.D., director of the Center for the Investigation of Environmental Hazards at New York University, and the author of “Sicker, Fatter, Poorer” (Houghton Mifflin Harcourt, 2019). Some research has shown that people who cook at home more often may have lower levels of PFAS in their bodies.

But these chemicals are also used in a wide variety of products, such as some nonstick pans, waterproofing gear, and firefighting foam, and they’re used to make carpets and fabrics stain-resistant. The manufacture, use, and disposal of these products—along with food packaging—could contribute to exposure, either directly or through environmental contamination.

PFAS in food packaging builds up in the environment and in drinking water and food because of what happens when we dispose of that packaging, Peaslee says. Once they go into landfills, the chemicals can freely migrate, making their way into our food and water supply.

Alternatives to PFAS exist for all these types of packaging, according to Peaslee and the authors of the report, meaning it’s possible for chains to switch to less problematic products.

But companies must take care not to switch from one known problematic PFAS to another PFAS we know less about, Trasande says. That’s why he agrees with a number of a scientists who think that instead of trying to regulate thousands of related chemicals one by one, they should be regulated and restricted from certain uses as a class.

“Otherwise, we’re going to be chasing our tail for decades to come and setting ourselves up with an entire generation of people that are affected by these chemicals, only to find out later that—oops—we made a mistake,” he says.

What the Report Found

In January 2020, the new report’s authors collected 38 samples of food packaging from six fast-food or fast-casual chains in 16 locations in three states and Washington, D.C. An independent laboratory tested the samples.

The lab looked for the chemical fluorine in each sample. Fluorine is a key component of any type of PFAS, which is why this is a common way to test for these compounds, Peaslee explains.

Measuring fluorine content doesn’t tell you which PFAS compounds were used or exactly how much of a certain chemical is present, but it’s “a reliable way to determine if a food-packaging material has been treated with PFAS,” Akinleye says.

There was little fluorine in most burger and sandwich wrappers in the tests, an improvement from a 2017 study that Peaslee co-authored, which found that nearly 40 percent of 138 wrappers tested contained PFAS.

The only burger wrapper that appeared to be treated with PFAS was for Burger King’s Whopper. McDonald’s Big Mac clamshell container also appeared to be PFAS-treated. Paper bags used for fries, sides, or dessert items at both chains had high enough levels of fluorine to indicate PFAS treatment, as did a paper bag for a Wendy’s dessert.

At the more health-focused chains CAVA, Freshii, and Sweetgreen, every single molded fiber bowl or tray contained fluorine, indicating PFAS treatment, sometimes nine or 10 times higher than the threshold used by the report’s researchers. These containers, often used in place of plastic, have been generally marketed as compostable, which gives consumers the idea that they’re eco-friendly. But PFAS doesn’t break down and can contaminate the environment.

“The use of PFAS is not going to be sustainable,” Peaslee says. “If chains really want to be eco-friendly, they should switch to PFAS-free bowls.”

CR asked representatives from each restaurant whether its packaging contained PFAS and if so, whether there were plans to replace it with non-PFAS materials.

Three restaurants—CAVA, Freshii, and McDonald’s—responded. CAVA said it has pledged to eliminate PFAS in its packaging by mid-2021. Freshii said it planned to roll out PFAS-free bowls “in the early part of 2021, if not before.” McDonalds said that it had eliminated significant classes of PFAS, but that “we know there is more progress to be made across the industry, and we are exploring opportunities with our supplier partners to go further.”

Burger King, Wendy’s, and Sweetgreen didn’t reply to our request for comment.

(In March, Sweetgreen announced that it planned to be PFAS-free by the end of 2020.)

Getting PFAS Out of Food Packaging

The sample size for this study isn’t large enough to say how widespread the use of PFAS still is, Peaslee says, but the study does help show that PFAS in food packaging is still a concern, especially for fiber bowls and trays.

Several other studies over the past three years have found PFAS in fast-food packaging, which has helped spur market and regulatory changes. The Food and Drug Administration (FDA) now prohibits a few PFAS chemicals in food packaging. Maine and Washington have passed restrictions on PFAS in packaging, as have cities like San Francisco and Berkeley. The New York State Legislature recently passed similar restrictions, though that bill hasn’t been signed by the governor.

At the end of July, the FDA announced that three PFAS manufacturers had agreed to begin voluntarily phasing out the use of another type of PFAS in food packaging after the agency raised concerns.

“There’s been a lot of change in the marketplace” over the past couple of years, says Erika Schreder, the science director for Toxic-Free Future and an author of the report. “We wanted to look at some of the top quick-service restaurants to see if they’ve made a change or if PFAS were still in wide use. It’s certainly disappointing to see that they are still serving food in packaging that contains PFAS.”

Consumer Reports is an independent, nonprofit organization that works side by side with consumers to create a fairer, safer, and healthier world. CR does not endorse products or services, and does not accept advertising. Copyright © 2020, Consumer Reports, Inc.

Fri Aug 7 , 2020
It may have been a while since high school biology … so … what are mitochondria? Mitochondria are “power plants in the cell that turn your food and oxygen into energy in the form of ATP.” While they’re most well-known for their energy-producing gifts, mitochondria have also been linked to […] 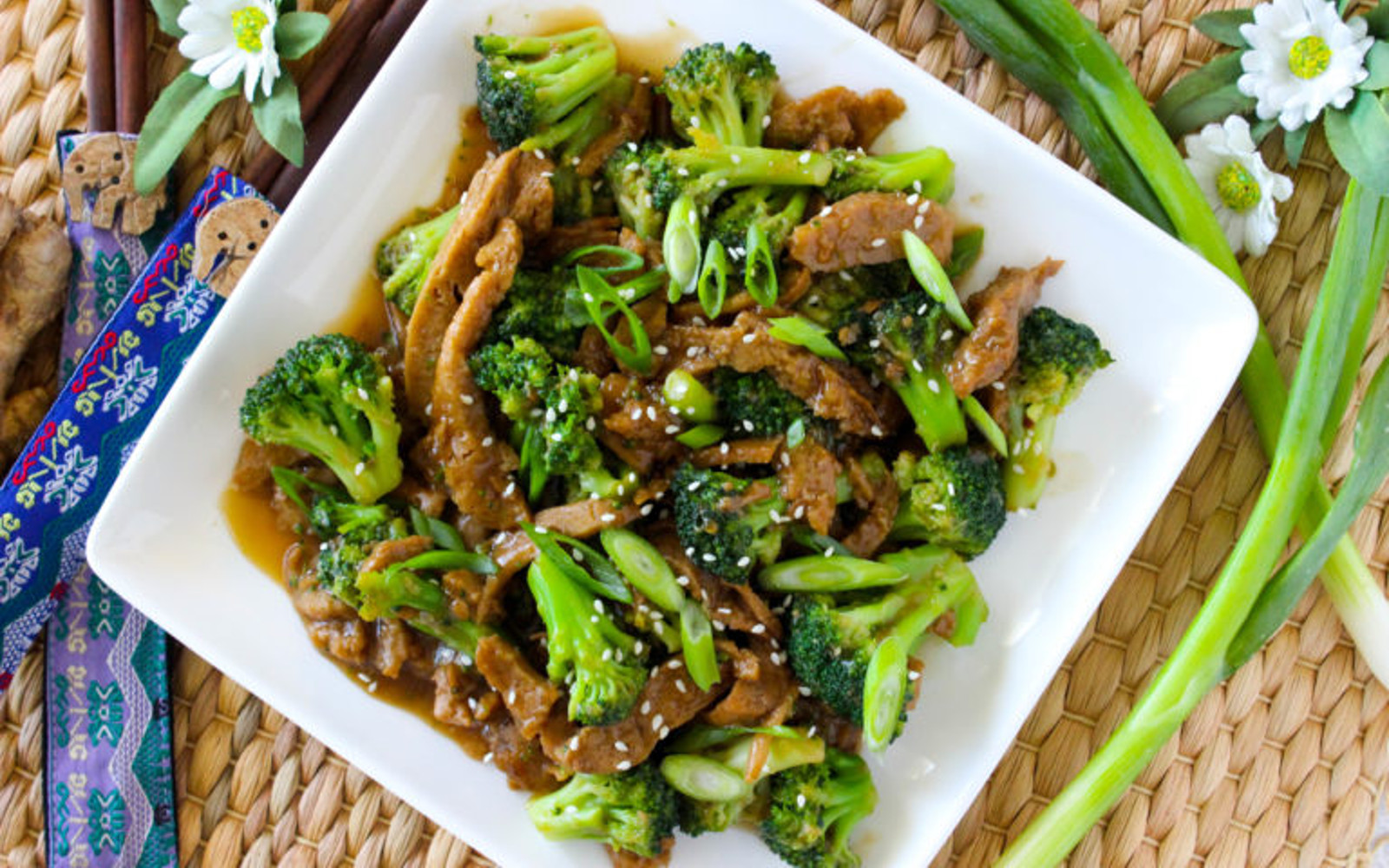