Joel James is a familiar face in the comedy scene of Rochester, and has received national recognition on comedian Kevin Hart’s series “Hart of the City.”

“I had to think of a way to make myself happy, because if I’m not creating, I’m not living,” James said.

James said that amid the pandemic, he tapped into his creativity. While already having an online social media presence on Facebook, YouTube, and more, the entertainer recently took to a new format: comic relief through a love for food, culture, music, and dance.

“I moved with my dad when I was 16, and my dad is probably one of the worst cooks that you will ever have in your life,” James said. “Some of the worst food I’ve ever tasted was with my dad. So I was like, ‘I got to cook my own food.’ I never even realized that’s why I started cooking until this interview right now.”

It invites people up close and personal into his kitchen, showcasing a variety of tutorial cooking videos.

His unique recipes embrace all cultures; guaranteed to make you hungry.

“I made one video where it was just me cooking a meal. Me just being my everyday self. Always singing, always dancing. And I put it out there and it just gravitated towards people,” he said.

“It’s my real life, these are my real dinners, my real food and I just go with the flow,” James said. “I can’t play the music because the copyright, but I play the music in my head, start dancing go ‘wooooo,’ if I am ‘salsa-ing’ this week it’s salsa. It is what it is. I just go with however I feel.

“Flames with Joel James” is gaining traction. James says he went from 11,000 followers to 82,000 and counting in just over a month. He says his mission is to help bring everyone together in difficult times.

“I’ve been around so many different ethnicities my whole life. The most of what I love, and I call my supporters of “Flames with Joel James,” my loyal family. In the comment section/ everyone is talking,” he said.

“Bringing so many different people together when racial tension is so high in the world, that’s my favorite part of what this show has done. It’s kind of bigger than me,” said James.

James can be found on his show dishing out more mouthwatering recipes. And even published a cookbook, which he plans to revise due to his success.

“I graduated from John Marshall High School, and there are plenty of kids who want to go after their goal. I’m a person from the same neighborhood as you, I go after every single thing I want to do and I make it happen and I do it for the youth,” he said.

A lesser-known Indian regional cuisine that everyone should try

Sat Aug 1 , 2020
Romy (front, second from left) at her friend Reshmi’s house. As children they would ask her dad’s colleagues to bring back a list of food from Bihar when they visited: Romy Gill I grew up in Road Number Two in Newtown, Burnpur, West Bengal: a township known for its steel […] 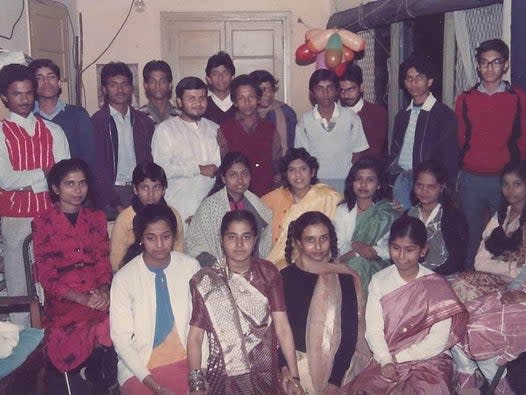