During a drive-through food distribution event on Monday, Santa Maria-Bonita School District families in the Migrant Education Program were given a box of food normally used in the school’s cafeteria along with food bags and masks from the Foodbank of Santa Barbara County. Food Service Department staff from the Santa Maria-Bonita School District prepare boxes of pasta, canned tomatoes, frozen chicken, and other healthy food options for cars during a drive-through food distribution event on Monday at the district office in Santa Maria.

In preparation for limited food distribution services during next week’s Thanksgiving break, the Santa Maria-Bonita School District gave away boxes of food to 600 district families in a drive-through distribution Monday.

The drive-through event was available primarily for families who qualify for the district’s Migrant Education Program, and the district contacted specific families beforehand to let them know about the event, district spokesman Maggie White said.

Each box contained ingredients normally used by the district’s food service department, including pasta, huge cans of tomatoes, frozen diced chicken, frozen corn and peas, and applesauce, along with recipes in English and Spanish, White said.

“Rather than have the canned tomatoes, frozen chicken and the rest go unused, the SMBSD Food Service Department preferred to give it to families at a crucial time of year,” White said.

The ingredients in each box will provide 20 individual meals, she said.

Along with boxes of food from the district’s warehouse, the Foodbank of Santa Barbara County also supplied bags filled with canned beans, cereal, rice and tortillas, as well as packs of reusable fabric masks.

“It’s a really nice effort between Santa Maria-Bonita and the Foodbank,” White said.

District Food Service Director Carlos Murta said that since the district has continued to receive food that normally would be supplied in the school cafeteria, it made sense to give it back to district families.

“We’re lucky enough to help out with food security in the community,” Murta said.

Flavors of the Delta at King & Union Bar Grocery 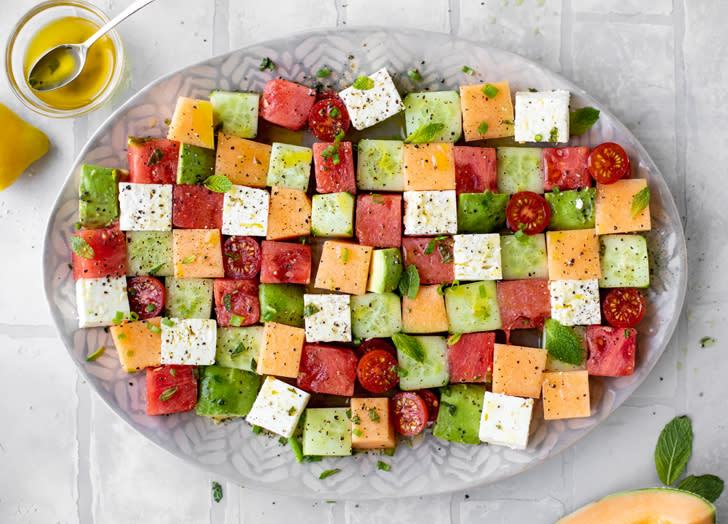 30 Cantaloupe Recipes That Are Ripe for Melon Season