Snoop Dogg has announced he’s ‘changed up’ his diet thanks to help from some of his vegan and vegetarian family members.

The rapper, who has invested in plant-based companies Beyond Meat and Outstanding Foods, made the comment in an exclusive interview with Forbes.

“With such a busy schedule, I needed to make sure that I’m taking care of myself both mentally and physically,” the celeb said.

“I needed to change up my diet a bit to help me give me all the nutrients I need to continue to be at the top of my game.

“Some of my immediate family are vegan and vegetarian so they helped me figure out the best plan with me.”

He added that adding more plant-based food and veggies into his diet has ‘elevated’ what he already knew’.

Whilst it is not confirmed whether Snoop Dogg now follows a 100 percent plant-based diet – he has regularly used his platform to promote the lifestyle.

Earlier this year, the star revealed he ‘sneaks’ plant-based meat into his family’s meals – during a video for Beyond Meat.

“You’ve got to sneak it in, man, because so many people are accustomed to a certain taste or a certain way of doing it. So you’ve got to slide it in and let it just be a way of coming in,” he said.

“And it’s ‘mmm, what is that?’. Oh, that’s something new…it’s Beyond Meat. It’s actually plant-based. ‘Oh, I didn’t know I liked plant-based’. I know. Keep eating it.”

Sun Sep 20 , 2020
Turkey might be the de facto star of the Thanksgiving show, but we’ve got great news for all our friends going meatless this year: The days of filling up on dinner rolls and sweet potatoes are long gone, thanks to satisfying holiday dishes like vegetable Wellington and butternut squash lasagna. […] 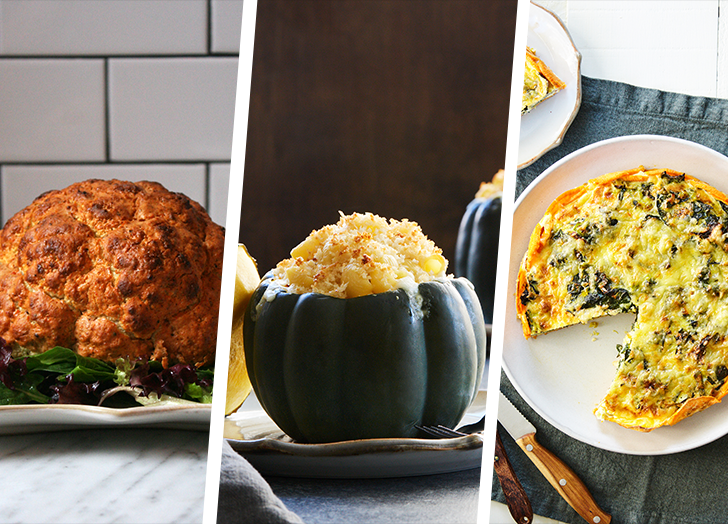