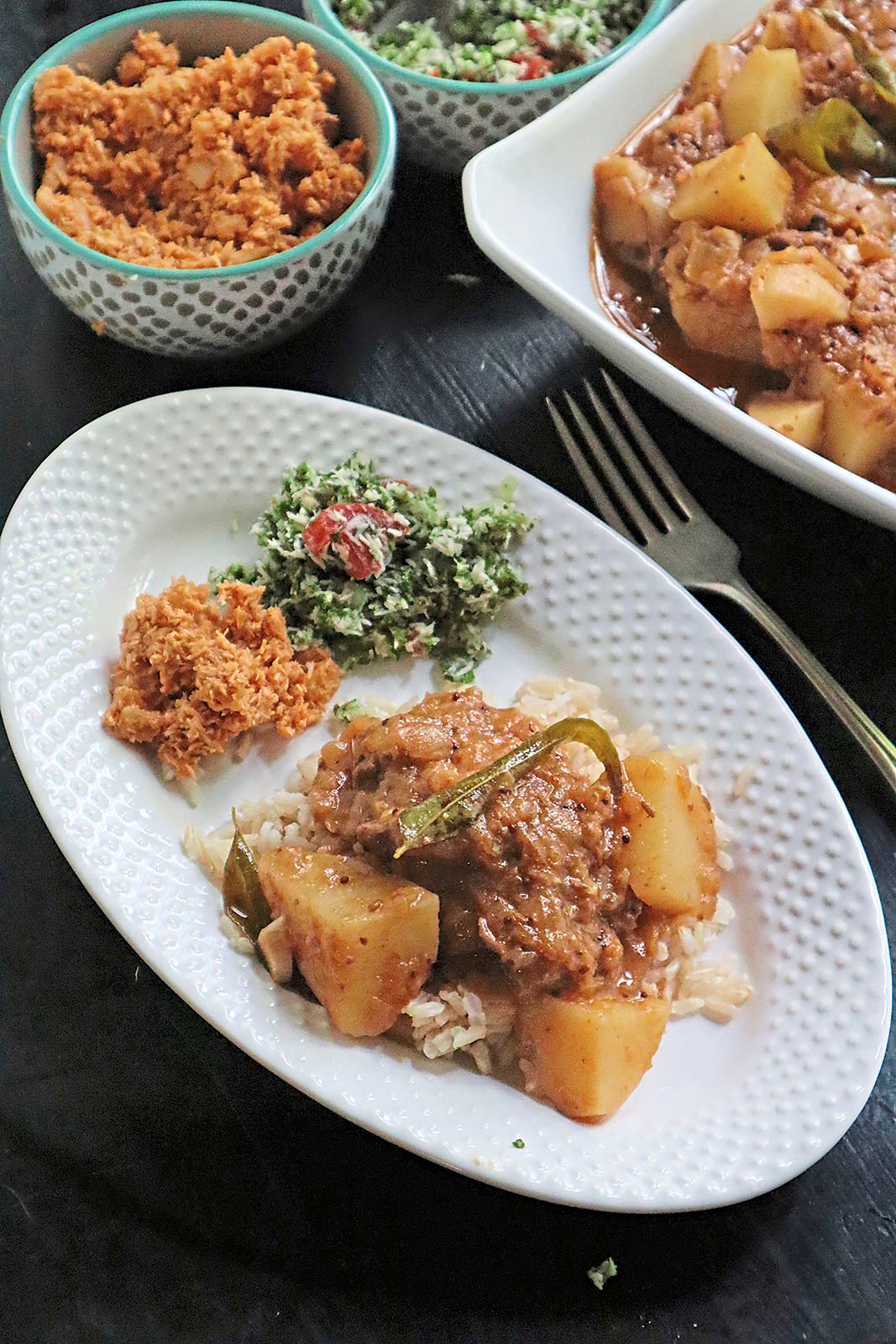 This Sri Lankan stir-fry is made with roti, fresh veggies and leftover beef curry. 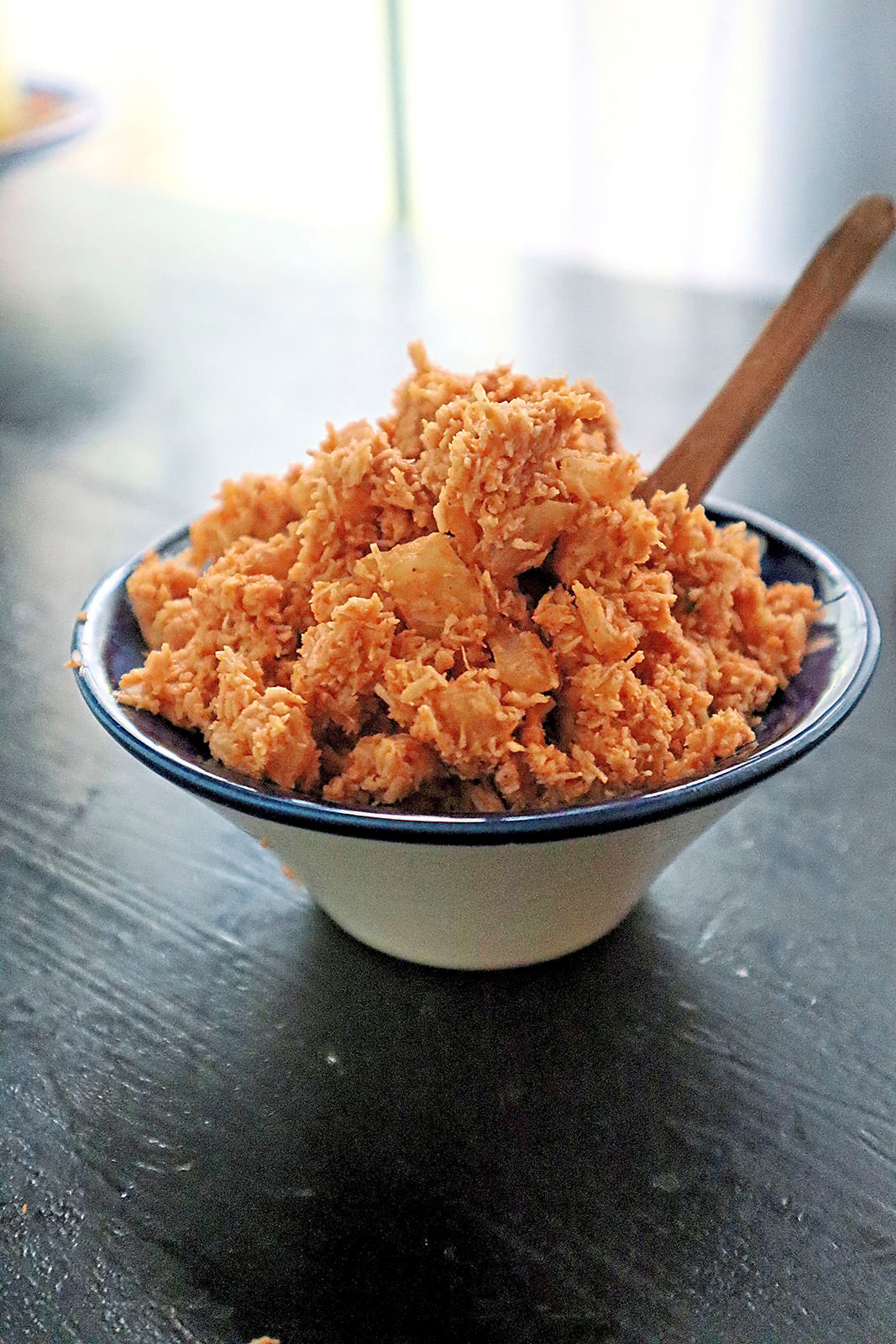 Pol Sambol, a spicy relish made with shredded unsweetened coconut, raw onion and warm spices, is always on the table during a Sri Lankan meal.

Mary Anne Mohanraj missed a lot of things when she went off to college, but the thing she was most homesick for was her mother’s cooking.

When her parents immigrated to Connecticut from Colombo, Sri Lanka, in 1973, they brought with them their fiery curries, coconut sambols and countless rice dishes.

Many of the recipes were adapted to accommodate American ingredients. Her mother, Jacintha, for instance, used ketchup instead of tomatoes because coconut milk was hard to find. But even adulterated, the foods offered a comforting and familiar taste of their Tamil culture.

Mohanraj remembers sitting in her dorm room at the University of Chicago, so desperately hungry for her mother’s beef and potato curry, that she begged for the recipe over the phone. Once in hand, “I made it over and over again,” she recalls, because that was the only way she could get to eat one.

Back in the 1990s, Sri Lankan restaurants were nonexistent even in ethnically diverse cities like Chicago because the small number of Sri Lankans who started arriving in the United States in the mid-1950s tended to be professionals. “There weren’t a lot of cooks coming in to set up restaurants,” Mohanraj notes. Also, the doctors and lawyers who made a new home here usually pushed their kids to go to college.

Even today, Sri Lankan food is hard to come by outside of New York City and parts of New Jersey, making the food unfamiliar to most. That’s a shame, because as Mohanraj’s new cookbook, “A Feast of Serendib: Recipes From Sri Lanka (Mascot Books; $40), makes clear, the cuisine’s distinctive curries, sambols, hoppers (a type of pancake) and vinegar-based pickles are as vivid as they are flavorful.

Wed Aug 19 , 2020
Giulia Zonza Photography At one point or another, most of us in lockdown will have tried out a new recipe – and failed. Perhaps you couldn’t bring your sourdough starter to life, or maybe your hand-cut noodles were too thick, too chewy or too much of a sloppy mess. At […] 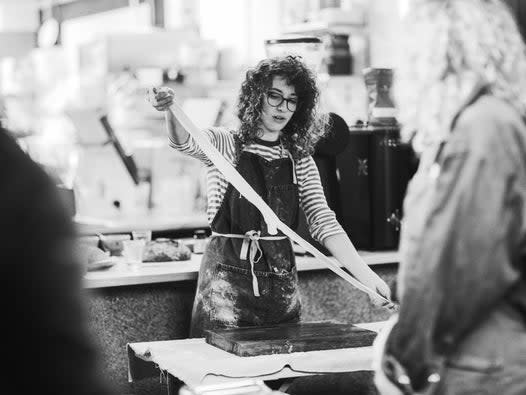