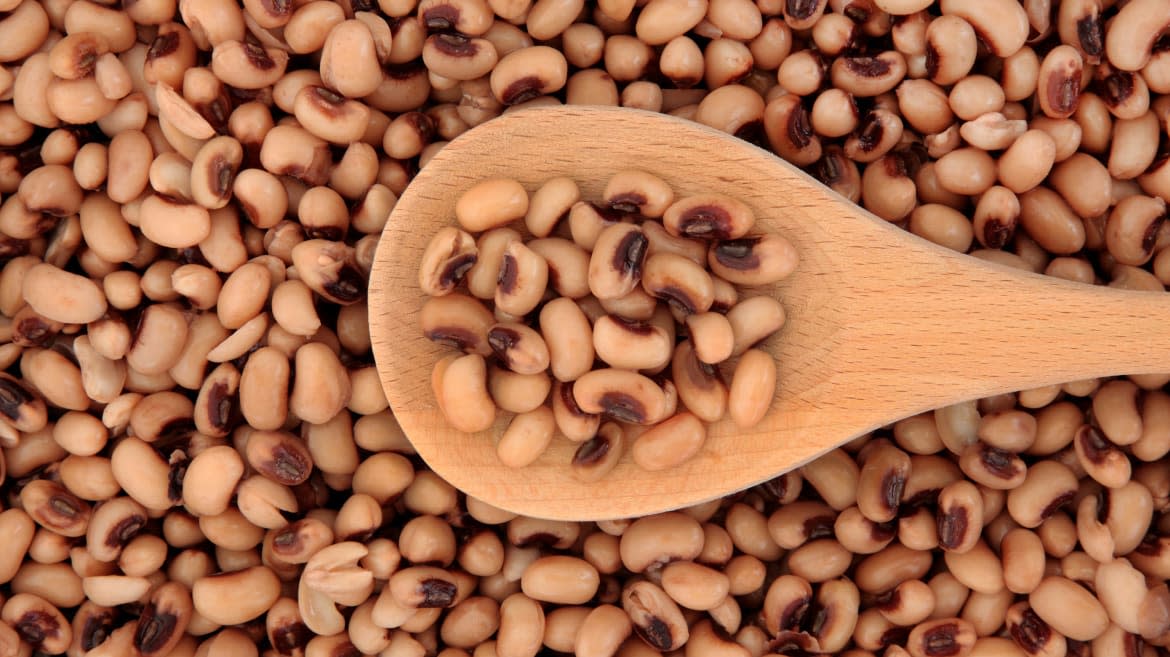 So it seems both strange and fitting that today, the first day of 2021, my family will eat a bowl of black-eyed peas over rice with a side of greens, like we do every New Year’s Day.

Closing Time: Running Out the Clock on 2020

Forget Eggnog. Hot Buttered Rum is the Drink of the Holidays.

Back in March or April of 2020, I, like so many, shored up my larder with a pile of beans. I ordered a box from the magical and fantastic California heirloom bean company Rancho Gordo; I bought lentils from the bulk supply at the health food store; I grabbed a couple of bags of Camellia red beans at the supermarket.

Beans, I figured, would get us through. One can ignore the wolf at the door for a long time with a good stock of beans. Certain members of your family may roll their eyes, but they should be reminded that the reason they still have the strength to tease you is because of the fortitude granted to them by the consumption of beans. Feel free to tell them that they are, in fact, full of beans.

I won’t pretend that the situation out here on our little Virginia farm was ever dire. My turn to survival strategies was mostly metaphorical, with a dash of “you never know,” but it was heartfelt. When facing an insecure future, it’s a smart move to acquire beans, and it is a move that resonates across cultures and across centuries.

The 11 edible seeds of the legume family known as pulses have been feeding people for something like 11,000 years. According to the Oxford Companion to Food: “Drying, the simplest way of preserving all food, is a technique particularly suited to pulses; their protein and fat content remains largely intact, while the flavor, although altered, remains good.”

I’d be hard pressed to really choose a favorite among the 11, but I can tell you that the cowpea, which is what I’ll be eating today and of which the most common in America is the black-eyed pea, is the one that means the most to me.

All sorts of Southerners—Black and white, high country and low country—seem to agree that eating black-eyed peas is required on New Year’s Day, but the stories about why we do it vary, and much has been made of the origin stories and how it is that the cowpea came to represent good fortune, mostly in monetary terms. The least convincing argument is that they look like coins, which can only be true to people who have never actually seen a coin of any kind.

Cowpeas may very well have been brought to America from Africa by enslaved people, although they seem also to have been brought by the Spanish in the 16th century. Either way: The bean originated in Africa, and played a role in keeping African Americans alive that cannot be overstated. Black cooks deserve the credit for popularizing the bean in American cuisine.

The Sephardic Jews of the early American South probably had a hand in the popularity of cowpeas, as well as their significance, since the black-eyed pea is in the Talmud and prescribed as one of the nine Simanim to be eaten on Rosh Hashanah. They are included in the holiday meal as a symbol of prosperity and fertility.

The way I see it, the way dried peas and beans swell and become more than they were implies plenty. They store well, so they not only represent having enough to eat, but also are themselves enough to eat.

I am also not exactly convinced that the collards (or whatever sort of greens you prefer) are eaten because money is green for the simple fact that money wasn’t green until the Union issued greenbacks to fund the Civil War.

I started eating black-eyed peas on New Year’s Day as a Jewish kid in Virginia because my avuncular neighbor, Wally, would serve them at his annual lunch. He always had sausage shipped in from Texas—I have a vivid memory of Wally grinning through his beard with a Bloody Mary in one hand and grill tongs in the other, making jokes in the charcoal smoke—and I believed for a number of years that the sausage was the traditional part of the meal. Once corrected, I took the tradition with me. Although I understand that in some families, the recipes are the tradition, in mine, it’s the opposite.

Watman family traditions don’t come with recipes, they just are. I’m sure I’ve never made black-eyed peas the same way twice. There are so many variables, it almost doesn’t make sense to try to make it into a recipe at all. Don’t like pork? Use a smoked turkey wing or two. Don’t like meat? Use olive oil and put a parmesan rind in the pot. Want your New Year’s Day hangover cure to be vegan? Add some tomato paste to the onions and carrots and celery as they sauté to bump up the umami.

This year, I have pork broth on hand, which is made from blanched bones, aromatics and trimmings from smoked jowls and bacon rinds that I keep in the bottom of my refrigerator. (This, too, you may feel free to omit. You can start with water, the pot likker will be wonderful. If you like making stock, go for it.)

Note that I haven’t said I’m making Hopping John. Hopping John has the rice cooked in the beans (feel free) and I actually like the rice separate, underneath the beans and the greens.

Soak the black-eyed peas—let’s say a cup of them—for a couple-few hours after rinsing and picking them over for debris. (I have a feeling people are blasé about picking their beans over for pebbles. I promise you that you will, eventually, find a rock in your beans, and it’s better to find it with your fingers than with your teeth.)

Because my smoke flavor is going to come from the stock, I’m going to use a quarter pound of salt cured side meat instead of bacon, but the technique would be the same. If you’re using bacon, use good smoked bacon, cut into chunks. Render the fat in a heavy Dutch oven or soup pot and then add some classic mirepoix—a mix of one small chopped onion, a chopped celery stalk and a chopped carrot. (I often omit carrot and celery, but never onion.) Stir them up and then add a bay leaf and about a teaspoon of crushed red pepper. Add somewhere between two and ten cloves of chopped garlic—you know who you are.

Pour in the beans and add enough stock or water to cover them by about an inch.

Bring this to a boil and let it roll for about ten minutes.

Lots of folks like tomatoes in this, and this would be the moment to add about a cup and half of chopped or crushed. Now, lower the heat, and simmer. Watch your level of stock/water. The cowpeas should be tender after about half an hour, but black-eyed peas are unpredictable. It might be ready in 20 minutes, and it might take a little longer. While it simmers, make some rice to serve it over. I like a soup plate with a pile of rice half covered in beans and half covered in collards, dashed with vinegary hot sauce.

As you eat it, think about what you want from 2021, and know that this plate is bringing you 365 days of good fortune.

Read more at The Daily Beast.

Get our top stories in your inbox every day. Sign up now!

Daily Beast Membership: Beast Inside goes deeper on the stories that matter to you. Learn more.