Corn is one of summer’s simplest pleasures. That being said, it generates plenty of debate — how to pick it, how to clean it, how to cook it and how to eat it. I would wager to say that there aren’t many wrong answers to any of those questions — it’s more about what you prefer — but if you’re looking for a few tips to perfect your corn game, read on.

[We’ll give you an earful — of summer corn recipes]

Picking. Given the current shopping restrictions at farmers markets (preordering, only staff handling the produce) and pandemic-related etiquette in grocery stores, there will likely not be as much flexibility in terms of picking your preferred ears of corn. Handling and even peeling back the husk on lots of ears was never ideal — even in normal times.

It’s still useful to keep a few things in mind. Chef, farmer and author Abra Berens says the husks should be closer to bright green, with perhaps a bit of yellowing near the tip of the cob. She also suggests looking at the silks. They naturally wither after pollination, but the drier they are toward the corn, the longer it has been off the stalk. Like a melon, an ear of corn should feel heavy for its size, which indicates it is juicy.

You may also be able to spot corn worm holes, and even if one decided to have a snack, you can often just cut off that end of the ear. “People seem to really freak out about corn worms,” says Berens, author of “Ruffage: A Practical Guide to Vegetables” (Chronicle Books, 2019). “They’re not going to hurt you.” I’m glad I kept that in mind when I found a giant one after cooking an ear this week, because after quickly hacking off the sketchy end, the corn was still delicious.

Berens says you shouldn’t be put off by dented or not fully formed kernels either, as those are more indicative of a pollination fluke (each silk is attached to a particular kernel). It may not be the perfect bite, although the rest of the corn should be fine. As far as colors go, white, yellow and bicolor are interchangeable in flavor.

Storing. Berens typically stores her corn at room temperature, as that’s how it’s most often displayed at the supermarket. “They do so much research on how to store stuff,” she says. Refrigerating is an option, especially for longer shelf life. Cook’s Illustrated notes that cool temperatures slow the conversion of sugar to starch (modern sweet corn has been bred to keep this slower, too), and the moist air of the fridge keeps the corn from drying out. It recommends stashing corn in the husk in a wet paper bag inside a plastic grocery bag when  refrigerating.

Another option, recommended to me by Jeffrey Brecht, professor of horticultural sciences at the University of Florida’s Institute of Food and Agricultural Sciences: Sprinkle the corn with ice and store it in a plastic bag, getting rid of the water after the ice melts and replenishing it every so often. He says removing the husk first prevents the leaves from drawing moisture out of the corn.

[Think you know corn? Chew on this.]

Prepping. When I have to shuck corn, I don’t feel the need to do anything fancy. I peel back the husk and the silk all the way, gather them into a bundle and snap the stalk and everything else off together. Voila. Maybe there are a few stray silks, but they’re easily dealt with (or ignored). A vegetable brush and running water can help.

Cook’s Illustrated offers another strategy: Cut off the first few inches of the ear, just a few rows above the stalk, and microwave on high for 30 to 60 minutes. Hold the corn by the uncut end, shake and let the cob fall out. When you need to remove the kernels, take the advice of some of your fellow readers and put the narrow end of the cob into the center of a Bundt pan, which will catch them as they fall. If you end up with a lot of silks in the kernels, transfer the cobs to a bowl. Fill a separate bowl with water and then dip your hand in it. Run your hand over the kernels in a circle, allowing the silks to stick to your hand. Dip your hand back in the water to rinse it off. Repeat as needed.

There are ways to get even more out of your corn, too. You can save the silks, husk and stripped cobs to make this Corn Broth. You also can “milk” a stripped cob with the back of a knife (I prefer a smaller paring knife to reduce the likelihood of mishaps) to remove the flavorful starchy liquid that’s waiting to be used in soup, risotto and even ice cream (see: Salty Sweet Corn Ice Cream) or custard.

Cooking. I couldn’t have said it better than food writer and recipe developer Ali Slagle, who just shared this tantalizing recipe for Corn and Chorizo Tacos: “The best method for cooking corn on the cob is a deeply personal matter best left to debate with relatives.” (Let’s not even get into whether corn needs butter. … No.) My favorite method is probably the easiest, at least for my current lifestyle. That would be microwaving the ears, husks and all. The kernels steam inside the husk, coming out plump, juicy and flavorful. It is easy to experiment: Less time for closer to raw, more time for cooked through. My sweet spot is about 4 minutes for one ear, 8 minutes for two and 9 minutes for three.

Berens says her go-to method is boiling, which she does for about 7 minutes. Another option she suggests is letting corn sit in just-boiled water without the heat, as you might for poached chicken or boiled eggs. This keeps the corn from overcooking. As to salting the water? Cook’s Illustrated recommends against it, finding that salt toughens the kernels.

[Summer is for grilling corn. Here are four ways to do it.]

Grilling is another popular method, and you have plenty of options — without husk, with husk, smoked and in foil (with or without ice cubes). Check out the full rundown here.

Of course, completely raw corn is a beautiful thing, too.

Need inspiration? Check out these dishes from our Recipe Finder. Okra, Corn, Tomatoes and Dill. Here’s a great example of how to make the most of the milk from the cob.

How to store peaches, corn, melons and more summer produce

Show off the best of summer fruit with these 9 simple, homey desserts

Why It's Important to Preserve Family Recipes

Fri Jul 31 , 2020
Noe Dewitt Recipes can be magical, triggering childhood memories just through taste. Maybe your great-grandmother’s lasagna recipe, brought over from the old country and passed down to you, always reminds you of Sunday dinners with the family. Or perhaps it’s your mother’s next-level turkey stuffing, a throwback to family Thanksgivings, […] 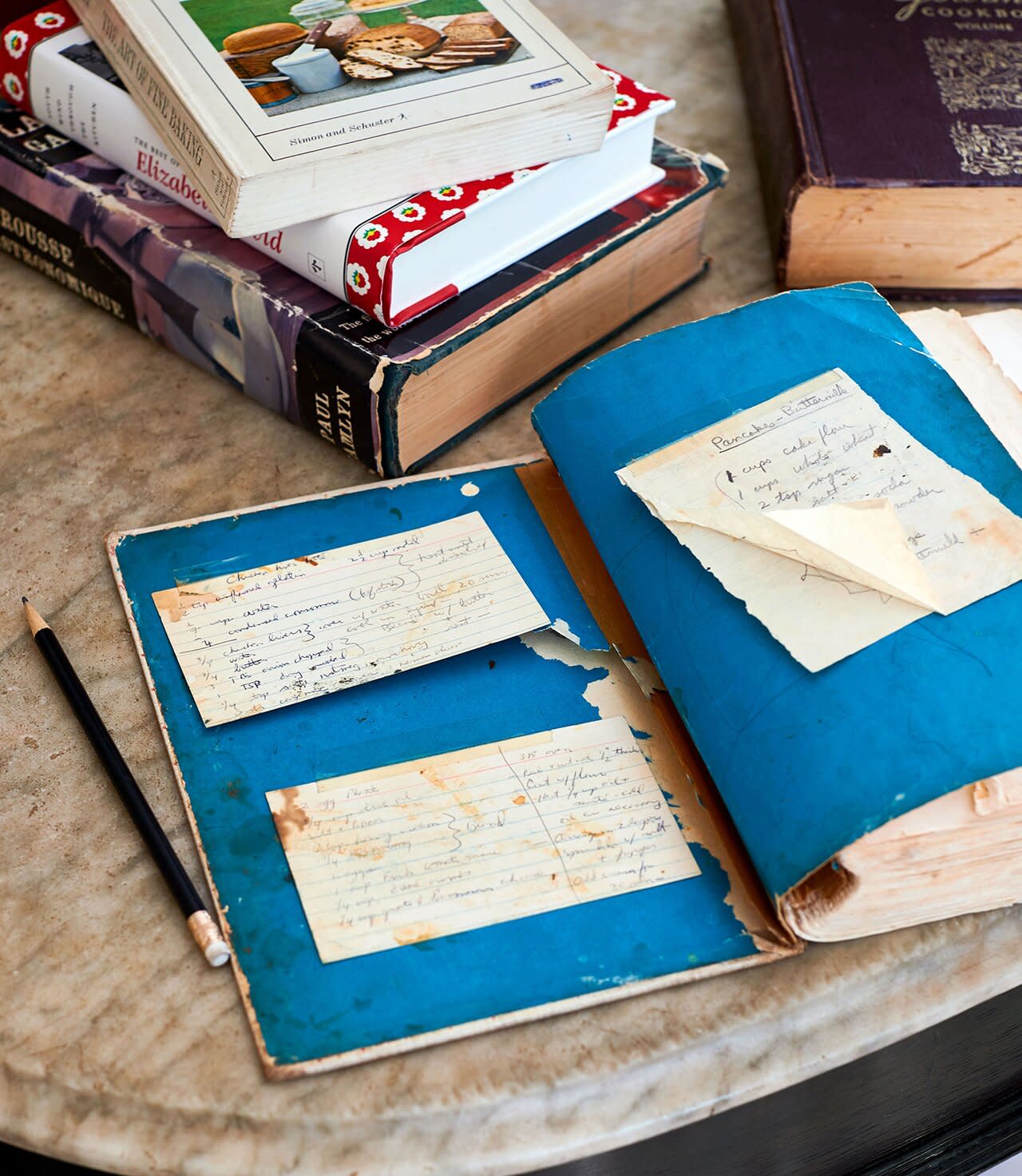