They’re disease-fighting, immune function-enhancing, mood-supporting, and weight loss-revving. No, we’re not talking about supplements or weight loss pills, we’re talking about whole, fresh plant foods—with superpowers. That’s right—to be superfoods, you don’t have to be elusive berries that you have to seek out in specialty food stores. Foods that can make a tremendous impact on your health can be found at your local grocery store.

Here’s our list of the healthiest produce you should be eating right now, and the tips you need to maximize the benefits. Read em, eat em, and reap the benefits. Read on, and for more on how to eat healthy, you won’t want to miss these 21 Best Healthy Cooking Hacks of All Time.

The world’s first Olympians circa 776 BC were rewarded jugs of olive oil for their athletic feats. And today’s health experts consider regular intake of the “liquid gold” equally valuable. Regular intake of virgin olive oil—a monounsaturated fat characteristic of the Mediterranean diet—is associated with low incidences of cancer, heart disease and other obesity-related problems as well as a lower risk of stroke. A recent study in the journal PLOS ONE showed that firefighters, a group known to have a high prevalence of obesity, who adhered to a Mediterranean-style diet rich in olive oil showed a 35 percent decreased risk of metabolic syndrome, as well as a 43 percent lower risk of weight gain. Research suggests oleic acid in olive oil can even spot-reduce belly fat! (For more: What Happens To Your Body When You Eat Olive Oil.) The health benefits have a genetic basis. Studies show phenols in virgin olive oil can effectively “turn off” genes associated with inflammation seen in metabolic syndrome.

Get the Benefits: “Extra virgin” refers to olive oil that’s been cold-pressed from olives, and is considered the freshest and fruitiest. Additionally, look for a dark tin or bottle, an estate name, the USDA organic seal and a date (don’t buy anything pressed more than 2 years ago). Then drizzle and dress (and don’t be afraid to cook) with your EVOO; researchers found it to be more stable for pan-frying at high heat than corn, soybean and sunflower oils.

RELATED: Sign up for our newsletter to get daily recipes and food news in your inbox!

Lentils are like the Chuck Taylors of nutritional all-stars—old-school, somewhat pedestrian in style, yet hugely popular the world over.  The pulse has been a part of the human diet for some 13,000 years. They’re an inexpensive form of vegetarian protein and fiber touted by health experts for its ability to reduce inflammation, lower cholesterol, promote fat metabolism, and dampen appetites. (Hence why they’re The #1 Food to Keep In Your Pantry for Weight Loss.)

Lentils are a resistant starch, a functional type of slow-digesting fiber. As it passes through the digestive tract, resistant starch triggers the release of acetate: a molecule in the gut that tells the brain when to stop eating. In fact, a systematic review of clinical trials on dietary pulses found that people who ate a daily serving of lentils (about 3/4 cup) felt an average 31 percent fuller compared to a control diet. And a second study found a diet rich in blood-sugar stabilizing foods like lentils could reduce disease-related inflammation by 22 percent!

Get the benefits:
Replacing meat with lentils can increase a recipe’s fiber content while lowering saturated fat. Swap four ounces of ground beef (280 calories) for a cup of cooked lentils (230 calories) in your chili, and you’ll boost fiber by 16 grams while slashing 22 grams of fat from your meal.

The genus name for walnuts comes from the Roman phrase Jupiter glans, or “Jupiter’s acorn,” which shows you just how godly the Romans believed the nut to be. And still today, the meaty walnut is highly regarded for its nutritional awesomeness. In fact, a new scientific study suggests a handful of walnuts contains almost two times as many disease-fighting antioxidants as an equivalent amount of any other nut! As one of the best dietary sources of anti-inflammatory omega-3 fatty acids, walnuts have proven particularly good for the heart. One Journal of the American College of Cardiology study found that consuming walnuts one or more times a week was associated with up to a 19{c33c21346ff5e26ab8e0ae3d29ae4367143f0d27c235e34c392ea37decdb8bed} lower risk of total cardiovascular disease and 23{c33c21346ff5e26ab8e0ae3d29ae4367143f0d27c235e34c392ea37decdb8bed} lower risk of coronary heart disease.

Get the Benefits: High temperatures can destroy walnuts’ volatile oils, while prolonged exposure to air can cause the nuts to become rancid. Buy walnuts raw and store them in an airtight container in the fridge (or freezer) for a heart-healthy snack that loves you back. See: 10 Foods You Didn’t Know You Could Freeze, But Totally Should.

Adults crave it, kids will eat it, even horses love it. What’s the heart-healthy whole grain seventy-five percent of U.S. households have in their pantry? You guessed it: oatmeal. Oats are rich in a type of soluble fiber called beta-glucan and the anti-inflammatory compound avenanthramide—which, together, help prevent obesity-related health problems including heart disease and diabetes. One 10-year study in the American Journal of Public Health found that eating one serving of oatmeal (1 cup cooked) two to four times a week resulted in a 16 percent reduction in risk of type 2 diabetes. A daily bowl showed an even greater risk reduction of 39 percent. And a second study showed that three servings of whole grains per day, including oats, was as effective as medication in lowering blood pressure, reducing risk of heart disease by 15 percent in just 12 weeks. Need one more reason to trade in your Wheaties? A Colorado State University study showed that oats lower “bad” LDL cholesterol levels more effectively than wheat. And research in the Journal of the American College of Nutrition suggests oatmeal may be the most filling breakfast in the cereal aisle—resulting in greater and longer-lasting feelings of satiety than ready-to-eat breakfast cereal. For more, don’t miss 7 Amazing Benefits of Eating Oatmeal.

Get the Benefits: Steel-cut or rolled oats are the least processed, and will get you the most bennies for your buck; the nutrition stats are almost identical, with steel-cut oats sitting just a tad lower on the glycemic index. And think beyond the breakfast bowl: use rolled oats as a swap for breadcrumbs, or pulse into flour for baked goods!

Recently crowned superfood numero uno, watercress may be king of the produce aisle as a nutrient powerhouse. A study report published by the Centers for Disease Control that ranked 47 fruits and vegetables by amounts of 17 disease-fighting nutrients positioned watercress at number one. Kale didn’t even make the top 10! Gram for gram this mild-tasting and flowery-looking green contains four times more beta carotene than an apple, and a whopping 238 percent of your daily recommended dose of vitamin K per 100 grams—two compounds that keep skin dewy and youthful. The beauty food is also the richest dietary source of PEITC (phenylethyl isothiocyanate), which research suggests can fight cancer. Results from a trial published in the American Journal of Clinical Nutrition suggest a daily dose of 85 grams of raw watercress (that’s about two cups) could reduce DNA damage linked to cancer by 17 percent.

Get the Benefits: A cup of watercress provides 4 calories. Yes, FOUR. So go ahead and eat the whole bag. Exposure to heat may inactivate PEITC, so it’s best to enjoy watercress raw in salads, cold-pressed juices and sandwiches.

An apple a day keeps the doctor away—just make sure you keep the peel on. While traditional advice for saving the skin was based mainly on its fiber content (an average apple provides 4.5 grams), the health a-peel doesn’t stop there. There’s a growing body of research to suggests its actually polyphenols in the peel—non-digestible compounds capable of doing everything from promoting the growth of friendly bacteria in the gut that aid weight loss to reducing cholesterol—that are responsible for the apple’s doctor defense. In fact, one study showed 75 grams of apple (the equivalent of two medium-sized apples) reduced “bad” cholesterol levels by 23 percent compared to an equivalent serving of notoriously fiber-rich prunes.

Get the Benefits: Slice up your apple of choice to eat alongside peanut butter or cheese for a light snack, cube it up to add to your morning oats, or grab one whole to follow a workout.

Of all the non-starchy “vegetables,” Americans eat more tomatoes and tomato products than any others. And that’s good news, researchers say, because tomatoes are particularly rich in lycopene, an antioxidant that, unlike most nutrients in fresh produce, increases after cooking and processing. Dozens of studies suggest a relationship between regular intake of lycopene-rich tomatoes and a lower risk of cardiovascular disease, skin damage and certain cancers. One recently published study showed men who eat over 10 portions a week of tomatoes have an 18 percent lower risk of developing prostate cancer. And a second study showed a tomato-rich diet may help protect postmenopausal women from breast cancer by increasing levels of adiponectin—a hormone involved in regulating blood sugar and fat levels.

Get the Benefits: In addition to cooking your tomatoes, consider splurging on organic. Research suggests organic tomatoes may have higher levels of disease-fighting polyphenols and vitamin C than conventionally-grown varieties.

Immunity Diet: 6 Winter Recipes For Immunity We Swear By

Wed Nov 18 , 2020
Highlights Immunity is built with time Our immunity takes a beating during season change Winter greens may help boost immunity This year winters arrived much earlier than we expected, and while we are not really complaining, we also know that there is no scope to be reckless. We have to […] 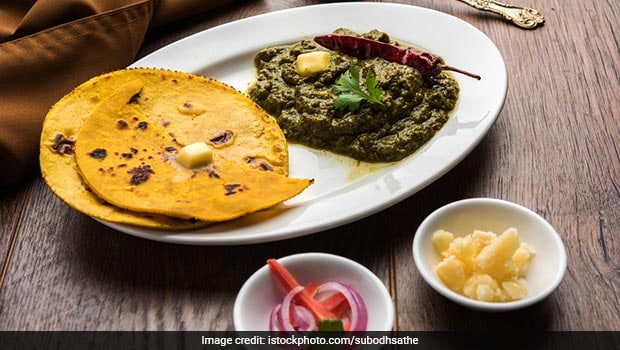