Last month, The Beet’s TikTok hit close to half a million views on the making of a VegStart Diet recipe called Roasted Carrot & White Bean Soup. The video showcased a step-by-step process on how to make the delicious soup by plant-based chef and TikTok editor, Livia Hughes, and guest taste tester, her brother Iain. In the videos, Iain doesn’t know that she’s secretly trying to make him go vegan.

This recipe video and all of the others on The Beet’s TikTok are easy to follow because the exact measurements are posted in text on top of each step. After Livia finishes cooking the carrot and white bean soup, she gives a bowl of soup to her brother, and his reaction is priceless.

After cooking and baking up a storm in her kitchen during quarantine, Livia’s experience trying to convince her brother that vegan food is delicious exceeds her initial expectations. Iain says his favorite recipe so far is the double chocolate banana bread but Livia isn’t finished with her experiment. She has many more recipes up her sleeve.

In the fall, the saga of “sneaky vegan” TikToks will continue as Livia’s next mission is to make her roommates at school try vegan foods. She plans to cook meals for them without saying: “This is vegan cheese!” Or, “these are vegan meatballs.” If you have a loved one that you’re trying to help eat more vegan or plant-based food to be healthier, watch these entertaining short videos to learn how to create the recipes from scratch. If you’re as successful as Livia, everyone will love them.

After such a big success on TikTok, The Beet called Livia and asked her for the update on Iain’s journey to go vegan — or get closer. She shared her personal cooking experiences and what her want to cook more vegan food. If you want to join Livia and learn to cook your own plant-based dishes, follow The Beet on TikTok and other social media.

The Beet: How did you get interested in cooking?

LH: Growing up my mom was always interested in cooking and we would never order take out. We would enjoy home-cooked meals as a family, so I was surrounded by it. Cooking and baking is something I enjoy and I took classes at the Institute of Culinary Education in New York one summer and learned how the bake almost anything.

TB: When did you start cooking plant-based or vegan dishes?

LH: At the beginning of quarantine, I wanted to clean up my diet since I had time to cook at home. I normally live at college where I had access to different types of food but now I wanted to learn how to cook plant-based meals specifically. Quarantine has allowed me to cook whatever I want.

LH: This sounds a bit boring but I love to make salads, since it allows me to be more creative than simply switching up a dressing. By adding little things like quinoa, you can make the salad a more substantial meal. My favorite is an arugula salad with sliced green apples, walnuts, cranberries, quinoa, with lemon citrus dressing.

LH: Originally no, but now they love it because of how good the food tastes, now that I have time to get creative with recipes from The Beet. I like to make vegan food without telling them it’s vegan and that I just made pasta or their favorite desserts without dairy or meat. I get a sense of accomplishment because there’s always a weird stigma about vegan food.

TB: What food do you sneak into your family meals?

LH: It’s usually plant-based meatballs and the popular reaction is: “Oh this is so great! Where did you get this?” Then I tell them it’s not actually meat and these meatballs are made of soy.

TB: When you go back to school, do you plan on cooking vegan for your roommates?

LH: That’s exactly what I plan on doing and I’m sure my roommates will be down with it. I cook at school since I live in an apartment and this year with COVID, my school’s meal plan has been modified and the chef that cooks for my sorority is making pre-packaged food. So, I’d rather cook my own food and cook for my roommates.

LH: Yes! So far his favorite things are my vegan desserts. He would rather eat something sweet like my vegan brownies or the double chocolate banana bread–he’s obsessed with it. Iain, my brother, thinks vegan means healthy, so it’s exciting for him to still enjoy the foods he loved prior to my swapping those for vegan cooking. I think he will eventually go vegan, but it will harder for him to eat this way when I’m back at school and not home cooking every day!

Tue Aug 11 , 2020
BURLINGTON COUNTY, NJ — Burlington County officials handed out more than 1,000 boxes and bags of food to residents who are struggling on Tuesday, officials announced. The nonperishable goods and food were handed out to nearly 300 cars during the event at the Westampton complex amid the coronavirus pandemic, according […] 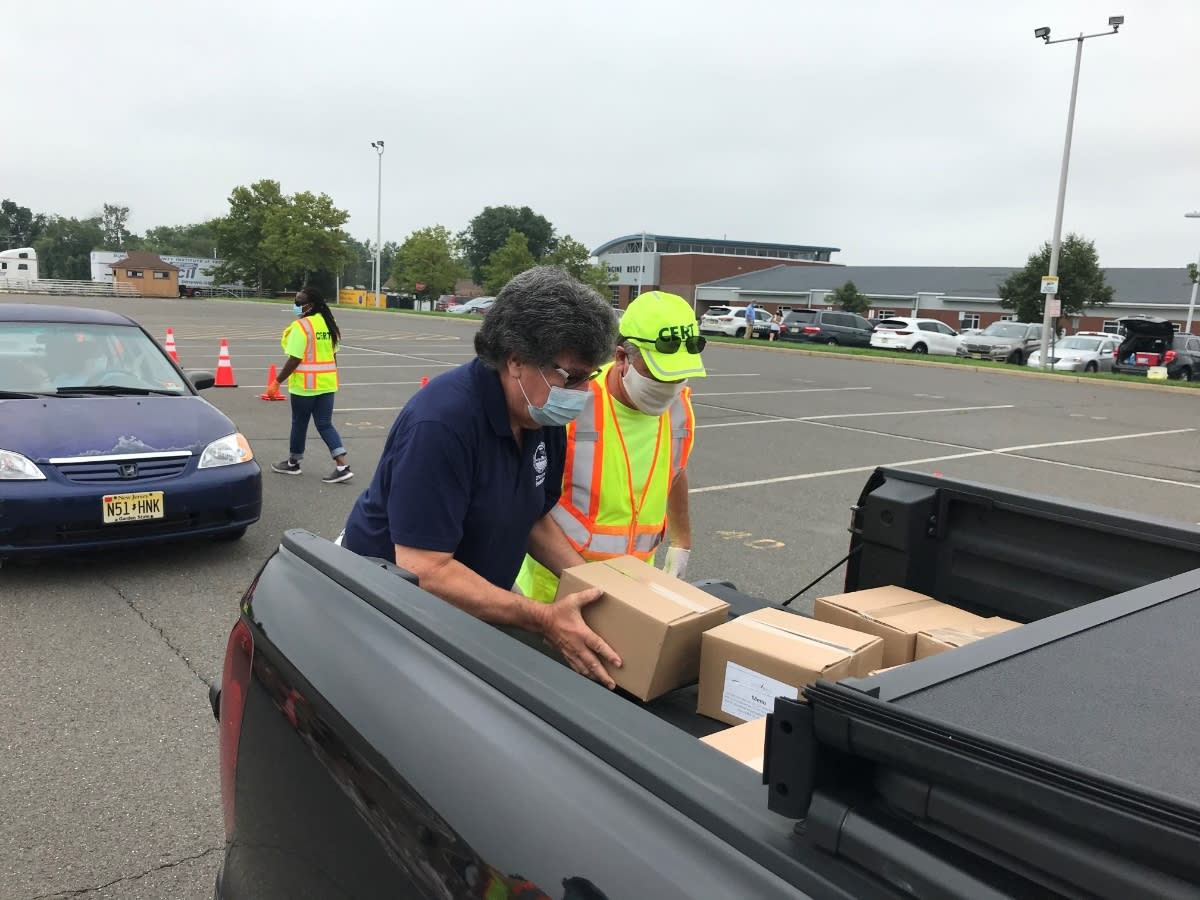