Have you ever noticed how the best gifts are usually things you never asked for or never even knew that you wanted? Maybe not the most sought-after gifts, but ones you find yourself using so often that your life is markedly different and maybe even better because of them?

I would like to give you such a gift: an any-flavor-you-want oatmeal cookie bar that you can pop into your oven in less than 10 minutes. It may seem like just another recipe, but take this one seriously, because it comes from the world’s foremost expert on cookies: the New York Times Magazine’s “On Dessert” columnist, winner of five James Beard Awards, and author of 13 cookbooks, Dorie Greenspan. If you aren’t already familiar with Dorie, you should be. And if you’ve ever found yourself closely following a recipe and asking, “should it look like this?” and “what did I do wrong?” then you are definitely not using Dorie Greenspan recipes, and you should be! Her recipes are bulletproof, so scrupulously tested that no detail or instruction is overlooked. A Dorie Greenspan recipe will always include storage instructions, cutting and serving instructions, and appropriate ingredient substitutions. She will even go so far as to offer adaptations of recipes depending on the needs of the reader, which are tantamount to entire second recipes hidden away in the margin next to the original.

My oatmeal cookie bars started out as one of those adaptable recipes, appearing on page 77 of Dorie’s Cookies as “Raisin Bars” with a mincemeat version for the holidays. I had a pint of stone fruit preserves I needed out of my fridge ASAP, and since the recipe suggests that you can sub in store-bought mincemeat, I figured I could use the cookie dough as a vessel for my preserves, too. The results were showstopping: a dense, almost caramel-y sweet bar with tangy, jammy sections swirled in. I’ve hardly looked back since. All my leftover Halloween candy chopped to pieces appeared in one iteration. I’ve made “trail mix bars” with seeds and nuts and dried fruit. Apricot almond bars, simple oatmeal chocolate chippers—the list goes on. Here’s the recipe as it appears in Dorie’s book, and my adapted version below.

NOTE: For filling, I use whatever I have around the house. Dry mix-ins like candy pieces (chopped up Rolos and Reese’s are great!), nuts, seeds, and dried fruit work best for me, but you can use a wet filling like a fruit spread or nut butter. Be careful if you’re using a sweet fruit filling because the cookie dough itself is quite sweet and it can set the bars over the edge.

Preheat the oven to 350 degrees Fahrenheit. Cut the butter into chunks and cream it with the brown sugar and salt in a stand mixer, bowl and hand mixer, or a food processor. If you use the food processor, simply pulse the mixture with as few pulses as possible while scraping the sides of the machine between pulses. Once smooth and fluffy, whip in the vanilla, then dump in the flour and baking soda in one shot. Again, try to mix it or pulse it together with the fewest number of strokes possible. Use a rubber spatula to scrape the sides of the bowl while mixing or between pulses of the food processor. Once most of the flour has disappeared add in the oats, nuts, and dry fillings. Give it another quick mix or pulse just to incorporate. If you aren’t adding a moist filling, spread all the dough evenly into a buttered baking dish (an 8×8 or 9×9 square pan is ideal). If you are using a moist filling, reserve a third of the dough. Spread the filling evenly on the bottom layer of dough, and place the remainder of the dough in lumps all over the filling (see photo).

Bake in the oven for 32 minutes if you are using a 9×9 pan, and bake for about 36 minutes if you’re using an 8×8 pan. For other sized pans, you’ll simply have to monitor the doneness of the bars. You want the batter to be lightly golden and puffed even in the center of the dish.

I was planning on publishing the recipe as it appears above, but it didn’t feel right. How can I give something as a gift if I stole it in the first place? I reached out to Dorie Greenspan to ask her permission, and the queen of cookies herself told me to give her a call.

What happened next was magical: I confessed to Dorie. I told her about the changes I’d made to her recipe and the many bars that had come from it, and I even told her about finding some fillings too sweet, and Dorie didn’t yell at me, or make any snide comments, or even sound disappointed at all. “I love that! This is exactly what I want people to do!” she said, before suggesting additional deviations I could try. Addressing the too-sweet filling, she said next time I should try adding a bit of fresh lemon juice and roughly chopped lemon flesh to balance out the sweetness. Brilliant, right? She was genuinely excited to hear about all my various trail-mix-packed, candy-filled abominations (see below)!

In a way, Dorie’s recipe is an adaptation, too. She’d written it in a notebook she kept during the early years of her marriage, she tells me, and cannot remember where she’d copied it from. She herself had altered it, adding rum to her raisins and making a few other changes. Hearing Dorie relay this uncertain origin story made me think my universal cookie bar recipe might be kismet. It’s a cookie recipe born of me but built by untold others, like an immaculate recipe conception.

This idea would probably make Dorie Greenspan laugh. To her, baking seems to be all about making something your own. On the phone, she casually paraphrased Antoine Careme, the grandaddy of french patisserie, saying that most people think of baking as a rigid art, but that’s really just the beginning (“The most noble of all the arts is architecture, and its greatest manifestation is the art of the pastry chef”). Just like building, once you understand the rules, once you know how to make basic batters, cakes, doughs, and more, you can make anything you want.

“You have to be willing to make mistakes,” Dorie said. “It was very hard for me in the beginning because I never want to throw anything out.” We agreed that failure is the hardest part of baking, and it can happen more frequently when you alter recipes. Nonetheless, Dorie prints “playing around” sections in her cookbooks encouraging readers to stray from the recipe and offering suggestions to get them started.

I’ve recipe tested a few cookbooks, and I’m aware of the painstaking process that is recipe writing and development. So it surprises me that Dorie is so willing to let others dismantle the recipes she carefully honed to prevent possible failures. But speaking with her made it clear that I’d been thinking about the whole thing wrong. I’ve been too fixated on baking disasters, believing that a good recipe is one that prevents such things from happening. However, I hardly think that the best food in the world came into existence because cooks and bakers rigidly followed the recipes they were given. Rather than a recipe being too good to alter, maybe a great recipe is one that is worth playing with even if it means risking failure. Following this logic, it would mean a lot to myself and Dorie Greenspan if you’d tweak, manipulate, and reconfigure this cookie (raisin) bar recipe until it’s unrecognizable this holiday season.

Mon Dec 21 , 2020
NEW YORK — Let Thanksgiving have the turkey. Let Christmas have fruitcake. Every other day, it’s got to be pizza. So argue Thom and James Elliot, brothers and pizza makers from England who have written a book celebrating the worldwide phenomenon of roundish dough cooked with toppings. In the 270-page […] 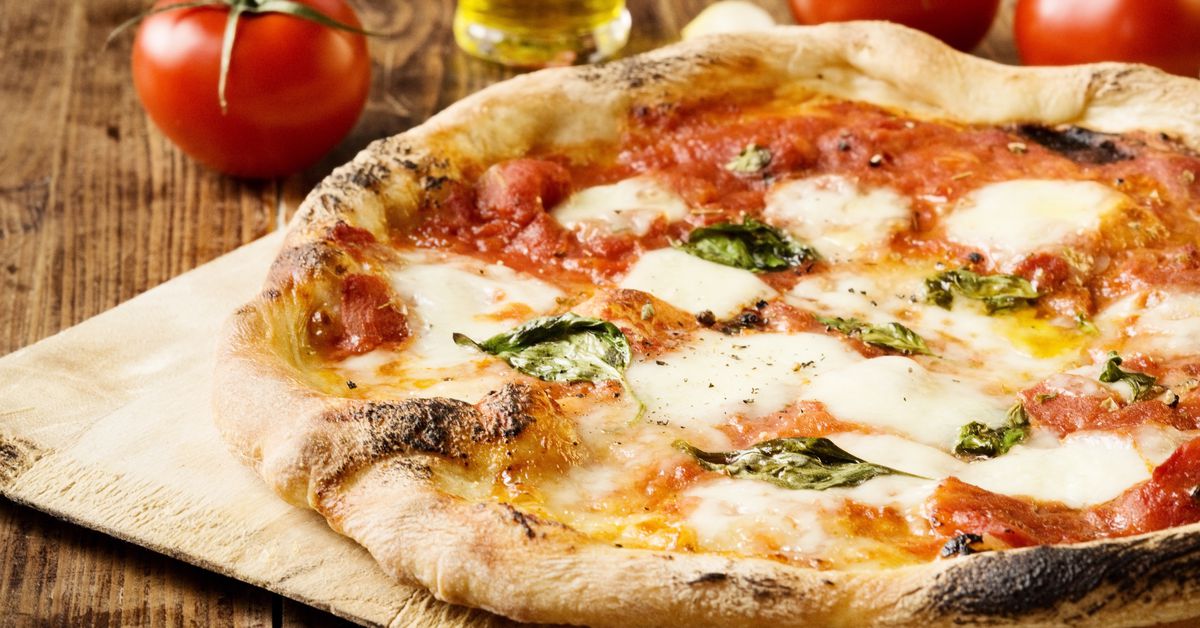