After retiring from her 12-year career as a competitive ballroom dancer, Chelsea Farrah leapt into her second act, turning her vegetarian food blog The Dancer’s Pantry into a plant-based charcuterie business that launched on Oct. 7.

“Cooking has so much in common with dance,” says the 31-year-old Gold River resident, who prophetically made her stage debut at the age of 4 as a cook in the Sacramento Ballet’s rendition of The Nutcracker. “You need specific steps to get the right results.”

Farrah, who has been a vegetarian for five years, first took up cooking as a hobby after struggling to find non-meat options while on the national competitive ballroom circuit. After sharpening her cooking skills in 2018 through the online culinary school Rouxbe’s six-month plant-based program, the part-time ballroom teacher (she co-owns Koptke Dance with her husband and longtime dance partner, Eric Koptke) began sharing her recipes—think lemon-and-couscous herb salad with blistered tomatoes and a shiitake-mushroom ramen—on her food blog. The vegan charcuterie boxes emerged as a creative way for Farrah to spread her belief that a plant-based diet can be as delicious as it is healthy. 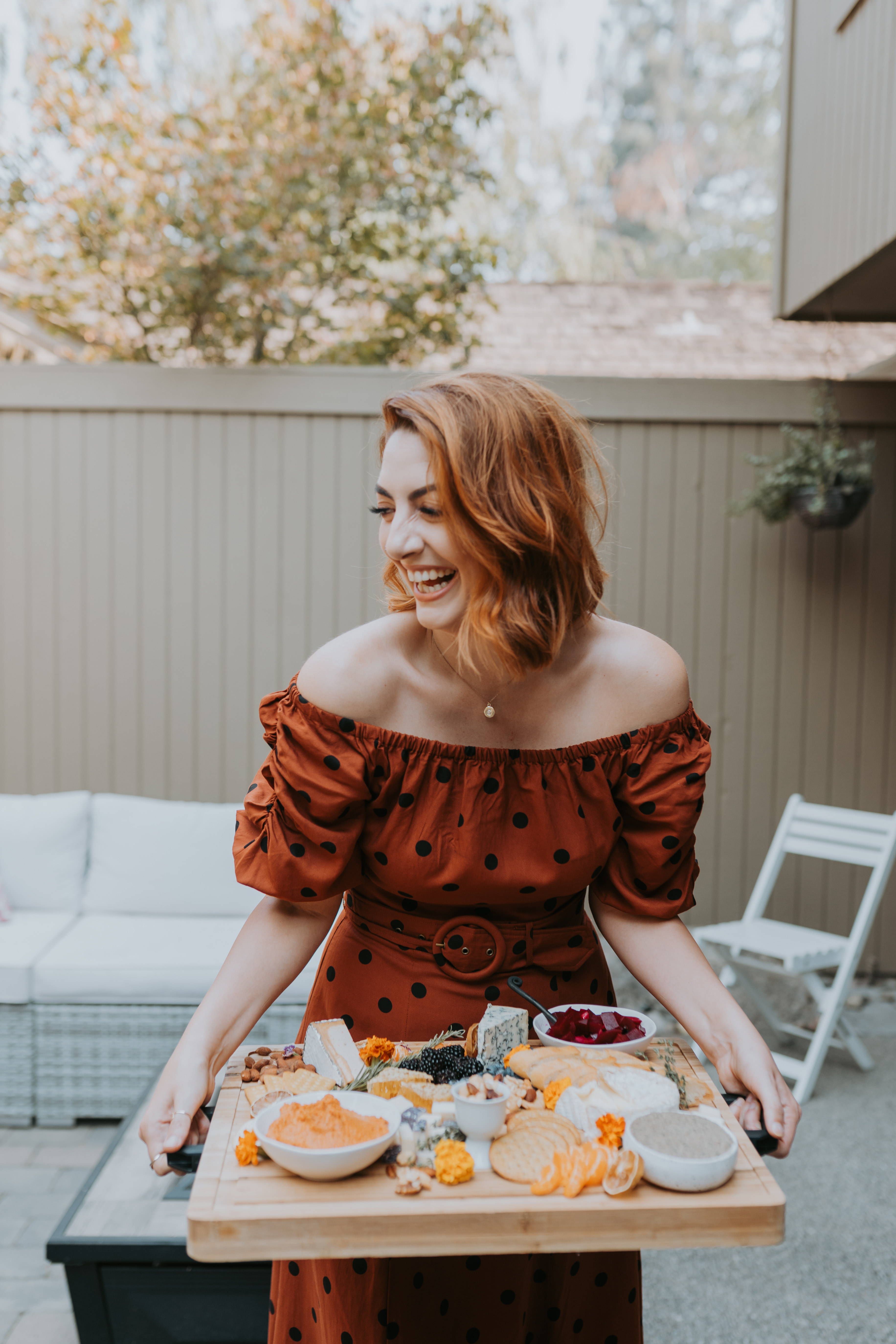 Each package also features a selection of Farrah’s house-made accoutrements, like brown sugar and rosemary-pickled golden beets; a tangy vegan cream cheese loaded with caramelized onions, cranberries and thyme; and her signature pâté, crafted from a rich and savory blend of sautéed Foggy Dew Fungi oyster mushrooms, raw walnuts, and “a few other secret ingredients.”

She also offers a non-vegan Classic Cheese Box, which features traditional dairy cheeses like the semi-pungent Original Blue from Point Reyes Farmstead Cheese Co. and 20-month-aged gouda from Beemster, along with bonus chunks of local honeycomb from The Bee Box in East Sacramento for pairing.

Luckily, expressing her creativity is a job perk Farrah has relished since her dancing debut. “Cooking and dance are both technical,” she says. “But there’s also fluidity and artistry involved—after all, food and dance both need flavor.”

Sat Nov 14 , 2020
As Americans prepare to celebrate Thanksgiving, CPG manufacturers are not only capitalizing on the heightened interest in their products, but also a holiday season that will consist of smaller gatherings with more first-time cooks. Campbell Soup Company is offering hosts some peace of mind with Dinner Insurance, a pledge to deliver […]