At first glance, you might not think that Jacques Pépin and Haile Thomas have all that much in common.

He, of course, is one of the best-known chefs in the world, an 84-year-old Frenchman whose books (including classic encyclopedias of technique) and public TV series (including with Julia Child) have made him a true culinary icon. She is the 19-year-old daughter of Jamaican immigrants who this year wrote her first cookbook, “Living Lively,” focused on healthy, plant-based recipes.

But take a closer look, and you see some similarities. Like Pépin, Thomas is truly a teacher at heart. At the tender age of 12, she founded a nonprofit, Happy, dedicated to empowering kids through, among other things, cooking and nutrition camps. Her mission started in 2009, when her father was diagnosed with Type 2 diabetes, and she and her family “completely reversed” it by creating “lasting healthy lifestyle and eating habits,” as she writes.

And like Pépin, she displays a refreshingly open attitude toward food, free of purism and dogma. If you didn’t realize this was a signature Pépin quality, you might not have been following his career closely enough. As much as I love and have learned from his book “La Technique” and “La Methode,” for example, it’s his shortcut tips and recipes that I have used the most, particularly from his shows “Fast Food My Way” and “More Fast Food My Way” and their companion books. They’re some of the least pretentious cookbooks I’ve ever read.

Just this spring, Pépin released a series of videos showing the types of things he makes off the cuff with common ingredients he has around the house. One of those was for a “pizza” made with flour tortillas. (I put it in quotes to — hopefully — appease all you pizza purists out there.) The first time I saw Pépin turn a flour tortilla into something like this was in 2008, when he came to The Washington Post and showed us how he makes a pear tart with the tortilla subbing for pastry. It’s basically flour and water, he said — why not?

Why not, indeed? I was endeared to him in an instant, and the feeling has never abated.

Thomas has a pizza treatment in “Living Lively” that reminded me of Pépin’s. She goes a little further, spreading mashed sweet potato between two tortillas, topping them with a barbecue sauce and vegetables, and roasting until the tortilla crisps up on the bottom. It’s like a quesadilla-meets-pizza, but also a little like neither. I was a little skeptical the first time I made it, but it was so simple and tasted so good that any doubts disappeared.

Best of all, I started thinking of all the ways I might switch it up. Thomas gave me more than a recipe; she taught me something new, just like Pépin does virtually every time I watch him in action.

If your kids like pizza, quesadillas and sweet barbecue sauce, this mash-up should appeal to them. (And they might even want to help make them.) Feel free to substitute your family’s favorite vegetable toppings.

Make Ahead: The mashed sweet potatoes can be refrigerated for up to 5 days or frozen for up to 3 months.

Storage Notes: The finished tortizzas can be refrigerated for up to 3 days; reheat in a 200-degree oven.

Position a rack in the middle of the oven and preheat to 400 degrees.

Microwave the sweet potatoes on HIGH for 2 minutes. Transfer them to a rimmed baking sheet and roast for about 30 minutes, or until soft when pierced with a skewer or fork. Transfer the potatoes to a bowl and leave the oven on. When the potatoes are cool enough to handle, peel and mash them with a fork.

Lay two of the tortillas on the countertop and divide the mashed sweet potato evenly between them, smearing to coat each from edge to edge. Top with the remaining two tortillas. Divide the barbecue sauce between them, again spreading to coat the tops of each from edge to edge (so the edges don’t curl when baking). Layer on the onion, followed by the bell peppers, and finish with the mushrooms. Drizzle 1 teaspoon of the olive oil over each stack.

Drizzle the baking sheet that you used for the sweet potatoes with the remaining 2 tablespoons of the olive oil. Transfer the tortilla stacks to the baking sheet, and bake for about 25 minutes, or until the mushrooms collapse and are tender and the tortillas are lightly browned and crisp on the bottom.

Top the tortizzas with cilantro or parsley, cut into wedges and serve hot.

Tue Nov 24 , 2020
The U.N. Food and Agriculture Organization estimates that a third of the world’s food is wasted every year. Rotting food in landfill accounts for around 8{c33c21346ff5e26ab8e0ae3d29ae4367143f0d27c235e34c392ea37decdb8bed} of global greenhouse gas emissions, a similar amount to road transportation. The COVID-19 lockdowns have forced consumers to become more organized in planning menus, […] 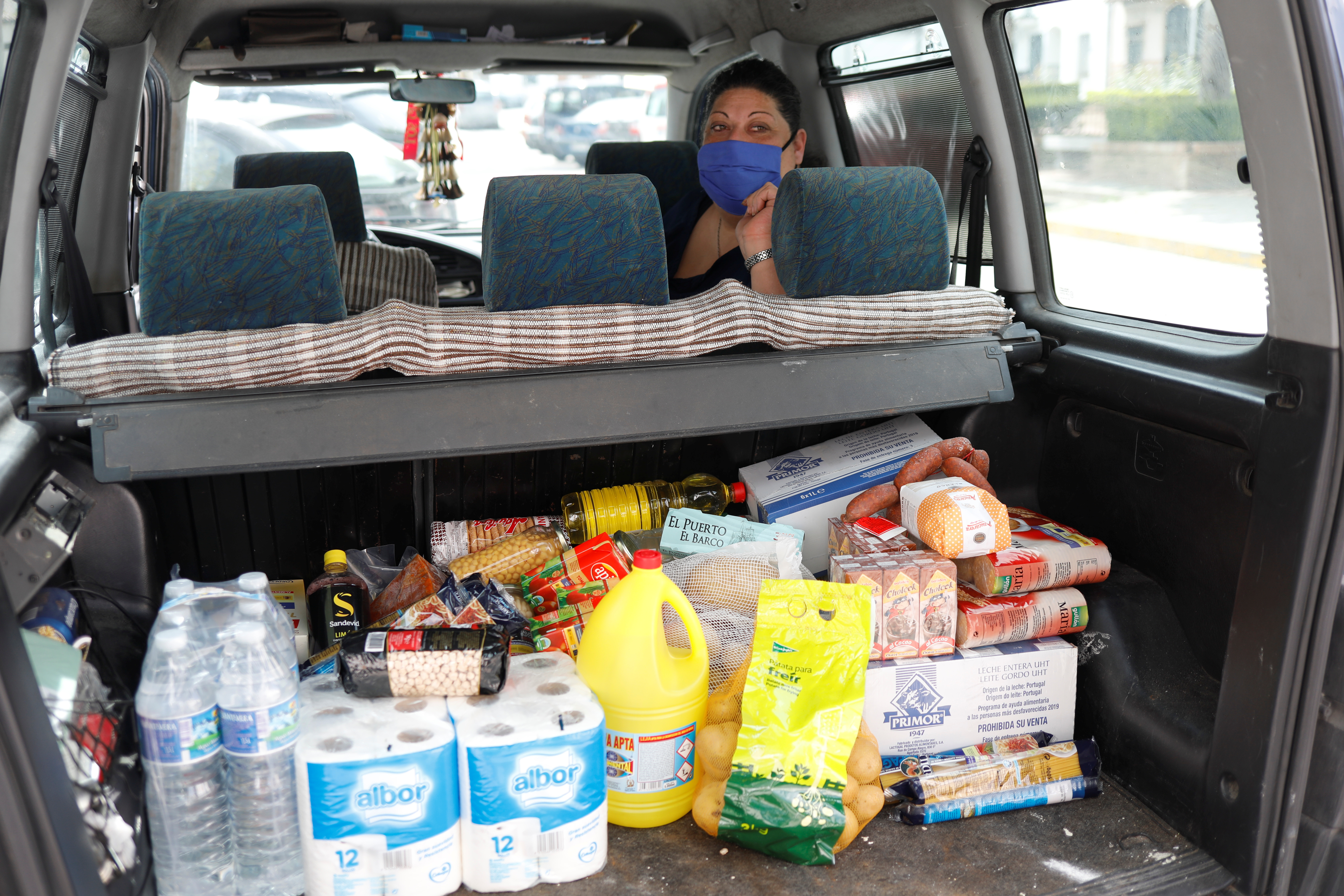