Grass-fed beef and dairy are seemingly more popular than ever — though it’s less of a trend than a revival of traditional farming practices, including those of Indigenous populations around the world who’ve long understood the benefits of grazing animals.

And there are a number of reasons, from climate change to animal welfare to flavor, to make the switch from buying products from conventionally raised cows if you can afford to. But is there a difference when it comes to nutrition? Is grass-fed beef and dairy really that much healthier for us than grain-fed?

The short answer is yes. Cows are meant to eat grass, not corn, so they’re naturally healthier when they do. But how much so can vary wildly, depending on the nuances of the farming practices. What exactly a cow eats — “grass” is an umbrella term for a diverse variety of forages including chicory, clover and legumes — and how they eat and move around the pasture can change the nutritional profile of both their meat and dairy.

Plus, healthy cows on healthy pastures require less antibiotics (commonly used in feedlots), the residue of which can make it into the meat.

But the most studied nutritional difference in grass-fed versus grain-fed beef and dairy is its fatty acid composition — specifically, the ratio of pro-inflammatory omega-6 fatty acids to heart-healthy omega-3s. The lower the ratio, the healthier the food.

Grass-fed beef and dairy have a more favorable ratio of omega-6 to omega-3 fatty acids.

A 2019 study at Michigan State University found that grass-fed beef, depending on the management practices, tends to have a lower omega-6 to omega-3 ratio — close to 2:1 on average — compared to conventional corn-fed beef, which hovers around 15:1.

But the study also found that the ratio can vary significantly depending on the specifics of the farming practices. Across the 753 samples they tested, the lowest and most beneficial ratios came from cows eating living forages  — grasses that are still growing in the ground — with longer time on pasture. When producers used “bunk feeding” — where cows are fed hay or grass pellets in a fashion similar to feedlots — the omega ratio was often closer to that of conventional beef.

“There were some samples in our data set of 27:1, so that’s where, just because it says grass-fed on the label, you can’t be sure that you’re getting a better ratio than you are on grain-fed,” said Chad Bitler, a research scientist at Green Acres Foundation who worked on the study. The “grass-fed” label, no longer regulated by the USDA, can encompass a long list of practices.

“We found that the presence of omega-6 is directly associated with what’s being fed to the cattle,” Bitler said. “Omega-6, in the human diet as well, is most prevalent in seed oils and grains like corn and soybeans. So if you look at that in contrast to what we’re feeding cattle in a feedlot” — harvested grain, soybeans and corn — “it makes sense that it’s going to be high in [omega-6s].”

What does the omega ratio mean for our health?

Omega-6 is an essential fatty acid that’s beneficial in moderate amounts, but detrimental to our health when over-consumed.

“The ideal ratio [in our diets] of omega 6:3 is 1:1 or 2:1,” said Diana Rodgers, a registered dietician and author of “Sacred Cow.” “The typical Western diet is about a 20:1 ratio” — mostly due to a high consumption of processed foods and vegetable oils, she notes. “This results in systemic inflammatory issues in the body, causing a host of issues,” like cardiovascular disease, diabetes and cancer due to chronic inflammation.

Anything we can do to lower that ratio is a good thing. But that doesn’t make grass-fed beef a silver bullet solution for our health.

Because beef is relatively low in fat as it is, “swapping grass-fed beef for conventional beef is unlikely to make much of a difference in your overall omega ratio,” Rodgers said. “Especially if you continue to consume a diet high in omega-6.” In other words, a grass-fed burger isn’t necessarily healthier if you’re eating it with a processed bun and French fries fried in soybean oil. And you’d have to eat eight pounds of grass-fed beef to get the same amount of omega-3s in a piece of salmon, she said.

And until the systems change to incentivize healthier farming practices — government subsidies make conventional beef and dairy cheaper to produce — grass-fed can be cost prohibitive.

“As a dietician, I could never say to someone to only eat organic vegetables or don’t eat vegetables at all,” Rodgers told HuffPost. “So if someone doesn’t have access to regenerative grass-fed beef, they should just buy the best they can afford. Maybe you go for ground grass-fed instead of filets and ribeyes, which tend to be expensive anyway. If you’re just thinking about your nutrition and you’re strapped, I’d recommend pasture-raised eggs as opposed to typical eggs, plus grass-fed butter and dairy products in general,” Rodgers said.

The omega ratio is more significant in dairy than in beef.

Because dairy has more fat than meat, its fatty acid composition has a greater effect on our diets — particularly high-fat dairy like whole milk, cheese and butter. A higher fat content in grass-fed dairy means a naturally higher percentage of omega-3 fatty acids and fat-soluble vitamins.

A 2015 study found that both grass-fed and organic dairy — which under organic certification, sees more time on grass than conventional — had lower levels of saturated fat and higher levels of polyunsaturated fat than grain-fed. And, like beef, the nutritional profile can change significantly depending on the grazing practices.

Biodiverse pastures, where cows are allowed to self-select what they grazed, were found to rear the healthiest omega-6 to omega-3 ratio, plus higher levels of vitamins and antioxidants.

The Certified Organic Grassfed seal, piloted by Organic Valley and Maple Hill, ensures a minimum of 150 days per year on grass and a diet of at least 60{c33c21346ff5e26ab8e0ae3d29ae4367143f0d27c235e34c392ea37decdb8bed} living forages — which is more than organic certification alone. But Bansen’s cows spend an average of 233 days on pasture and get 90{c33c21346ff5e26ab8e0ae3d29ae4367143f0d27c235e34c392ea37decdb8bed} of their diet from living forages — supplemented only with balayage (a kind of fermented forage made by tightly wrapping just-harvested grass) in the winter months when grass isn’t growing. And he moves his cows around the pasture every 12 hours, in a rotational system that benefits the grass and the soil as much as it does the cow. Grazing practices that enhance and protect biodiversity in the soil naturally yield a more nutritious product.

These newer scientific understandings of biodiversity and nutrition are congruent with, if not informed by, longstanding Indigenous food and agriculture traditions that teach that “nutritious food follows from an appropriate and healthy relationship with the landscape,” said Chris Newman, co-founder of Sylvanaqua Farms in Montross, Virginia. Sylvanaqua Farms employs the ethics of Indigenous land stewardship to feed large populations and particularly marginalized communities in the Chesapeake Bay Area.

“When we don’t have a healthy relationship with the landscape, people tend to suffer,” Newman said. “And I think that has a lot more to do with health outcome and access to a nutritious diet and healthy lifestyle than, ‘Do I pick this grass-fed or the corn-fed version of this product?’ We’ve always known that if we are protecting the land and the water and maintaining an appropriate and healthy relationship with the landscape, then nutritious food follows from that.”

Looking for grass-fed meat or dairy during COVID-19?

This local food database can help you find a farmer near you. And here’s a list of farms shipping grass-fed meat nationwide:

Can Meat Actually Save The Planet?

Love HuffPost? Become a founding member of HuffPost Plus today.

This article originally appeared on HuffPost and has been updated.

Agave Is Billed as a ‘Healthy Sugar,’ But Is That Even a Thing?

Tue Jul 28 , 2020
Photo credit: Lara Hata – Getty Images From Bicycling In an effort to curb excessive sugar intake—which has been linked to health issues including type 2 diabetes, metabolic disease, and obesity—many are turning to new sources of sweetness that aren’t table sugar. One popular sugar alternative is agave nectar or […] 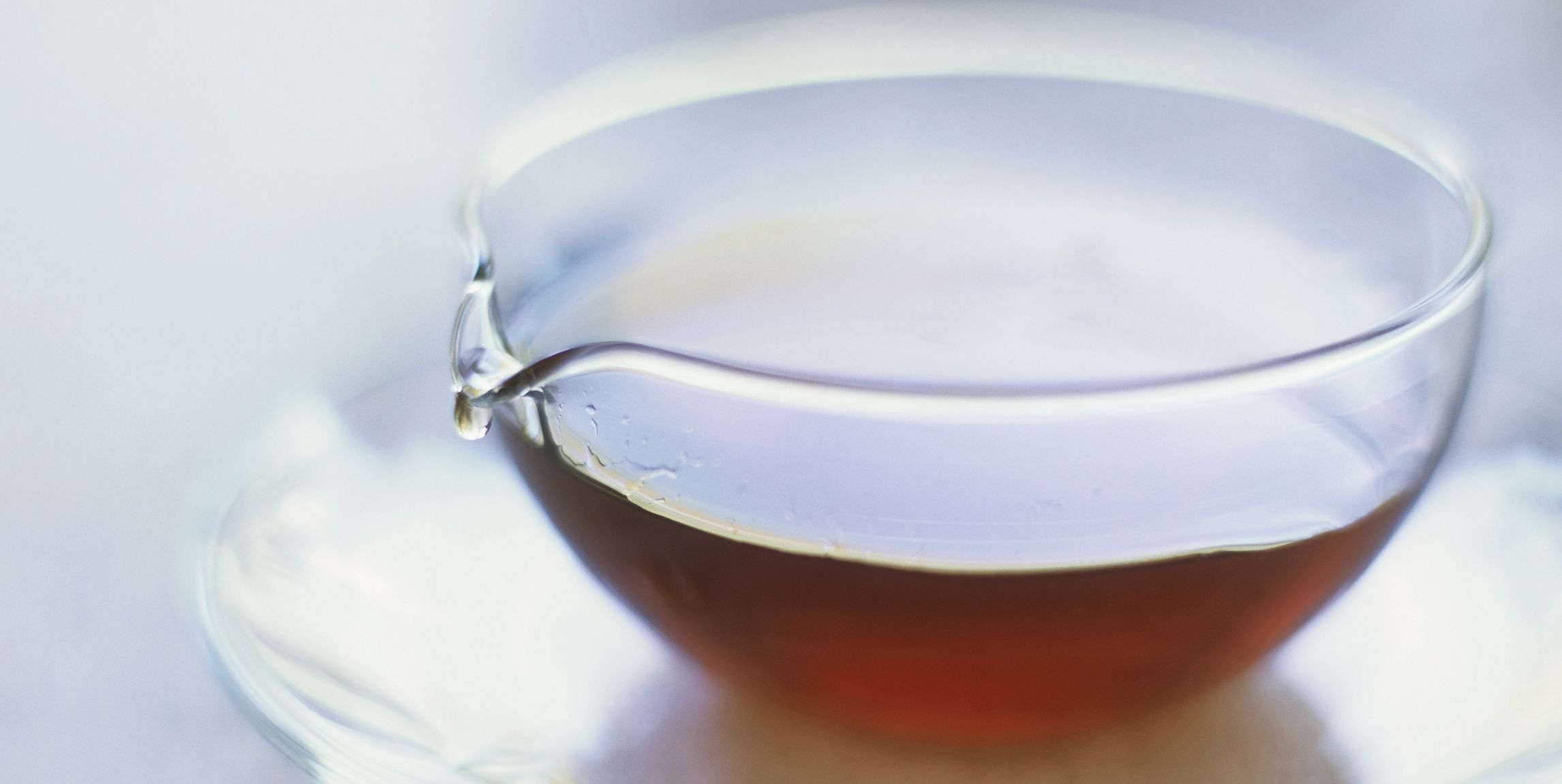