Owner Mo Nasr poses for a photo in front of the Keto Kitchen in Iowa City on Monday, April 5, 2021. (Andy Abeyta/The Gazette)

IOWA CITY — After a ketogenic diet changed his life, one Iowa City business owner set out to share the food he ate with everyone he could.

When it became unfeasible to feed all of his friends and employees at his home after work, he knew it was time to open The Keto Kitchen, 116 E. Washington St., to the public. The restaurant, catering service and meal prep service, which had a soft-opening in December and a grand opening March 16, focus on making ketogenic diets sustainable, easy and tasty.

“I came up with this idea because there was nowhere for us to eat,” said co-owner Mo Nasr, who also owns tech service company TK Iowa. “I was just feeding everyone at home after work.”

What: The Keto Kitchen

Details: Open for dine in, carry-out and delivery through DoorDash, and catering

While serving 10 to 20 people every day with his wife, he committed to the diet that he said is difficult to do without accountability and food being prepared for you. Even simple dishes like pizza and lasagna are labor intensive and can take hours due to the nature of keto — staples taken for granted like regular flour cannot be used, as the ketogenic diet is high in fat and low in carbohydrates and sugar.

“It’s not a very easy diet to perfect, and the food is very hard to make and make stable because it doesn’t use flour,” Nasr said. “We just want to teach people the knowledge of keto and show them it’s doable, it’s sustainable.”

The Keto Kitchen serves a variety of dishes free of preservatives, gluten and sugar, with options for Paleo, Whole 30, vegetarian and flexitarian diets. While the ketogenic diet is perhaps best known for helping participants lose weight quickly, Nasr’s dishes show diners that it can be part a life-changing, long-term routine.

Now, keto eaters can enjoy cauliflower macaroni and cheese, pizza, lasagna with custom-made noodles and even desserts like cinnamon bites and doughnuts, all of which Nasr took time to perfect.

Those favorites are just a few of the things Nasr didn’t want to give up when he started keto.

“You hear the word keto and it was very scary, at least for me,” he said. He thought “there’s no way I could do this — I love sugar, I love carbohydrates.”

But after taking about six months to research the diet, he committed to the lifestyle and saw results. He had struggled with his weight for most of his life, but in less than three years, he has lost 140 pounds. Others noticed the difference in him, too.

It was when he was able to climb stairs without gasping, noticed more personal energy and a decrease in other symptoms, that he realized he didn’t lose any enjoyment of life — quite the opposite. He realized he could have his cake and eat it, too.

“It changed my life,” said Nasr. “I stopped living to eat and started eating to live.”

A Sudanese immigrant, Nasr’s father died from kidney failure 10 years ago after struggling with his weight and Type 2 diabetes.

“To prevent myself from becoming my father and getting his sickness, I did what he was not able to do correctly,” Nasr said.

The entrepreneur’s venture into keto products started when he started selling fat bombs to local Hy-Vee stores — rich, dense snacks that can satisfy cravings while on a keto diet — which quickly gained popularity. When he gathered his personal recipes developed over two years to start The Keto Kitchen, his mother, who was hesitant to support his other business ventures, gave him some seed money. After she died earlier this year, Nasr resolved to continue building it into a success.

Nasr held a soft opening in December. He held a grand opening March 16. In just a few months of business, he said he’s seen similarly dramatic success stories from his customers, reinforcing the passion he found for a way of eating that he says changes lives.

Though the diet can be used to lose weight quickly, Nasr said some studies show that the ketones that power the brain in lieu of excess glucose can be used for cognitive growth, as well.

Nasr said the restaurant will soon be in a position to add more made-from-scratch items to its menu. 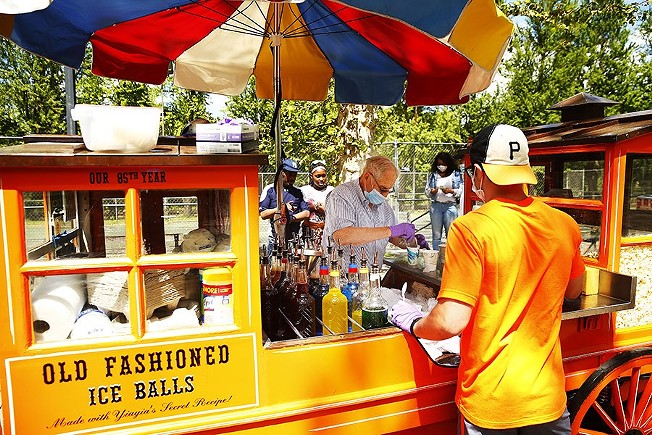