You’d be hard-pressed to find a Black woman cooking on the executive level in Chicago right now. Black women are invisible to the point that they’ve had to open their own restaurants, catering services, and pastry shops to get even the tiniest bit of recognition. There was some elation when Mariya Russell achieved a Michelin star for Kikko last fall. That was certainly a first. Even Beyoncé noted its significance. But during the pandemic, Russell packed her bags and left for good. It felt like Chicago’s restaurant scene for promising Black women chefs was back at square one.

There is a chance Maya-Camille Broussard is the one to reverse course. A self-taught pastry chef with an uninhibited palate, Broussard launched the artisan pastry business Justice of the Pies in 2014. Her main objective was not only to make lasting impressions with dough but also to raise money for low-income people’s legal fees and to help put an end to food insecurity in her city. Though she also cranks out damn delicious pies—pies in unconventional flavors, with a dash of South Side Chicago sass as the fundamental ingredient.

“I am always thinking about pie varieties that I can make that will set me apart from other people,” Broussard tells me over one of our video chats. “You want to be recognized for your art form.” And to acquaint yourself with her masterpieces—or, better yet, master pies—is to get to know her personality. Broussard’s basil key lime pie is a tarty treat with just a pinch of sweet, herbaceous magic in the pie filling; it’s her personal favorite, and now one of mine. Her caramel apple crumble is another beautiful sight, with sprinkles of powdered sugar over a streusel-like topping, and with a soulfully buttery yet flaky—and unconventional—crust bottom, which Broussard calls “the best part” of her pies. The likes of chocolate bacon bourbon pecan, lavender blueberry, salted caramel peach, and praline sweet potato round out the pie shelf.

Such pies have garnered legions of fans nationwide, sold by the slice at illustrious Chicago restaurants like Frontier, Eleven|Eleven, and Ina Mae Tavern—all Black-run and thriving after reopening in the pandemic. Among these fans, Broussard says the biggest critics of her pies are other Black people, particularly Black women. “When I am in the kitchen, I’m thinking, especially with Southern-inspired pies, Is someone’s grandmother going to like this? That’s why, with my sweet potato pie, I had to get that recipe down!” she says, laughing. “Now I can make it in my sleep, but I don’t need no one’s grandmother coming after me. I need to clarify: I don’t need somebody’s Black grandma coming after me talking about my pies. Not today.”

Broussard’s a spitfire for sure. Her dad, Stephen J. Broussard, had a lot to do with it. During the week, he worked as a criminal defense attorney, but on weekends, he transformed into “the Pie Master” and whipped up quiche from scratch. “He would wake up early Saturday mornings and throw on some jazz—it was super loud—at 8:00 a.m.,” Broussard recalls of her towering, flamboyant guardian, who passed away in 2009 at age 60. “He’d put on an apron that said, ‘Skinny People Make Bad Cooks,’ put on a toque that he kept on the top of the refrigerator, and he would make a quiche.”

A rotating list of quiches on Justice of the Pie’s menu is a nod to Broussard’s dad, and not something you’ll find in the average Black chef’s repertoire. But there’s not much that’s average about Broussard. She has what she calls an “invisible” disability; she’s hearing impaired. Because of it, in her line of work, she’s been accused of being stuck-up. Pre-pandemic, she worked the Chicago festival and farmers’-market circuit. She mostly reads lips to communicate, so if her head was down and the setting was loud, she could not hear. Though she posted signs stating her disability, they were typically missed, and customers assumed she was ignoring them when they had questions. “That was so not the case,” she insists. The upside is that her concentration is intense, allowing her to dig deeper into her craft.

Broussard works in an elite division of the culinary world that’s dominated by white men, who are usually European. For some, that would be intimidating, yet Broussard learned early on from her dad to flip the bird at the bigotry a Black woman with a hearing disability and a self-taught skill might come up against. While a student at Northwestern University in 1968, her father and several Black students stormed the bursar’s office to demand equal rights. To this day, she treasures a photo from that day of him helping another student into the bursar’s office through a window. In her mind, her father was fearless.

He was also flawed. “He would inhale his food,” she recalls. “It was excessive. It was like he was scared the food was going to run away.” Her father’s issues with food, she says, stemmed from growing up on Chicago’s tough West Side in public housing. Meals were scarce, as her dad’s father spent more money nursing an addiction to alcohol than providing sustenance for the family. His mother was determined to make a better life for her children, so she stressed education. Food insecurity, however, was not something people discussed back then. And though he received full undergraduate and law school scholarships while at Northwestern, her dad’s food-security issues were never addressed.

Those issues, in fact, were passed on to Broussard. She painfully remembers her father not making food a priority for her as she was growing up in his home. (Her parents divorced, and she chose to live with him.) On one occasion, she broke out in hives after devouring an entire jar of olives—the only food in the refrigerator. Her dad gave her $20 every two weeks for lunch and transportation to and from school. Whenever her mother packed meals for her to bring home, he ate them. “He would laugh it off like he thought it was funny, but I didn’t find it funny,” Broussard says. “It was very frustrating, and I would get angry and disgusted [with him].”

As a child, she often went to school hungry, counting down the hours until lunch. “I have a small inkling of what being hungry is like and how it can sort of derail your ability to concentrate in class,” she says. “If you don’t concentrate in class, then you have less chance to become successful academically.”

Thus toughened, Broussard began cultivating her social mission for what would become Justice of the Pies. Now, using what she calls her father’s “emotional trauma” with food and her personal experiences as a blueprint, she leads a workshop for underserved children on the South and West sides of Chicago that teaches them how to independently make their own smart, healthy food choices—to control their fate. Guided by Broussard, the kids build curiosity by experimenting with food through easy recipes, something they wouldn’t be able to do at home. “Food is expensive, and it’s something not to be played with in some homes,” she explains. “Here I have more flour if you mess it up. I have more butter. … [Kids] like being given that responsibility of not just being trusted with what to do but also being able to do it by themselves.”

Broussard operates Justice of the Pies out of the Hatchery, a food-and-beverage incubator boasting more than 50 private professional kitchens, of which the highest-profile occupant is celebrity chef Rick Bayless. Before COVID-19, she spent 14-plus-hour days in those 255 square feet, steadily making orders for her online business, catering for corporate accounts, and preparing for farmers’ markets. Today, she’s slowed down considerably and taken the opportunity to retool her business. “[The pandemic] allowed me to be still,” Broussard admits. “And when I was allowed to be still, I was able to devise new ideas and new plans.”

One of her new projects to date is a subscription-based cooking program that’s $25 a week for a membership and includes instructional videos, weekly grocery lists, and recipes. She’s proud that she’s paced the videos so members can cook alongside her and that they have closed captioning for those who are hearing impaired. And while her courses for the children are on hold, she has continued her mission in other ways, particularly for those who are Black and brown and underserved. She’s used her space, and part of Bayless’s, at the Hatchery to prep individual free meals for hundreds of Chicago families. She has also often been called upon to speak on virtual, culinary-focused issues like food insecurity, Black-owned restaurants, and women-owned restaurants, as food and social justice become more intertwined at every level of the restaurant world.

Growing up the way he did, Stephen J. Broussard grew a thick skin. “When you don’t care what others think, then you not only move with more confidence, you don’t ask for permission,” Broussard says. “By storming the bursar’s office in 1968, they were not asking for permission. They were demanding better treatment of Black students.” Her father encouraged her to do the same, and she credits his determination for her ability to pivot her pastry business so quickly—and effectively—to continue carrying out her own mission.

The Pie Master’s smiling down on her.

5 easy recipes for game day under $20

Fri Sep 11 , 2020
SAN ANTONIO – Many of us may be on a budget this year because of the pandemic but it doesn’t mean we have to skip out on game day snacks. Whether you are watching college sports or the NFL on Sunday these cheap and easy recipes will keep you satisfied […] 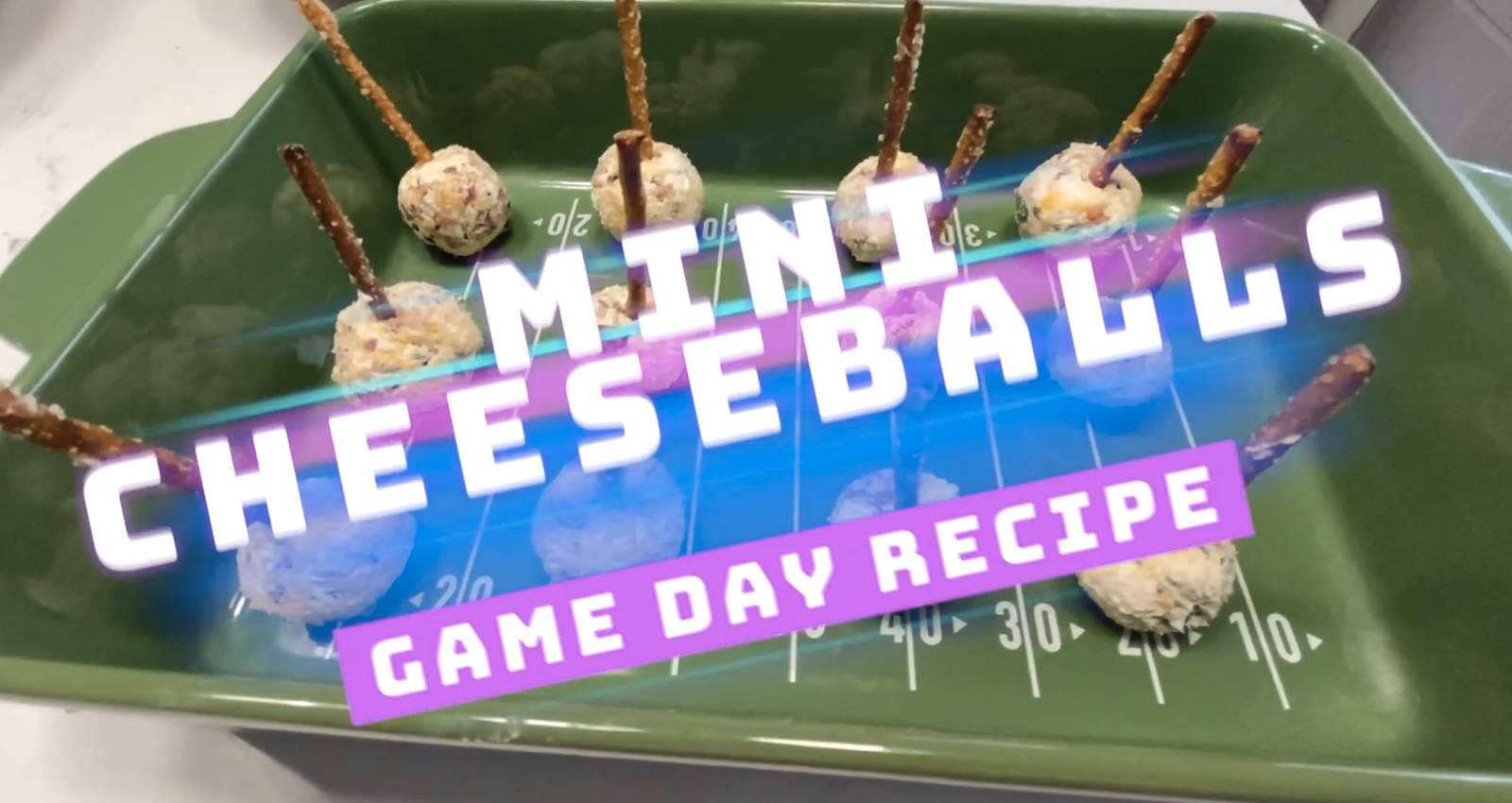