As it turns out, compressing an entire season of a pro sport into two weeks and one centralized location isn’t so easy.

Premier Lacrosse League co-founder Paul Rabil says that in the months since COVID-19 had its first spike of cases in the United States, he regularly worked 16-hour days while attempting to salvage the PLL’s second season. The solution: The Championship Series, a two-week tournament featuring all seven PLL teams, who are currently competing in a bubble in Herriman, Utah.

Rabil isn’t one to brag about the lack of sleep though, unlike so many others who measure their hard work via exhaustion. He knows it isn’t in his best interest to be running on fumes—especially since, plot twist, he plays in the PLL too, as one of the stars of the Atlas team.

“I keep the perspective that this is a short-term investment to solve for something that I’m very passionate about, and that it won’t always be this way,” he says. “After our championship game on August 9, I’ll get a few weeks to exhale and take a vacation and try to recalibrate.”

Rabil, 34, is a highly decorated lacrosse player—two-time NCAA champion at Johns Hopkins, two-time MVP of Major League Lacrosse, which he left (and convinced many others to leave) in favor of the newly created PLL. In an interview with GQ a day before the Championship Series began, Rabil spoke honestly about trying to maintain his workout routine and nutritional regimen while running a league and gave some details about the food offerings for PLL lacrosse players during the two-week tournament.

For Real-Life Diet, GQ talks to athletes, celebrities, and everyone in between about their diet, exercise routines, and pursuit of wellness. Keep in mind that what works for them might not necessarily be healthy for you.

GQ: You’ve been focused on the business side of the PLL, but you’re also a pro athlete who’s competing in this event. How have you been attempting to get some rest and eat relatively healthy?

Paul Rabil: You have to create boundaries around your professional and personal life. My wheelhouse is right around eight hours of sleep. I haven’t been able to achieve that in many cases, but I get pretty close. I tend to get seven hours, and ideally will try to push myself, though the anxiety of running a business will often keep me awake once I wake up.

And I think meal planning has become really useful for me. I have a subscription to a meal-based service called Fresh N’ Lean that supplements me in between the larger meals that I prepare. That has enabled me to continue eating well and eating often as a pro athlete while I’m working most of the day.

You started eating vegan roughly a year ago, right?

Yeah, it was a year ago. A few years back, I slipped two of my disks in my L-4 and L-5 and my S-1 [vertebrae]. It was one of the more painful injuries I’ve had in my career, just relentless and ongoing, and I’ve broken my foot twice, I’ve torn ligaments in my shoulder, and had sports hernia surgery.

I did a bunch of different therapies and sought medical attention from cortisone shots, epidurals, full body scans and such. I determined that back surgery wasn’t in my best interests, medically. I landed on a spot where I was like, okay, I feel pretty educated on this. It’s unlikely that my disc is going to go back into place. It’s going to continue to impede on this sciatica nerve. Perhaps if I started studying nutrition more closely and eliminated as much inflammation in my lower back, that would impede a little bit less on my sciatica, and I would be in a little bit less pain. I studied inflammation related to animal protein and in the midsection of our bodies. I first entered into this shift by being vegetarian. As I looked more closely, I just decided to go full-on vegan as a means to adhere to a diet that could continue to help fuel my performance, and also lower as much inflammation in my system as possible. Within a few weeks, I started feeling the benefits. After the first month-and-a-half or so, I was able to get more mobility and range than I had in the last few years. I’ve been vegan since.

Are there any vegan meals in particular that have become mainstays for you?

Well, I was fortunate to grow up on tofu and kale. That was before tofu and kale were in. Those were part of my folks’ weekly shopping regimen. I kinda grew up on soy-based protein, and I know a lot of people that struggle with some of the soy-based products as a source of protein. Protein is really important for athletes. but so are carbohydrates, and so are non-saturated fats. All are different sources of fuel.

As a plant-based athlete, I consume a lot of tofu and other soy-based proteins. I also consume Impossible Foods, which I’m an investor in. The bio-science around faux-meat I think has been really advantageous for plant-based athletes. And then I’ll consume non-dairy protein bars throughout the day. I believe it’s a myth that athletes who are vegan can’t consume enough protein. It’s certainly available for me and others.

Setting all of that aside, everyone has a cheat meal. What is yours?

It’s cheese. I haven’t been perfect as a vegan, but I have abstained from all meats. Before I was vegan, I would say I loved a nice, big cheeseburger. I can still get that version of it with Impossible Meat, and I’ll slip on occasion and eat cheese. A separate habit that I broke was eating chips. I liked to snack on junk food when I was younger, and I’ve stayed away from that. But Chipotle’s chips are fantastic, and I have to avoid ordering that as a side to my sofritas burrito.

There’s been lots of discussion about the food options in the NBA bubble. What kind of dietary options are there for PLL players in Utah?

We’re lucky to have worked with a really great organization here in the Real Sports Academy. At the training facilities where all of the practices and games take place, we have a cafeteria that is basically a hot and a cold bar. There are both meat and vegan options. It functions a lot like walking into a Whole Foods. We have servers with all the PPE equipment on, and then each group will enter the cafeteria alone, and will have 30 minutes to basically go through the hot and cold bar, be served, and take their meals back to their respective locker rooms and meal rooms. When we’re back in our living quarters, we have breakfast, lunch, and dinner dropped off at our doors. That’s prepared by a company called Superfood. Those are also meat and vegan options. We were lucky to be in a position where we could observe all of this for a couple of weeks. We made a few tweaks knowing the importance of nutrition for our athletes on site.

When you were social distancing before this, what did your exercise routine look like? How did you change things up and try to attempt to stay in shape?

I kind of have a laugh when I get this question because when I co-founded the PLL, I was spending most of my time on the road, living in hotel rooms, raising capital across the country, meeting with sponsors, and meeting with networks. I was confined to working out either in my hotel room or hotels gyms, which tend to be pretty small and have light weights or fewer equipment options. From a skill standpoint with lacrosse, whether I was in New York City or somewhere else, I would find a wall that I could go and have a catch against. I think this global pandemic has actually been a bit of a neutralizer for me as an athlete where every other athlete in our league is now introduced to the confinement of figuring out workouts in a smaller space. This is something that I was actually used to, but it doesn’t make it any easier. I just happened to know some of the hacks.

I think a good balance when you’re a 34-year-old athlete is mixing contact workouts with non-contact. I have a Peloton bike and I’d ride that a few times a week for non-impact cardiovascular training. I would do a lot of circuit training over either FaceTime or House Party with my strength-and-conditioning coaches in LA and back in Baltimore. I have a couple of different kettlebells, an 80-pound barbell, and ratchet up calisthenics to get my heart rate going. It’s paid off as we get back on the field here in Utah. I feel pretty fit.

What is the workout split between cardio and weightlifting for lacrosse players?

I would say that our sport is probably closest to hockey. In lacrosse, like hockey, the skill component, the hand-eye coordination, the equipment that you have to wear, that’s what takes priority. But underneath that, to perform at the highest level, you have to maintain your conditioning and fitness as well as your strength building.

We basically go through three workouts a day. You work on your cardiovascular training—that’s like running 300s or doing agility work or doing metabolic speed work. Then you head to the weight room. You want to focus on different muscle groups at a time. Then you get out on the field for your stick work, your shooting, and all of the technical components of lacrosse. It’s very time consuming to play a sport at a high level that’s both stick and ball and requires a lot of conditioning and physicality.

What kind of mindfulness activities, or mental health breaks, have you incorporated of late?

I’ve been using the Headspace app for the last four years. I had a unique opportunity in May to actually speak with Andy Puddicombe, who’s the co-founder of Headspace. I care a lot about meditation as a part of my daily routine, as well as breath work. I’ll meditate one to two times a day.

I also found that working from home—the place where you eat, sleep, workout now, and take all of your Zoom calls—that I would still get pretty flustered on a day-to-day basis. So I started putting on a mask a couple of times a day, going out and taking conference calls while I walked. That sense of activity was helpful for clearing my mind and also just getting out of that sense of house arrest, which can be pretty counterproductive.

This interview has been edited and condensed for clarity.

The Real Life Diet of Bryson DeChambeau, Who Bulked Up to Boom Long Drives

Lots of guys said they were going to use quarantine to get huge. This pro golfer actually did it.

Fri Aug 7 , 2020
Consumer Reports has no financial relationship with advertisers on this site. When you pick up a fast-food burger and fries or a grain bowl at a restaurant, you’re probably thinking more about the food you’re about to eat than the packaging it comes in. But a new report finds that […] 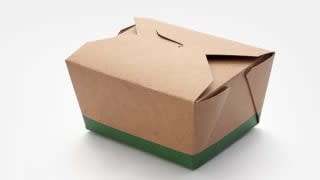