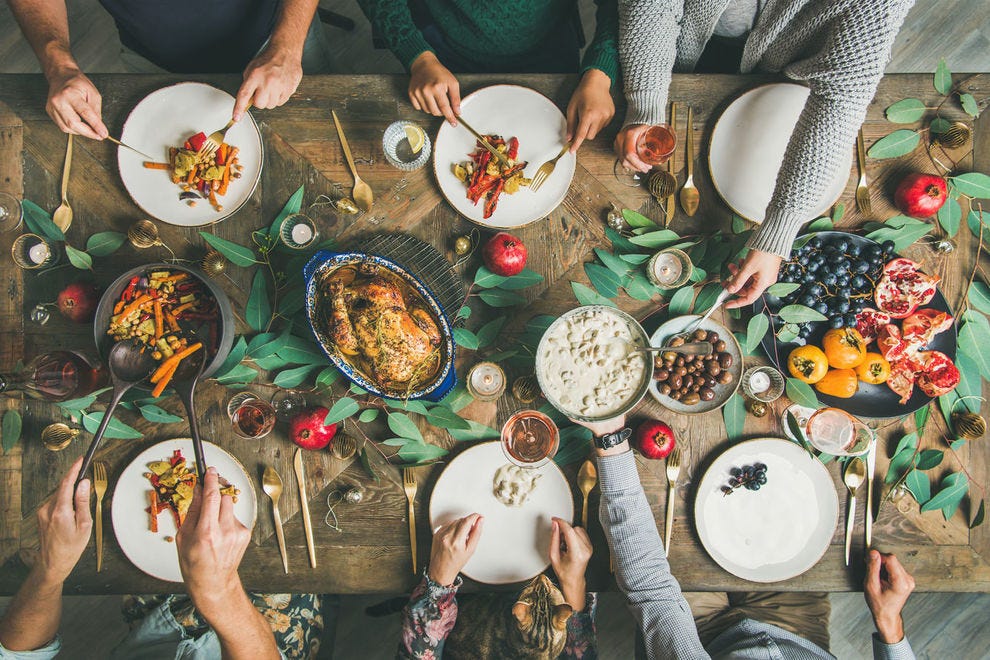 New Year’s Eve ends one year and begins another brand-new one, and in cultures across the world, what we eat can help determine the good fortunes the New Year will bring. So if you’re looking for a few ways to bring good luck into your 2021, here are 10 foods you can eat. 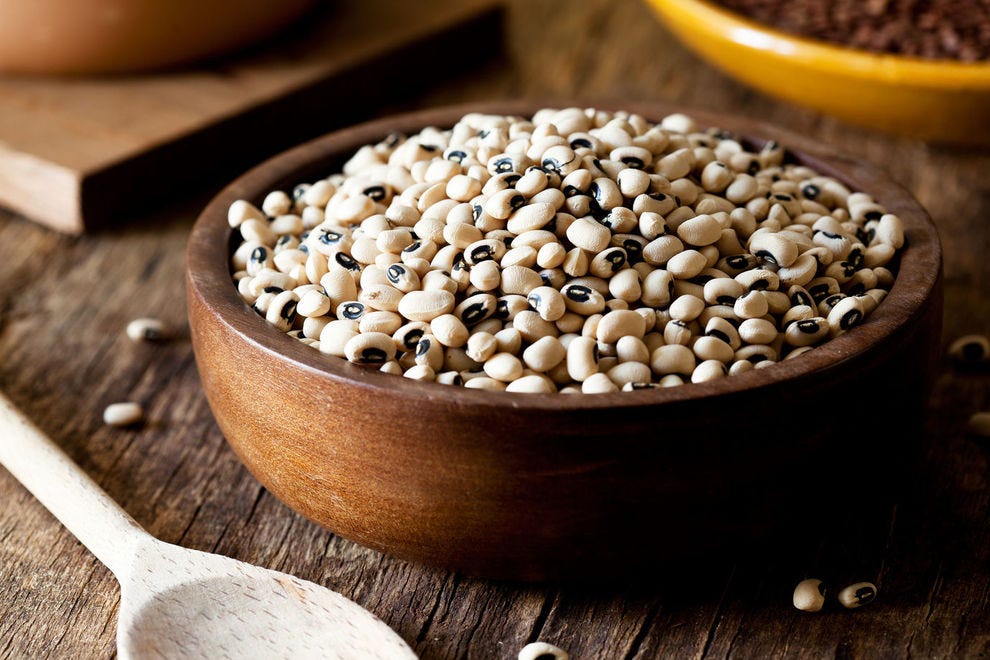 There are many ways to enjoy black-eyed peas on New Year’s Day. Alone, the peas represent pennies, but when served with greens (representing dollars) and cornbread (representing gold), the trio is said to bring a bounty of wealth into the New Year.

Hoppin’ John, a dish from the African diaspora that’s made with black-eyed peas, rice and bacon or ham (another lucky food to eat for the New Year) is also a traditional New Year’s Day dish, particularly in the American South.

Eating the leftovers, known as “Skippin’ Jenny,” the next day expresses frugality and is supposed to increase your prosperity in the New Year. 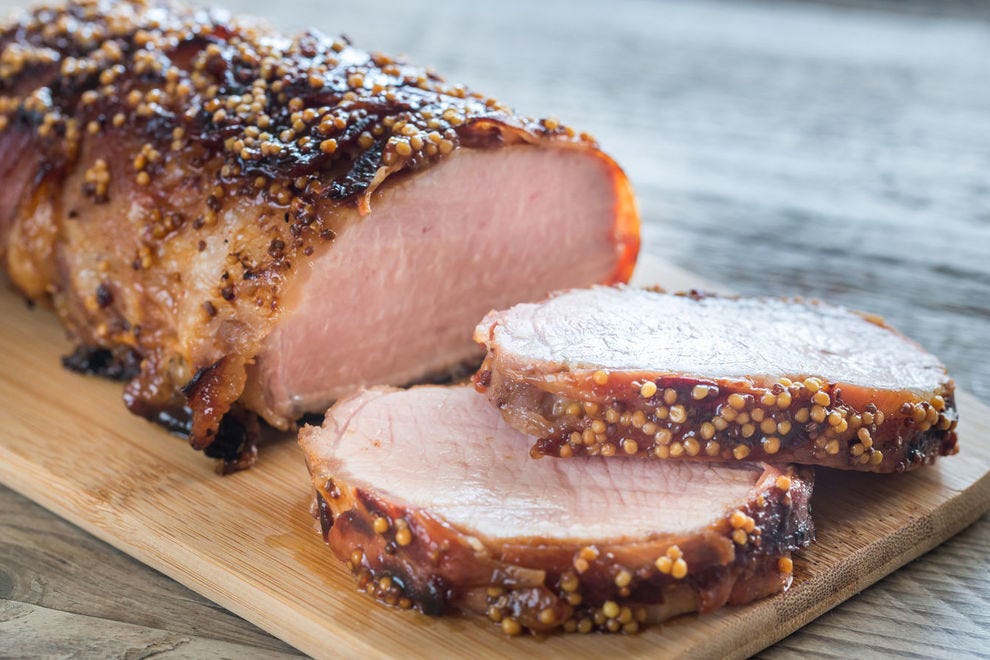 Pork was once a meat reserved for the elite, hence the phrases “living high off the hog,” meaning to afford the better cuts of the pig, and “bringing home the bacon.” Enjoying a pork dish on New Year’s Eve (or New Year’s Day) is said to bring progress, because pigs are always moving forward.

It’s a tradition held by many Western cultures, including the Pennsylvania Dutch and Germans, who pair pork with sauerkraut. 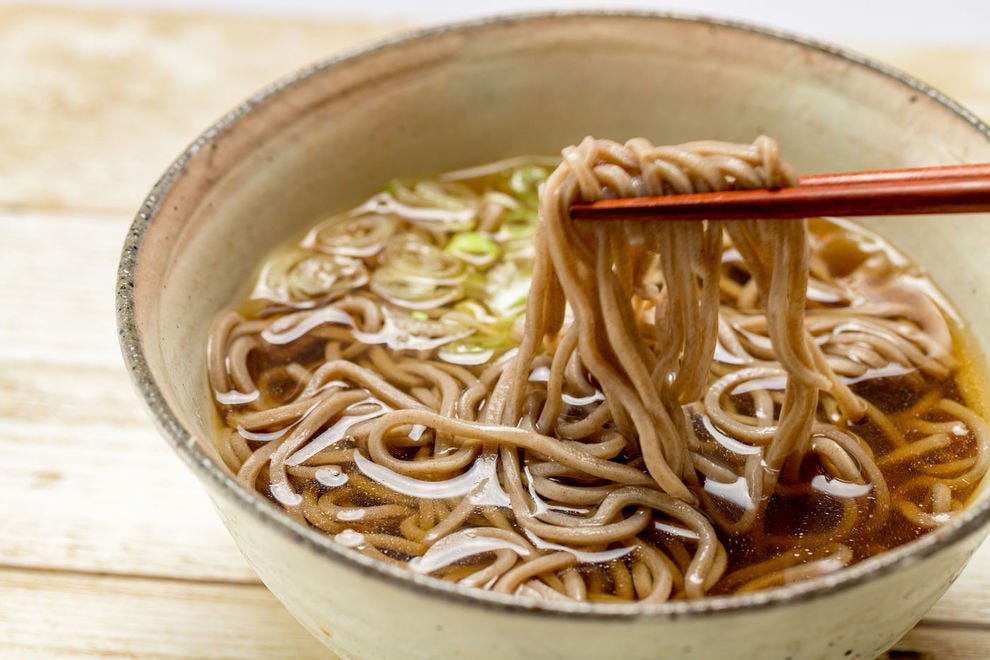 Soba noodles are also enjoyed in China during the Lunar New Year that falls a few weeks after New Year’s Eve. 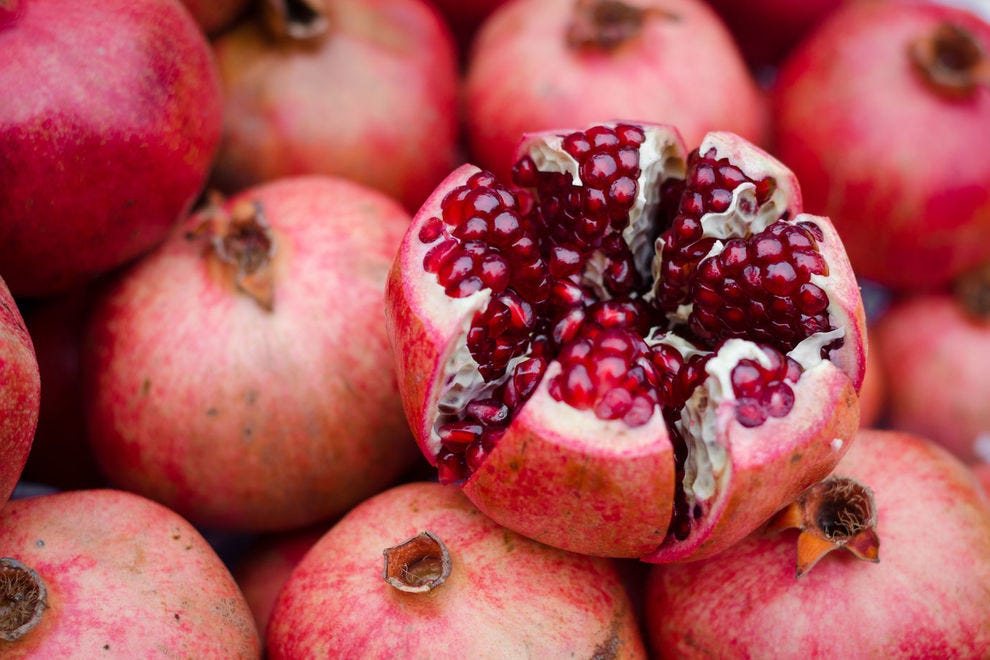 Throughout the Mediterranean and the Middle East, pomegranates are a sign of fertility and abundance. So come New Year’s Day, their powerful symbolism becomes even more significant, especially because it’s during that time of year when the fruit begins to ripen.

In Greece, there is a tradition where pomegranates are smashed against the front door to bring good health and happiness to the home. 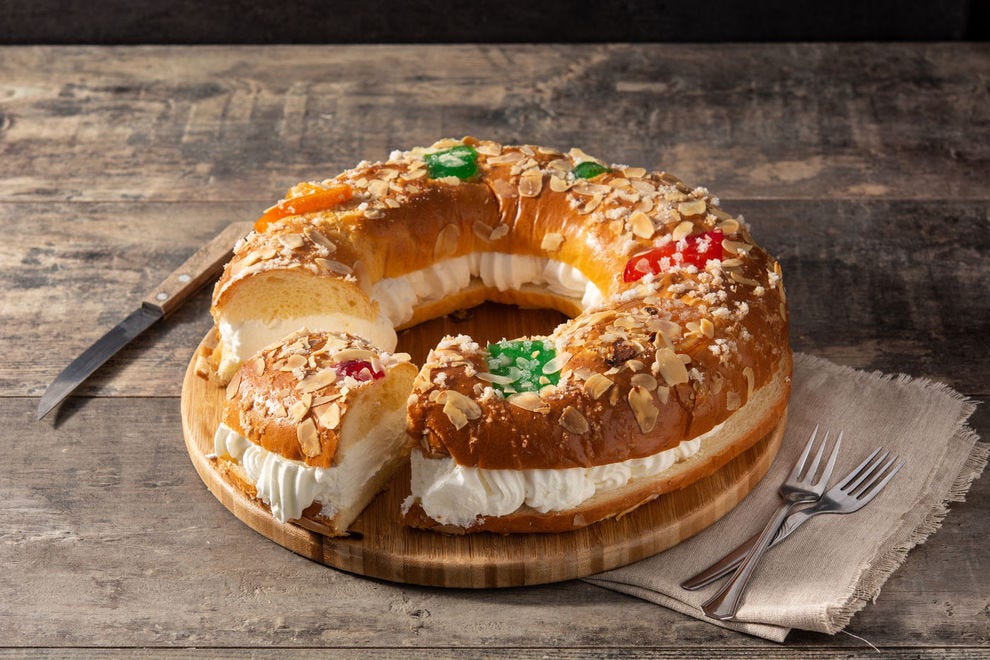 Around the world, enjoying ring-shaped cakes, donuts and other pastries for New Year’s Eve symbolizes the year coming full circle. In Italy, chiacchiere, crispy fried pastries that are sometimes served flat or rolled into balls, are traditionally eaten on New Year’s Day.

Some ring-shaped desserts are traditionally eaten not just on New Year’s Eve or Day, but at the end of the holiday season around the time of the Epiphany. In Mexico, Roscas de Reyes, a ring-shaped sweet bread, is eaten on January 6th for Three King’s Day, which is known as “Día de Reyes” in Spanish. 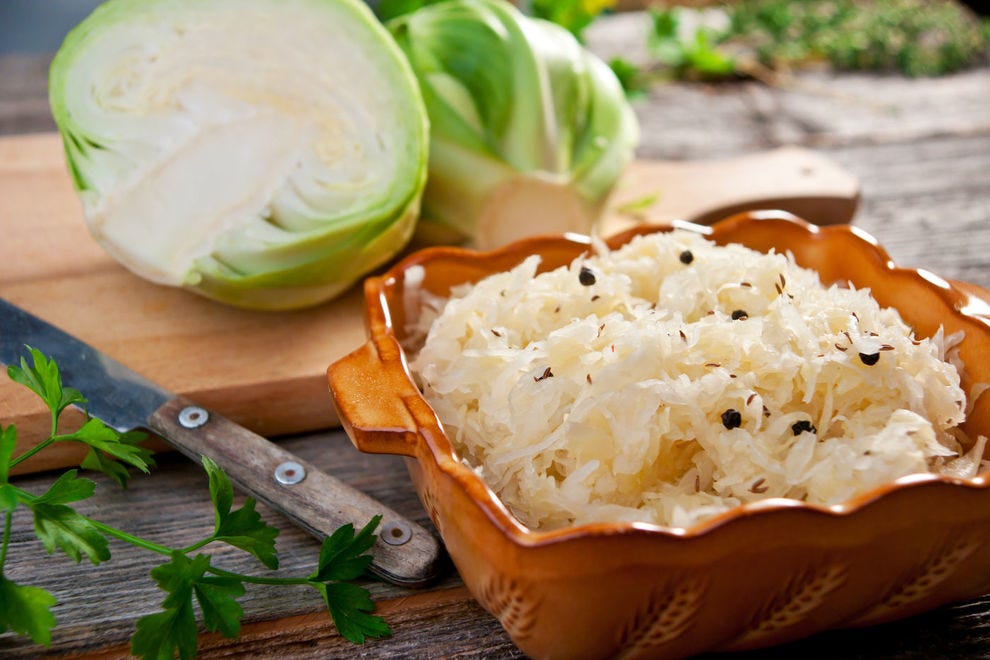 Because of its green color, cabbage is associated with luck and fortune. So for many Eastern Europeans, Germans and the Pennsylvania Dutch, eating sauerkraut is said to bring good luck and wealth. 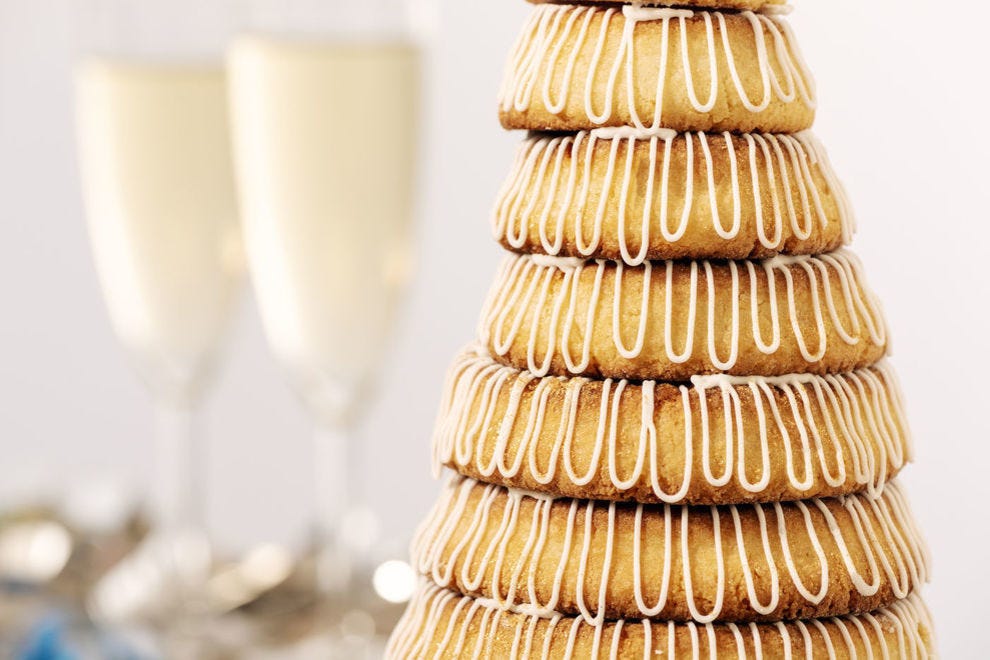 Throughout Norway and Denmark, the Kransekage is the centerpiece of the New Year’s Eve dinner table. Paired with champagne, this wreath cake tower is constructed of marzipan and topped with icing, chocolate and sometimes nuts. It’s a cake that’s as tasty as it is pretty.

Though it might be too gorgeous to eat, deconstructing this beauty is the only way to get to the bottle of wine or Aquavit in the middle. 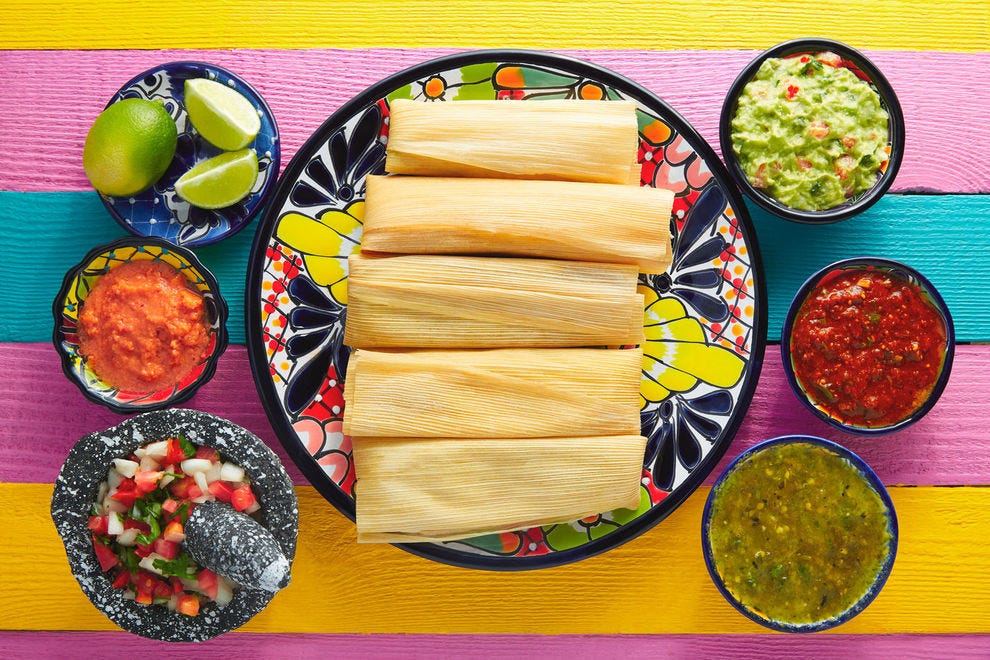 Tamales are a cornerstone dish in pre-Hispanic Mexican cuisine, dating back as early as 8000 to 5000 B.C. As such, the tamale is important to Mexican food heritage. Making tamales is also a communal process, bringing together family and friends to work together and each take charge of one aspect of the dish.

Tamales are also made in large quantities and shared with loved ones, making it a common meal to enjoy for the holidays. 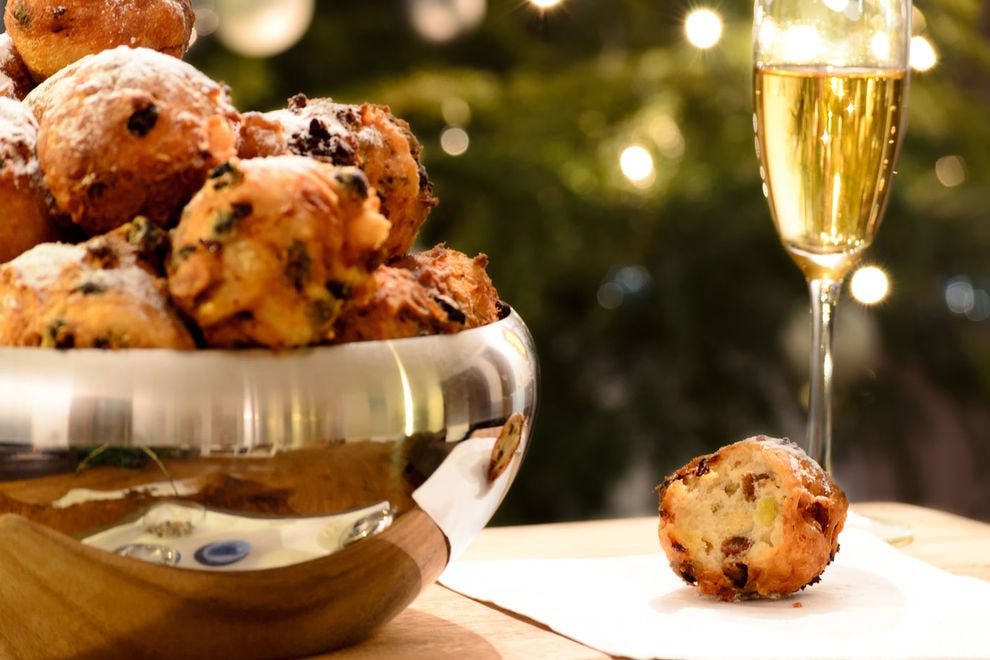 Champagne may be fancy, but the effervescence and tartness of it pairs perfectly with oily, fried foods, including the oliebollen, translating to “oil balls,” in the Netherlands. The Dutch used to believe in the pagan goddess Perchta who spent the 12 Days of Christmas searching for food by slicing open the stomachs of unsuspecting people.

The fatty oil was said to prevent Perchta’s sword from cutting open their stomachs, so eating oliebollen was a surefire way to protect oneself from this evil spirit. 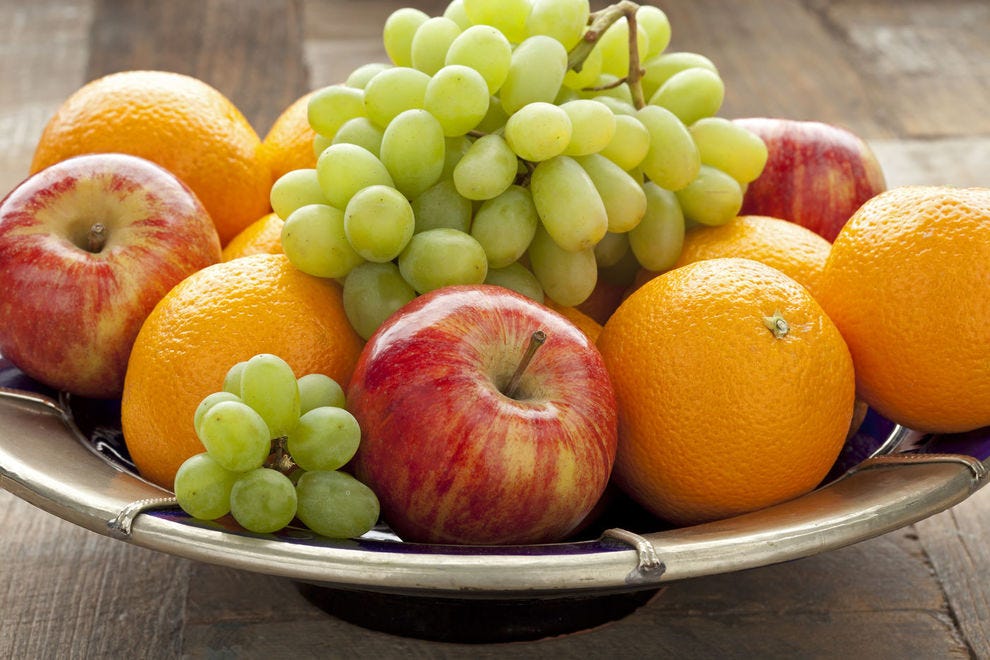 The tradition of eating round fruits on New Year’s Eve was brought to the Philippines by Spanish colonists who had a custom of eating 12 grapes at midnight. It is said that the round shape of these fruits resembles gold and silver coins. In the Philippines, the tradition expanded to include not just grapes, but also apples, pears, cherries, guavas, lychees, melons, oranges and peaches – to name a few that can be included in the lucky dozen.

There are several ways to take part in this New Year’s tradition, but for the most part, families display the fruit basket bearing 12 fruits on the dining table, and at midnight everyone either eats 12 grapes or takes one bite out of the 12 different fruits.

The Most-Read Food Stories of 2020

Thu Dec 31 , 2020
Decades from now, when cultural historians sift through the social media posts of 2020, they will tell the pandemic stories of savvy chefs and restaurateurs forced to pivot to meal kits, corner markets and sidewalk cafes as their industry collapsed, seemingly overnight. These historians will note the panic shopping of […] 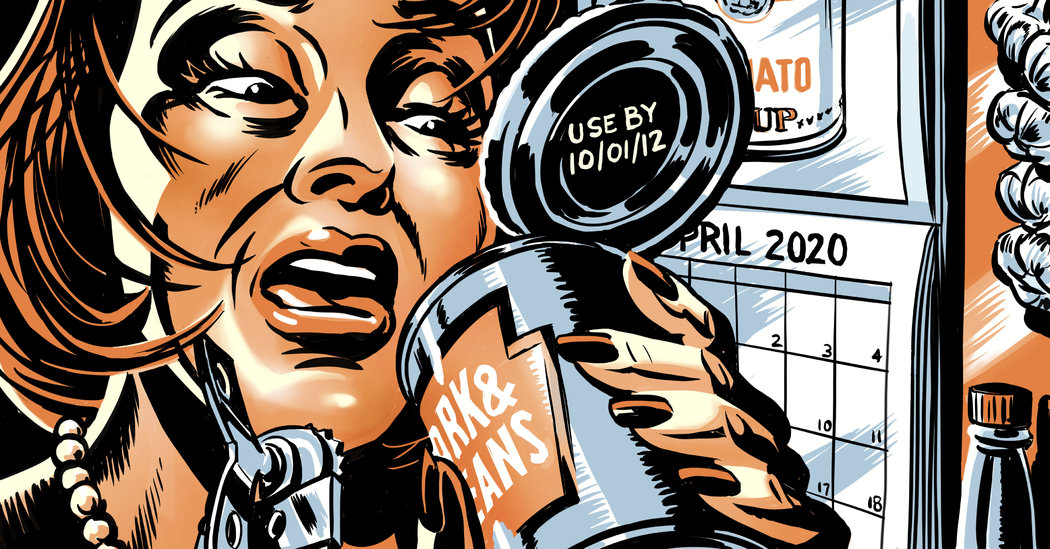