Anyone who’s experienced recurrent brain fog knows that it’s no joke — not only are you tired almost all the time, you’re distracted, easily confused, take extra time to process information … it’s almost as though life were moving in slow motion around you.

Though we call it “brain fog,” it’s actually an issue that starts in your stomach — and the foods you eat have a lot to say about whether you’ll be spending your workday in a zombie state or sharp and on your toes.

“Brain fog is usually caused by inflammation in the gut,” said Heather Hanks, nutritionist with Life Insurance Star. “This is because your gut and brain are in constant communication. When you eat a diet high in inflammatory foods, such as refined sugar and grains, it sends distress signals from your gut to your brain along the vagus nerve, and this can make it hard for you to concentrate, especially right after an inflammatory meal.”

But  there are plenty of seemingly healthy foods that could actually cause brain fog — even if you think your diet is as clean as can be. We’ve rounded up some of the most common “healthy” foods that you should look to if you’re eating healthy but still experiencing symptoms of brain fog.

Probiotic food and drinks are all the rage.  But there is such a thing as too much of a good thing.

According to Los Angeles-based naturopath Melanie Keller, who bills herself as the Intuitive Edge Doctor,  when you have more probiotics in your gut than you need, you suffer  is called small intestine bacterial overgrowth. which is associated with brain fog, chronic fatigue syndrome, diarrhea, abdominal pain, and bloating.

Even the foods our doctors — and moms — always encouraged us to eat can be a problem.

“Grains and legumes, such as peas, peanut butter, chickpeas, and rice, are examples of healthy foods that may cause brain fog,”  Hanks said. “These foods are seemingly healthy on paper — they are high in fiber and antioxidants and low in saturated fats. However, grains, beans, and legumes contain compounds known as anti-nutrients that bind to the digestive tract, induce inflammation, and prevent the absorption of some minerals.”

Hanks suggested avoiding grains, beans, and legumes for a while and sticking with lean meats and vegetables. If you notice that you have more energy than you once did after this diet shift, then it might be a good idea to avoid beans, grains, and legumes indefinitely.

Processed convenience foods like protein and meal-replacement bars have gotten more popular over the years. These are often made with inflammatory ingredients like refined carbohydrates, dairy, and gluten. According to Lisa Richards, nutritionist and author of “The Candida Diet,”  inflammatory foods like these can cause brain fog, fatigue, and mood issues.

“Cutting out gluten may be a great first start for many individuals suffering with this symptom,” Richards said. “Consider having a fruit smoothie on work days. Blueberries and other berries rich in antioxidants increase short and long-term cognition. Their antioxidant abilities enable them to fight free-radical damage, especially in the brain.”

According to Arizona-based health strategist Laura DeCesarist, low-carb swaps for foods like granola and flavored yogurt could also be to blame.

“In the quest to lower carbohydrate and sugar content, many packaged foods labeled as keto or low-carb are chock-full of aspartame or sugar alcohols, which can lead to anxiety, brain fog, and mood swings in some people, in addition to digestive issues,” she said.

Protein shakes are a staple of many health and wellness regimens, often marketed to people who are into weightlifting, running, or just  trying to get theirr nutrients in for the day. However, all protein powders are not created equal, according to DeCesaris,. Some individuals don’t do well with whey-based protein, especially in combination with artificial flavors, colors, and sweeteners.  This can t ultimately leave them feeling tired andout of it.

“Protein powders without the artificial flavors and sweeteners, with quality whey, or a non-whey option, if you’re sensitive to dairy, will let you get the benefits of protein powder without the brain fog,” she said.

Yes, even greens can be a bad thing.

“It’s a bit controversial, but in some individuals, the concentration of anti-nutrients like oxalates in raw, leafy greens (some of our favorite health foods!) can lead to symptoms like brain fog and chronic inflammation,” DeCesaris said. “Anti-nutrients are compounds found in foods that may interfere with absorption of the beneficial nutrients of that food.”

According to DeCesaris, steaming your greens first before tossing them in the blender for a  green smoothie is a way to reduce the oxalate content of foods like kale. Plus, steaming helps you keep from losing too much of the veggies’ magnesium and zinc, which reduce the impact of oxalates on your brain function.

“Not everyone is supersensitive to these, but many people who are dealing with chronic inflammation, autoimmunity, or gut issues may see relief by making some small tweaks,” DeCesaris said.

Pizza as 'State Food' goes down in flames

Tue Jun 15 , 2021
HARTFORD — When the smoke cleared on the historic 2021 legislative session, the aroma was not that of a charred New Haven-style pizza crust. The bill that would have given pizza the distinction as Connecticut’s “State Food,” failed to make it into the flow of late-breaking new laws for Gov. […] 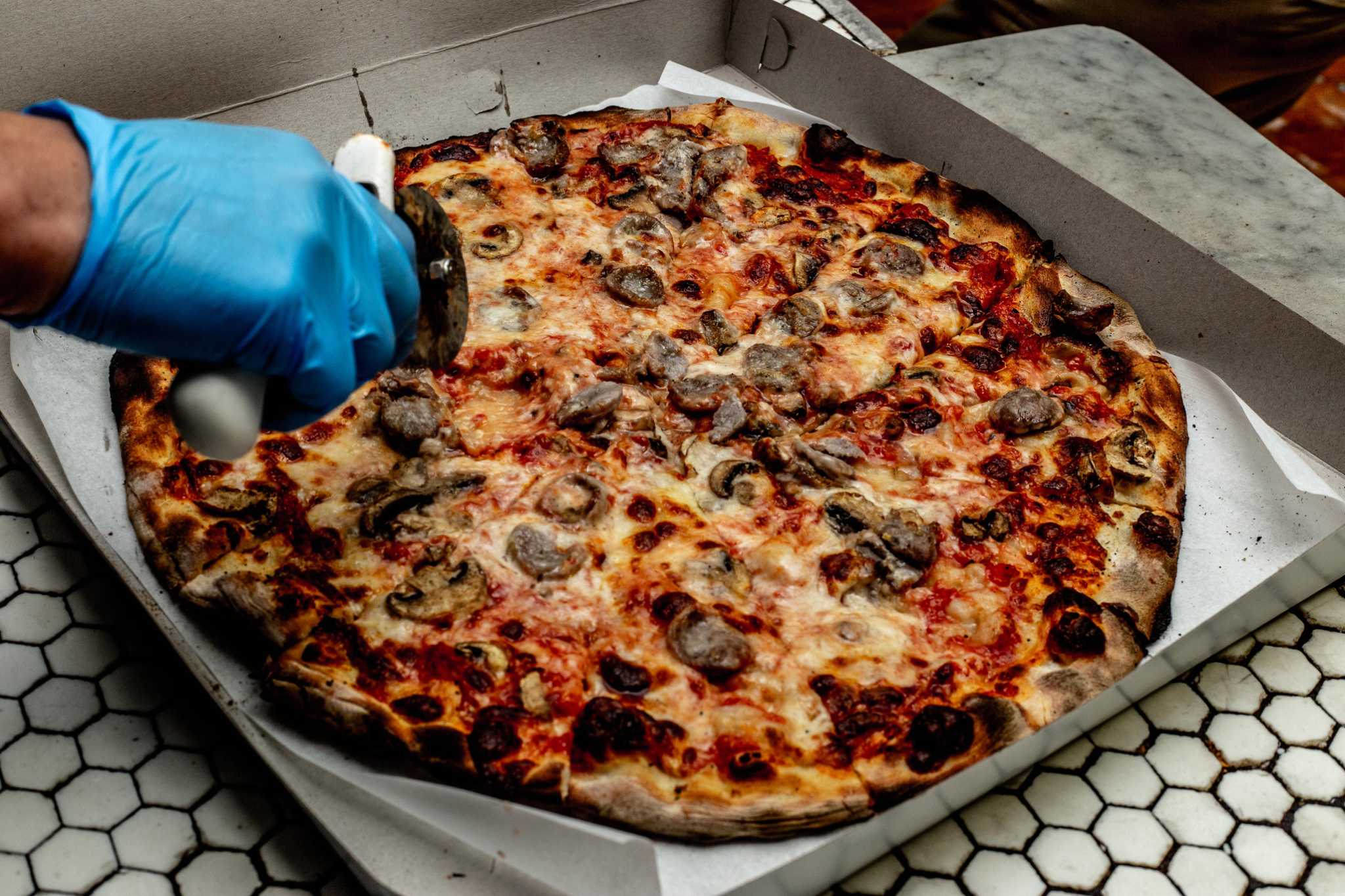