I love cooking—it’s one of my favorite pastimes. But, like many things during the pandemic, it’s lost quite a bit of its luster these past few months. What once brought me joy has now become less of a hobby and more of a necessity or, worse, a total chore. When my evenings of finessing a delicious meal turned into the mundane routine of throwing together whatever I had to maintain a somewhat healthy lifestyle, every little part of the cooking process started to eat away at me.

First, it was getting all of the food I needed from crowded Los Angeles grocery stores (masked up, of course). Then it was finding a way to prep all the ingredients in my small kitchen (which has curiously been getting smaller and smaller by the day). Finally, it was the process of actually cooking the food—at which point I was often too tired to do anything with a modicum of my aforementioned finesse. And don’t even get me started on the dishes.

As someone who rarely cooked this often before the coronavirus, it all became pretty overwhelming. But before my roommate and I resigned to night after night of takeout, I found one game-changing kitchen appliance that has made my life a thousand times easier: the Brava smart oven.

I know what you’re thinking: I already have everything I need to make a meal, and this kitchen gadget starts at $1,095. But let me tell you, this thing changed my life. I was skeptical that what sounded like a grown-up version of my childhood Easy-Bake Oven would do everything it claimed to do (sear, toast, bake, reheat, air-fry, dehydrate, slow-cook, warm, the list goes on). But the Brava really does it all—and extremely well, I might add.

Here’s how it works: Instead of using gas like your traditional oven, the Brava uses light. There are six tubes—three on the top and three on the bottom—which use visible and infrared light to adjust and target their intensity based on what you’re cooking. Because of this technology, these bulbs require no preheat and they don’t turn the rest of your home into a sauna (take it from someone who lives in an apartment with no central AC, this is life-changing). There’s also a temperature sensor for your meats, which will ensure they’ve cooked through to your liking. Additionally, Brava has specially designed programs so its six tubes can operate on different levels, which means you can cook your protein and veggies on the same pan and they’ll be ready at the same time. Crazy convenient, right?

Another feature that makes cooking a breeze is the camera. I don’t know about you, but I have a habit of checking in on my food. It’s not going anywhere, but I just like to look at it. The Brava’s camera lets me watch my food in real time. If I have other things to do, I can watch it from afar with the Brava app (yes, there’s an app), which will also let me know when my food is close to done.

As I continue to use my Brava for almost everything, I noticed that it takes the guesswork out of making a good meal—which is something I need after my brain has been exhausted from the world’s stressors. The Brava smart oven develops fine-tuned programs and step-by-step instructions for whatever you want to eat. This is an ongoing feature, as its chefs are continually creating new recipes based on the requests of fellow Brava-ers. Once something has been perfected, your Brava (which is connected to the larger network via Wi-Fi) will automatically update. Since I’ve had mine, I’ve seen recipes pop up for a ton of Costco proteins, as well as more niche produce like crimini mushrooms, artichokes, and more.

Of course, the Brava cannot read our minds, but that’s where the custom-cook feature steps in. This allows you to make your own recipes—based on its programs or from scratch—and save them for later. For a newbie like myself, I’ve only adjusted the time to make fried eggs just the way I like them. However, those who have experimented more (which I fully intend to do), you can make anything you want and then share them on the app so others can try them out. Two examples I want to experiment with next are vegan Parmesan crisps and fruit roll-ups. I also can’t confirm this scientifically, but I’m pretty sure that because the Brava is sleek and so chic, it actually makes your food come out looking like a proper chef plated it (see my shrimp and asparagus masterpiece below).

What blows my mind about the Brava oven is that the possibilities are endless for such a compact appliance (it sits right on your countertop)—and that’s just with the starter set. If you want to get more involved, you can always add on accessories and dishes to broaden your Brava horizon, though the base model works amazingly well for my needs. I’ve been able to get rid of so many kitchen items (never knew ya, slow cooker) because the Brava really does do it all. If you’re looking to streamline your appliances—or are moving to a new place that doesn’t have any appliances—this is absolutely clutch.

But beyond its functionality, the Brava has actually made me love my kitchen again. I find recipes interesting rather than another to-do list—and for the first time since quarantine began, I’m excited by the prospect of making food. Yes, I just used quarantine and excited in the same sentence. Bravo, Brava.

Cooking at Home More During COVID-19? What to Know About Food Safety

Tue Aug 18 , 2020
Share on PinterestNovice cooks who are experimenting making more complex meals at home during the pandemic may not be aware of how to prep food safely to avoid foodborne illnesses. Getty Images As many people continue to adhere to shelter-in-place recommendations during the COVID-19 pandemic, more people are experimenting with […] 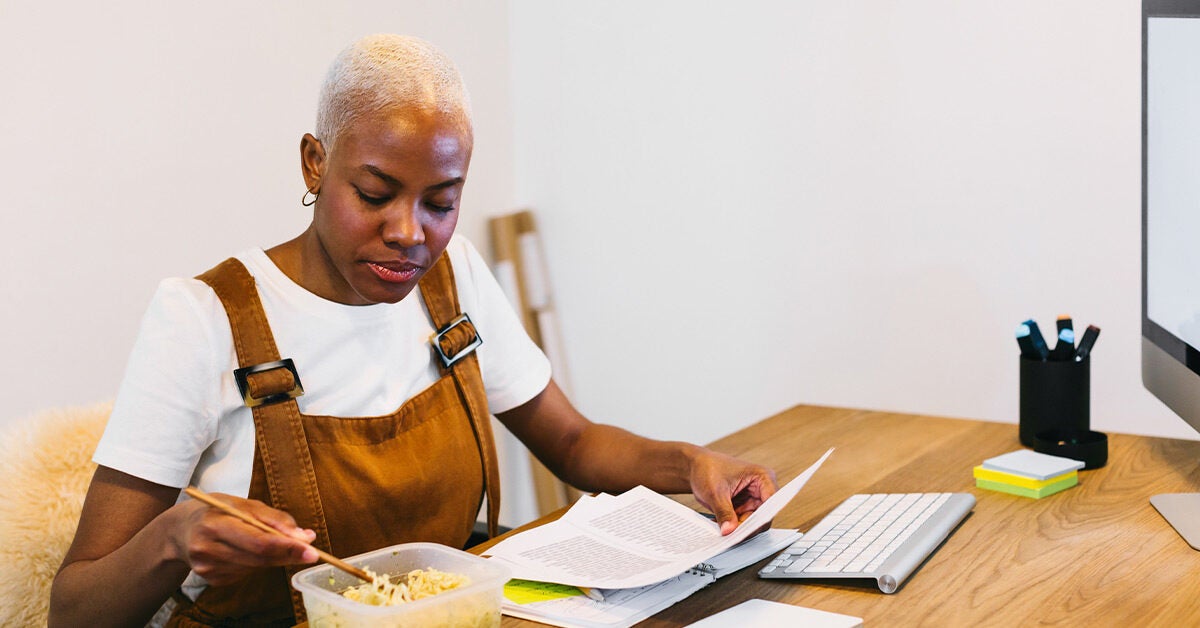