After our relish experience, it was on to preparing a salad from peaches and tomatoes. This is another simple dish that is amazingly good.

We used fresh peaches and tomatoes sliced about the same size. Seasoned with salt, red pepper flakes, chives, lemon juice and olive oil. That’s it. It is so delicious and looks mouth-watering. I got notes from people saying they made it the same week – even at the beach.

There was another salad next. This one was more substantial and is easy to serve as a main course. Tomatoes were a key player along with prosciutto and canned beans. We used the white cannellini. You can also substitute Great Northerns instead.

Again, garlic was an ingredient. A new one was Kalamata olives. Smoked paprika was an important seasoning. Olive oil and Sherry vinegar were in there too. This was one of those salads that’s called composed. It’s arranged on the plate for service.

This is a filling dish. We served ours with the Indian bread naan. Put it all together and it was a meal. A mighty good one.

Now it was time for a baked dish – a tomato gratin. My friend Camille Wright immediately mentioned scalloped tomatoes. This again is simple using canned tomatoes.

Croutons made from a crusty baguette are critical. The usual suspects – garlic, Parm, basil and olive oil – are part of the deal. The result is pure lusciousness. It’s a delight served hot, warm or room temperature.

Include Vitamin B12 In Your Vegetarian Diet Naturally - Experts Reveal How

Fri Aug 7 , 2020
Vitamin B12 is one of the most essential micro-nutrients that our body need for overall well-being. This water-soluble vitamin plays a key role in production of red blood cells and contributes to proper functioning of nervous system. It also helps to strengthen our immunity and boost hair and skin health. […] 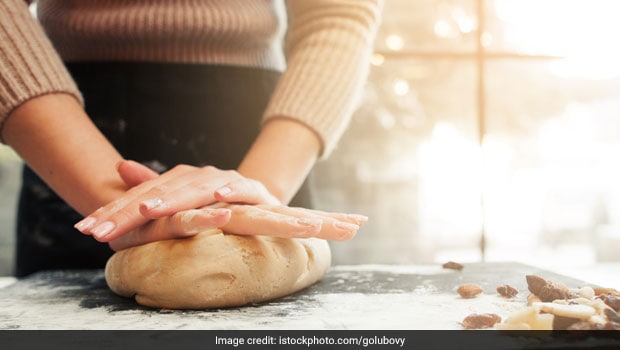