New Year’s Eve and New Year’s Day celebrations stand to look a little different this year. Even though guest lists may be smaller and parties much more intimate, hosts can increase the “wow factor” in other ways — namely with the food.

Though New Orleans is well known for its French and Creole heritage, Sicilian immigrants who settled in the region in the early 20th century brought with them their cuisine as well. Muffaletto bread is a doughy sesame seed bread that residents ended up pairing with various meats and cheeses. Central Grocery Co. owner Salvatore Lupo decided to turn the bread and food combination into a sandwich and dubbed it the Muffaletta Sandwich. Made on rounds of soft, fluffy sesame bread, and covered with salami, ham, mortadella, provolone, and olive salad. Every bite was full of flavor — and has become a New Orleans specialty. This recipe for “Muffaletta Bites” from “Southern Appetizers” (Chronicle Books) by Denise Gee emulates the flavors in bite-sized morsels and can enhance New Year’s Eve festivities.

Serves 6 to 8, three or four tartlets each

In a medium bowl, stir together the olive salad with the cheese, salami and ham. Cover and refrigerate for about 1 hour. Preheat the oven to 350 F. Lightly coat two 12-well miniature muffin pans with cooking spray, if necessary.

On a lightly floured surface, place the biscuit dough in two even rows and, using a rolling pin or clean finger, gently flatten/pat into a 1⁄2-inch-thick rectangle. Firmly press the perforation to seal. Cut each rectangle into 24 squares (each about 2 inches wide).

Place one square of dough in each of the prepared muffin wells. Firmly press the dough extended over the edges of each well; shape the edges with your fingers or use a fork to crimp it as desired. (The dough will rise at times; just press it back down until you can add filling). At this point, you can cover the muffin pan and refrigerate up to 1 hour.

Spoon a heaping 1 tablespoon of the filling into each well. Bake until golden brown, 10 to 12 minutes. Let cool for 5 minutes. Remove the tartlets from the pan and garnish each with a parsley leaf. Serve warm or at room temperature.

Tue Dec 29 , 2020
DETROIT – The Detroit Free Press and Metro Detroit Chevy Dealers have teamed up for a program that helps to feed health care workers and local food banks. The money they raised will also help struggling restaurants. The owner of Folk Detroit, Rohani Foulkes, spoke with Local 4. “We’re closing […] 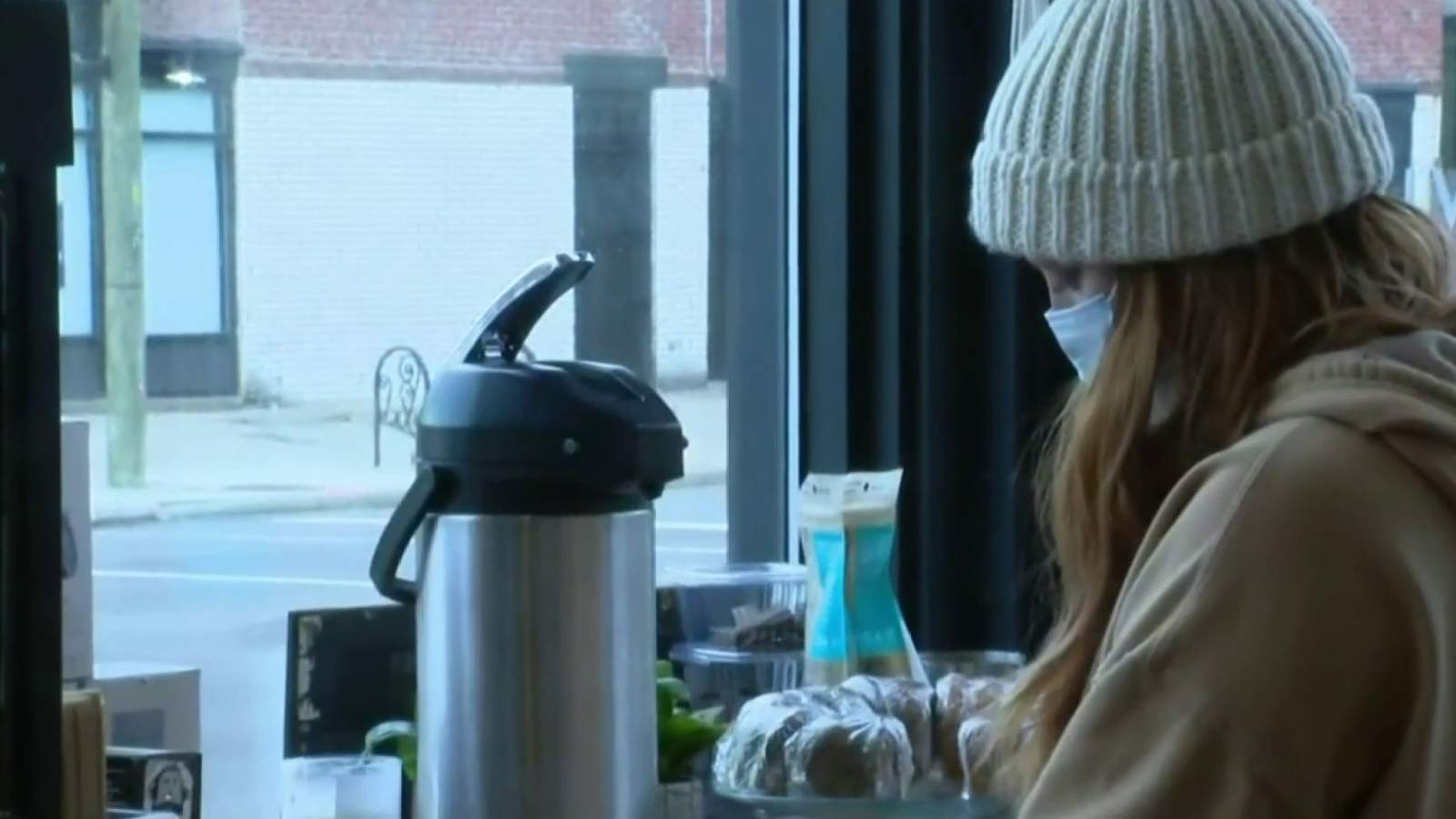