04 Jan 2021 — Unilever’s plant-based brand The Vegetarian Butcher is expanding its partnership with fast food giant Burger King to launch the Plant-Based Whopper in Latin America, the Caribbean and China.

The rollout closely follows launches across the Middle East and North Africa, including entry into UAE, Saudi Arabia, Oman and Morocco.

The brand’s expansion into additional continents follows a successful year in Europe, where The Vegetarian Butcher experienced strong growth across foodservice and retail, driven by its entry into 16 new European markets in 2020.

“[Entry into these new markets] marks an important milestone in our ambition to reach annual global sales of €1 billion (US$1.2 billion) from plant-based meat and dairy alternatives within the next five to seven years,” says Hanneke Faber, president of Unilever’s foods and refreshment division.

The expansion is “further confirmation of the huge global demand for high-quality plant-based foods,” she adds. 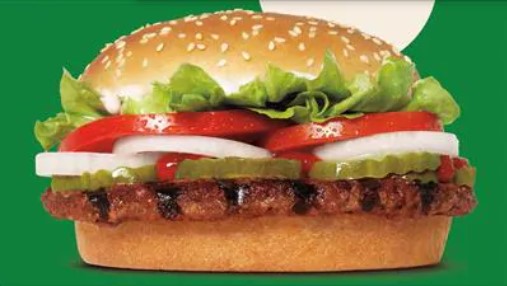 Click to EnlargeThe Plant-Based Whopper, powered by The Vegetarian Butcher, has launched in over 35 countries.Fast food plant-based
The Plant-Based Whopper taps into the growing flexitarian demographic of meat eaters who want to reduce their consumption of meat, without having to sacrifice on taste and texture.

“The Plant-Based Whopper, launched in over 35 countries, has been a real game-changer and become one of the biggest launches in the brand’s history,” adds Matt Banton, global head of innovation and sustainability at Burger King.

The growth has helped the brand further tap into the ongoing global surge in demand for plant-based foods as people around the world become more conscious of the impact of animal products on their health and the planet.

Expanding global reach
The Plant-Based Whopper has now been launched in 325 Burger King outlets across Beijing, Shanghai, Shenzhen and Hangzhou, China, with nationwide rollout plans from Q2 of 2021.

Driving sustainability through plant-based sales
The latest move into new territory marks significant global expansion of the partnership between Burger King and The Vegetarian Butcher, which kicked off in 2019 with the introduction of the plant-based “Rebel Whopper” across 25 European countries.

Unilever acquired Netherlands-based The Vegetarian Butcher in 2018 for an undisclosed amount.

Unilever has been expanding its plant-based meat and dairy alternatives business for several years by developing vegan versions of well-known classics, such as Hellmann’s mayonnaise and Magnum ice creams.

The company recently launched its Future Foods commitments, which aim to help people transition towards healthier diets and to help reduce the environmental impact of the global food chain.

As part of its goals, Unilever set a global sales target to net €1 billion (US$1.2 billion) from plant-based meat and dairy alternatives within the next five to seven years.

The multinational also aims to roll out The Vegetarian Butcher brand and ramp up vegan alternatives from brands including Hellmann’s, Magnum and Wall’s.


To contact our editorial team please email us at
[email protected]


If you found this article valuable, you may wish to receive our newsletters.

Subscribe now to receive the latest news directly into your inbox.

Mon Jan 4 , 2021
(Family Features) A new year signals a chance to renew your commitment to healthier eating, but many of the most popular diets, like the keto diet and paleo diet, eliminate entire food groups, which can cause you to fall short on nutrients you need. For example, a study in the […]