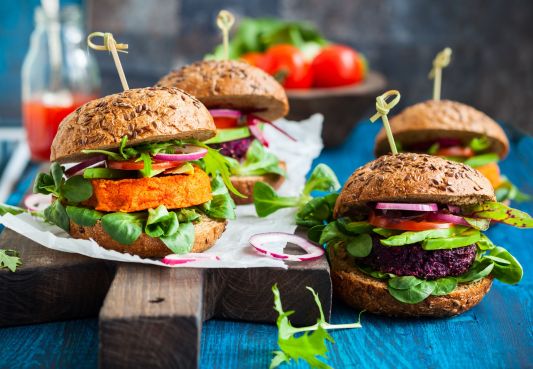 Vegan food is set to be on the menu this Christmas, with one in four Brits planning to eat more plant-based foods over the holiday, according to research conducted by market research company Opinion Matters. Retailers that had prepared for this influx in vegan eating over the holidays will now be cashing in as consumers head out to the shops to pick up supplies for the big day.

Large grocery chains, which have made hefty investments in plant-based foods in recent years, have even reported that new vegan lines are selling out early. Waitrose said pre-orders of vegan Christmas foods were up 700% compared with last year, according to the Guardian.

What’s more, the popular January vegan eating challenge, Veganuary, is on course for its biggest year yet in 2021. More than 250,000 people have already officially signed up to take part, marking the halfway point to the group’s target of 500,000.

Veganuary’s international head of communications Toni Vernelli, told Speciality Food that the surge in demand for plant-based foods opens up the door to a significant sales opportunity for fine food retailers who are prepared to invest in exciting, innovative vegan food and drink.

“The rising popularity of vegan food provides an opportunity for independent retailers to stock more exclusive vegan products, such as artisanal nut-based cheeses, as well as products from new vegan companies that are just launching,” Toni said.

“These types of items generate a lot of excitement, and January is when there is the biggest audience experimenting with plant-based food.”

Wholesalers and catering businesses are also cashing in on consumers’ increasing appetite for vegan food. Vegetarian food supplier Vegetarian Express says growth in demand for plant-based food has helped boost the group’s total sales by 60% between 2017 and 2020.

“Responding to customer demand, we’ve rapidly been shifting the focus of our new product development and wider range towards vegan products, for example we’ve launched 253 new vegan products since the start of 2019, and 93% of the +1200 products in our total range are now vegan,” says David Webster, managing director.

Brakes, the UK’s leading wholesale foodservice provider, has seen a 550% increase in searches for vegan products on its website in the past two years. “The growth in vegan products has been exponential and it shows no signs of stopping, so we’ve developed a fantastic range of vegan products, which do not compromise on taste or quality and will help our customers take advantage of this increasingly lucrative sector,” says Matt Lake, senior product development manager for innovation.

“It’s important, particularly in these difficult times, that we help our customers to capitalise on as many opportunities as possible and having a great vegan range is a vital part of that,” he adds.

For retailers, the key to successful stocking for the plant-based trend lies in versatility. Gone are the days when vegans were limited to salads – today, a wide range of options are available to cater to consumers who come to veganism for a range of different reasons, from a desire to cut down on their environmental impact to health concerns to animal welfare.

“We understand that food is a very personal journey.” says Gem Misa, co-founder of Fullgreen. “As consumers we’re constantly figuring out what we like to eat and what works for us – it’s an ever changing experience and one that’s very much based around dietary preferences, needs and experiences.

“For us, it’s about being transparent with our products with clear and concise information like macros and portions of veg so customers always have quick and easy access to nutritionals and can make informed decisions based on that,” Gem adds.

Whatever their reason for eating more plant-based foods, consumers have a clear and growing interest in vegan options, and retailers that can cater to these wide range of tastes will make a success of the vegan opportunity.

Get Speciality Food magazine delivered to your inbox FREE

Get your free copy