If you have a smartphone, you probably spend a large portion of your screen time marveling at recipe hacks on Gen Z’s favorite app: TikTok. And the best part is that many of the recipe videos that have gone viral are vegan! If the recipe that has you drooling on your device contains animal-derived products, fear not, my friend, ’cause we’ve got some hacks that’ll make it possible to partake in those trends, too, without hurting animals. Here are some great ones that are already vegan, followed by some hacks from us:

What better way is there to start the day than with a cup o’ joe? How about with a cup of whipped joe?! See how easy it is to make delicious, velvety coffee in just a few minutes.

A recipe for vegan cloud bread doesn’t exi— this here is all your need to make your own heavenly loaf of pastel-colored perfection without paying for chickens to be abused and slaughtered (that is, a loaf without eggs).

The mini pancake trend was too cute not to make vegan. PETA shows you how to start your morning off right with “accidentally vegan” pancake mix, egg replacer, and everyone’s favorite: oat milk.

This recipe has our two favorite things: vegan cheese and Tabitha Brown. The “cheese” sauce looks almost too good.

Did you ever think you’d crave a smoothie more than vegan ice cream? This recipe will have you reaching past the pint for a frozen banana—guaranteed.

With over 9 million views, this vegan doughnut video obviously had to be on our list. It doesn’t include the recipe, but you can find it here.

my fam really asked me to make donuts…at THIS hour?! They do b tasting good tho ;/ #fyp #foryou #donuts #vegan

There’s a reason this video has 3.5 million views—and that iconic crunch has got to be it. Use an oven or an air fryer to get great results.

Who knew that you could make a delicious, creamy sauce out of garlic? Well, this lady did, and that’s why her video tutorial is so popular. Excuse us while we go peel some garlic bulbs.

Potatoes may seem basic, but cooking damn good tots is an art! And that makes this TikToker Picasso Potasso. 🥔🎨

You may have seen those fried sandwiches with egg on the outside of the bread and meat and cheese in the middle. It seems like a fun idea—if it didn’t come with all that animal suffering. So we’ve created a vegan hack to make your fried sandwich dreams come true. This recipe is proof that you can veganize any TikTok recipe you see if the creator forgot that animals are sentient beings who deserve our consideration.

Salt and pepper, to taste

Vegan living went mainstream a long time ago, and that means it’s now easy to find all kinds of animal-free recipes and foods on popular apps, on cooking websites, and in restaurants. Remember: It’s not OK to confine and artificially inseminate animals, kidnap their babies, exploit their reproductive systems until their bodies are worn out, slaughter them, and eat their flesh. Any recipe can easily be made vegan just by swapping a few nasty ingredients for their vegan counterparts.

Why black Americans are more likely to be vegan

Fri Sep 11 , 2020
Image copyright Submitted photo / Michelle Lyn Black Americans are almost three times as likely to be vegan than white Americans. Why is this alternative diet so popular? When Louis Hunter woke up on the morning of 31 May he didn’t know what to do. His hometown of Minneapolis was […] 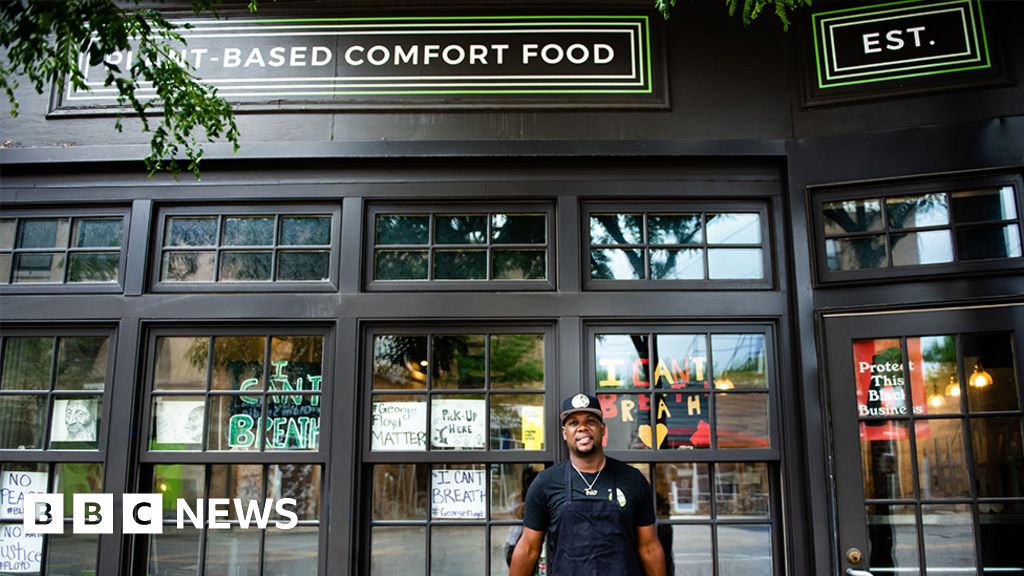