Vegan and vegetarian diets have never been more popular. Each passing day it feels like more and more people are giving up on cheeseburgers, steaks, and chicken in favor of nuts, legumes, tofu, and other greener food options.

There are plenty of reasons to justify a shift toward veganism, but a new study just discovered a drawback associated with swearing off meat products.

It isn’t just vegans though; the research team also notes both traditional vegetarians and people who eat fish but not meat (pescatarians) are at an elevated risk of suffering a hip fracture in comparison to meat-eaters.

Vegan and vegetarian diets are supposed to be healthier than a diet that piles on the red meat, and for the most part, they are. Greener diets have been shown to lower one’s risk of cardiovascular disease, cancer, and obesity just to name a few benefits. Besides just personal health goals, many adopt a vegan or vegetarian diet out of environmental or animal-cruelty related concerns.

While this study certainly doesn’t discount or disprove any of those benefits, it does show that it’s important for vegans and vegetarians to make sure they’re getting enough protein and calcium. Case in point, the risk of fracture among vegans and vegetarians was somewhat reduced once researchers accounted for BMI, protein intake, and calcium intake. So, vegans who are sure to get enough daily protein and calcium aren’t at quite as high of a risk of bone fracture.

“This is the first comprehensive study on the risks of both total and site-specific fractures in people of different diet groups. We found that vegans had a higher risk of total fractures which resulted in close to 20 more cases per 1000 people over a 10-year period compared to people who ate meat. The biggest differences were for hip fractures, where the risk in vegans was 2.3 times higher than in people who ate meat, equivalent to 15 more cases per 1000 people over 10 years,” explains lead study author Dr. Tammy Tong, Nutritional Epidemiologist at the Nuffield Department of Population Health, University of Oxford.

These conclusions certainly weren’t drawn haphazardly. The study’s authors utilized a gigantic dataset collected over nearly 20 years. A total of 54,898 people were included in this research, all of whom were originally recruited between 1991 and 2001. Since then, each person has had their health outcomes tracked over the following decades.

After a dietary follow-up in 2010, all the participants’ were reassessed once again in 2016 to look for fracture rates and any connection to dietary habits. Over the full course of the study, a total of 3,941 fractures occurred (566 arms, 945 hips, 520 ankles, etc).

Besides calcium and protein intake, an individual’s BMI also appears to play a role in bone fracture risk. On that note, BMI may influence bone fracture risk more than diet when it comes to the wrists, arms, and ankles specifically.

“Previous studies have shown that low BMI is associated with a higher risk of hip fractures, and low intakes of calcium and protein have both been linked to poorer bone health. This study showed that vegans, who on average had lower BMI as well as lower intakes of calcium and protein than meat eaters, had higher risks of fractures at several sites. Well-balanced and predominantly plant-based diets can result in improved nutrient levels and have been linked to lower risks of diseases including heart disease and diabetes. Individuals should take into account the benefits and risks of their diet, and ensure that they have adequate levels of calcium and protein and also maintain a healthy BMI, that is, neither under nor overweight,” Dr. Tong says.

In conclusion, the research team says they would like to see further research performed on this topic, as some aspects of their work were somewhat limited. For example, scientists had no way of determining how these fractures were taking place. A follow-up study would also benefit from a more diverse population sample (the majority of subjects included in this research were white Europeans).

If you’ve been considering trying out a vegan or vegetarian diet, don’t let these findings stop you. Just be sure to get enough protein and calcium as well.

The full study can be found here, published in BMC Medicine.

Tue Nov 24 , 2020
Massive lines have cropped up at food banks around the nation ahead of the 2020 holiday season.  Reports from California, Wisconsin, New York, Texas, South Carolina and other states indicate many of the people waiting for assistance never needed help before this year when the coronavirus pandemic shut down swaths of businesses and […] 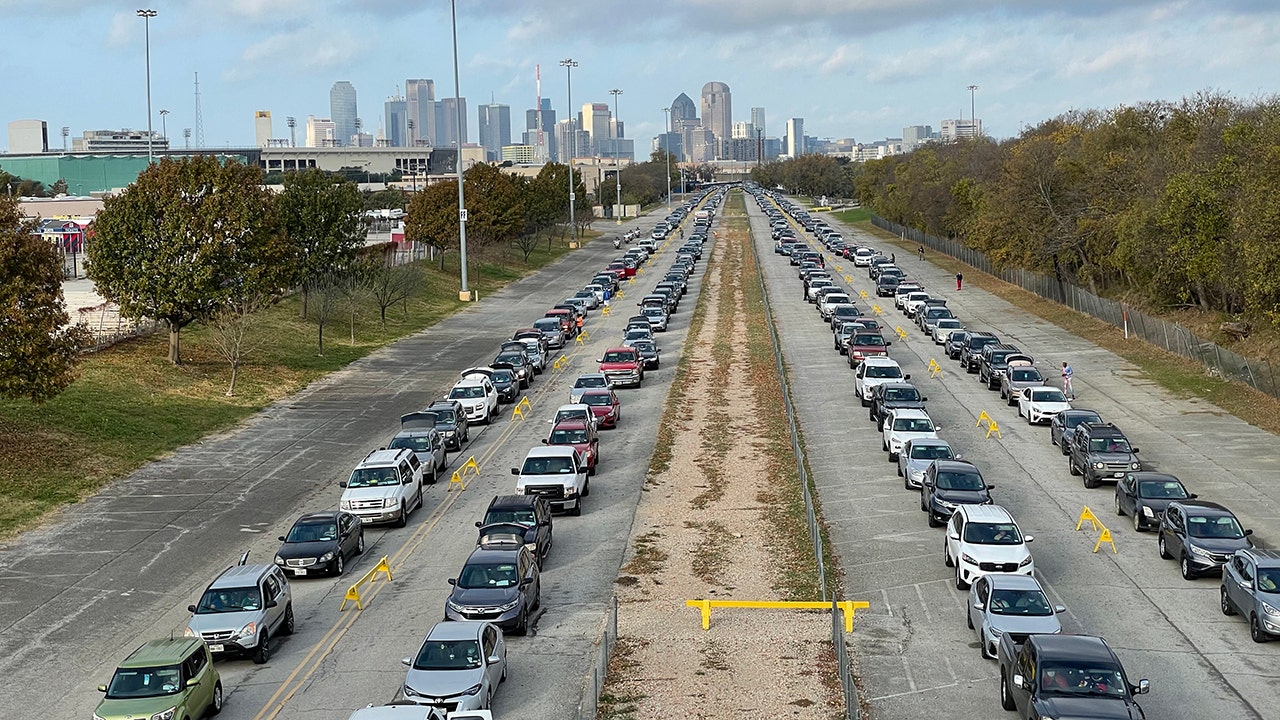