If you don’t eat meat, then Christmas (or Thanksgiving, or even just a Sunday lunch) can be upsettingly hit and miss. The closest thing to a traditional meal you will encounter is an old-fashioned nut roast, and God knows what a minefield those can be. Pick a bad recipe and you’ll end up with something inedibly dry, or unattractively crumbly, or just plain dense and tasteless.

Nevertheless, help is at hand. This is going to be the strangest Christmas in living memory, so the least you deserve is a palatable lunch. Here are a few of the best options.

At the risk of nullifying the rest of the list, here is Felicity Cloake’s recipe from 2011. It is a glorious-looking construction, complete with parsnips, mushrooms and stilton, wrapped in cabbage leaves. If it is allowed this year, it is the sort of thing that could easily win over visiting meat-lovers. “At an early Christmas dinner of omnivores, this disappeared even faster than the pigs in blankets,” Cloake wrote. “High praise indeed.”

Another example from the Guardian archives is Beth Gardner’s white nut roast, from a 2015 reader recipe swap. The nuts here are a combination of ground brazils, macadamias, pine nuts and almonds, mixed with artichoke hearts and fresh white breadcrumbs and livened with lemon zest. Gardner suggests serving with white sauce.

One possible reason nut roasts may have fallen out of vogue is how vegan-unfriendly they can be. The majority of them do, after all, contain quite large quantities of cheese. With this in mind, the Vegan Society’s recipe has a lot going for it. The cheesiness comes from yeast extract dissolved in water, and the recipe really is as simple as it states. Soften an onion, mix in very few other ingredients and bake for half an hour. Easy.

I need to point out that this recipe cost 42p when it was published a year ago, so there might be some price discrepancy now. But, nevertheless, if you can trust anyone to do something excellent and cheaply, it is Jack Monroe. As well as a packet of mixed shelled nuts, her recipe calls for apple juice, cranberry sauce and some sage and onion stuffing mix.

Never one for tradition, Jamie Oliver packs a punch with his nut roast. Not only does it contain cayenne pepper in amounts that would make conservative diners wince, but it also comes twice cooked; once in the traditional manner, and then finished off for 15 minutes in a bath of hot chilli salsa. If nothing else, at least this one won’t be dry.

Meanwhile, for something that lingers closer to the “fragrant” end of the spice spectrum, Hari Ghotra’s recipe contains cumin, ginger, turmeric and two types of chilli. Moisture comes from a combination of paneer and cheddar cheese. Even better, you can make it from scratch in less than an hour.

Anna Jones calls her recipe “more than a nut roast” and it is easy to see why. This is less a roast and more a tart. The base is in essence a traditional nut roast; the topping, however, is a heaping of baked ricotta and wilted, chilli-spiked greens. Again, this seems as if it were designed to trick people into eating a nut roast. But this is a battle for hearts and minds, so it is a valid tactic.

Assuming that, by some miracle, you will have people to impress this Christmas, the Last Food Blog’s nut roast en croute is a centrepiece in every respect of the word. It looks and smells Christmassy, thanks to the addition of rosemary and sage, but the fact that it is baked in a sheet of shop-bought shortcrust pasty makes this an exceptionally easy showstopper.

And then there is Delicious magazine, gamely attempting to update the austere nut roast image into something genuinely extravagant. It’s a nut roast with the flavours of apricot, za’atar, pomegranate molasses, cumin, coriander and cinnamon, layered with sweet potato, topped with slices of purple and white potatoes and baked in a springform cake tin. Imagine.

This final one isn’t so much a recipe, but more of a troubleshooting manual. Three years ago, the Vegetarian Society published an extremely useful guide to nut roasts that should see you clear whichever recipe you decide to use. It has pointers on texture and desired temperature, along with a very helpful reminder that, if you need to, you can always cook the roast the day before, slice it chilled and reheat it in individual portions before serving. 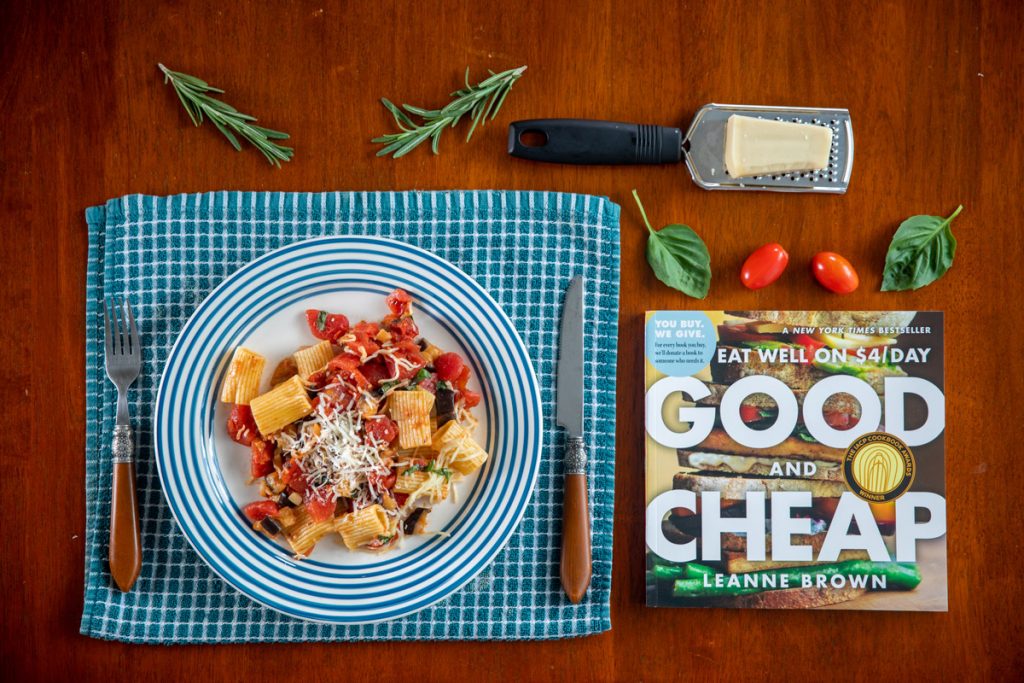