I’m a registered dietitian, and I’m sick of the mainstream idea of “healthy eating.” Many people think of healthy eating as an overflowing salad bowl or a turmeric chia seed smoothie, but it’s more complicated than that.

Don’t get me wrong, I love a good salad (especially a #saladthatdoesntsuck). But the traditional definition of healthy eating is prohibitively one-dimensional. The truth is, there are a lot of things that play a part in whether someone can eat healthfully. Access to food is one of them, and it often goes ignored.

Before we talk about food access, I’d like to define what healthy eating means to me. For one, having a good relationship with food is just as important as what you eat. This means listening to your body and honoring its needs when you can. It’s also challenging how fatphobia, racism, and diet culture play out in our food choices and behaviors, and allowing food to be part of our joyful connection with others.

Of course, nutrition plays a role too. But instead of going overboard—which is common in our “wellness”-obsessed culture—I like to lean into the concept of gentle nutrition, a term coined by the authors of the book Intuitive Eating. If physical health is important to you, that may mean incorporating nutrient-rich foods—such as fruits, vegetables, whole grains, legumes, nuts/seeds, and lean protein—into your diet somewhat consistently. If you have a chronic condition, that might look like using medical nutrition therapy (an evidence-based approach to managing chronic disease) into your individualized eating plan. In short, healthy eating is flexible, and it incorporates your mental, physical, and social well-being.

And the pandemic is making things worse. According to Feeding America, workers who have service occupations or work in the leisure and hospitality industries—those especially hard-hit by the pandemic—are more likely to be food insecure. The organization projects that 42 million people (including 13 million children) could be food insecure in 2021.

Food deserts play a major role in the issue of food access—or lack thereof. A food desert is typically defined as an area that has limited access to affordable, healthy food options (including fresh fruits and vegetables) due to a large grocery store being too far away. However, some experts believe that food apartheid is a more appropriate term, since it takes into account the role racism and inequities play in our food system.

For people who have always had easy access to a grocery store or had fresh produce available whenever they wanted, grasping the issue of food access can be difficult. I got to witness a lack of food access firsthand when I worked as a nutrition educator. First, in New York City, I conducted cooking demos and nutrition education workshops at farmers markets strategically placed in areas with low food access throughout Harlem, the Bronx, and Brooklyn. Whenever we did a cooking demo, we made sure to use ingredients that were accessible to them. But I was able to see firsthand that outside of what was provided at those farmers markets, there was a real lack of places where people could buy fresh fruits and vegetables. For many, the closest—and most convenient—place to buy food was the bodega, which in my experience usually didn’t have many fresh or frozen produce options.

Food access was also a major concern when I was working at a federally qualified health center in East Oakland. The clinic was located in the same facility as many fast-food chains, but fresh food was hard to come by. And, no, I’m not saying that there is anything inherently wrong with fast food. But when that is the only option present, variety is limited. There was one grocery store near the clinic, but the options for fresh produce were abysmal at best. In fact, many people weren’t interested in incorporating fruits and vegetables into their diet if it meant eating the ones from there. I often did weekly cooking demos with my patients using ingredients from this store, and one time I bought yogurt there to incorporate into a meal we were making. When I opened it, it was completely molded inside.

I used to spend my lunch break driving five miles to the nearest Trader Joe’s to purchase appetizing produce options for my cooking demos. This was, of course, incredibly privileged, and not something most of my patients could do. Many didn’t have cars to get there, or enough of a grocery budget to shop at a place like that. When you have a large family to feed and are trying to stretch the food dollar, Trader Joe’s ain’t it.

This experience reinforced my belief that instead of blaming the individual for what food choices they are making—which is generally the default in our society—it’s time to wake up and acknowledge the bigger picture: Your environment plays a big role in the food you eat. Instead of separating food access from healthy eating, we need to think about the two concepts together when making recommendations, especially as dietitians. The role of the health provider isn’t to preach what someone should be eating, but rather to help people obtain access to decent food in general if that’s a barrier. That may mean assisting the client in enrolling in programs for food aid or facilitating transportation to a grocery store that has more nutrient-rich options.

It also means changing the overarching narrative around healthy eating to incorporate the realities of what food access may look like for some people. For example, people in food deserts might feel demoralized if they see fancy, fresh-ingredient recipes as the only look of wellness. Really, though, it can be so much more, and it’s our duty to show that.

Overall, we need to be more fluid on what constitutes healthy eating—and by “we,” I mean both experts and wellness influencers on social media, as well as the general population. For instance, there’s the mainstream ideal that fresh is best, but frozen options are also really good too (some even have more nutrients than their fresh counterparts) and they also tend to be more accessible. Same regarding processed foods: All processed and packaged food isn’t “bad,” and labeling it as such can be harmful to people who may rely on them for a lot of their meals. Honestly, most foods are processed: The Academy of Nutrition and Dietetics considers processed foods to be anything that’s been handled or prepared in any way, and that includes a bag of pre-washed spinach, chopped butternut squash, or canned tomatoes. When we take circumstance, including food access, into account, healthy eating becomes more flexible—and more inclusive too.

Fri Mar 19 , 2021
OCOEE, Fla. — Dozens of volunteers filed into West Orlando Baptist Church on Saturday morning, bright and really early, to pack up and pass out groceries for Food For Families. What You Need To Know Volunteers packed and delivered food for nearly 1,300 families Saturday The group at West Orlando […] 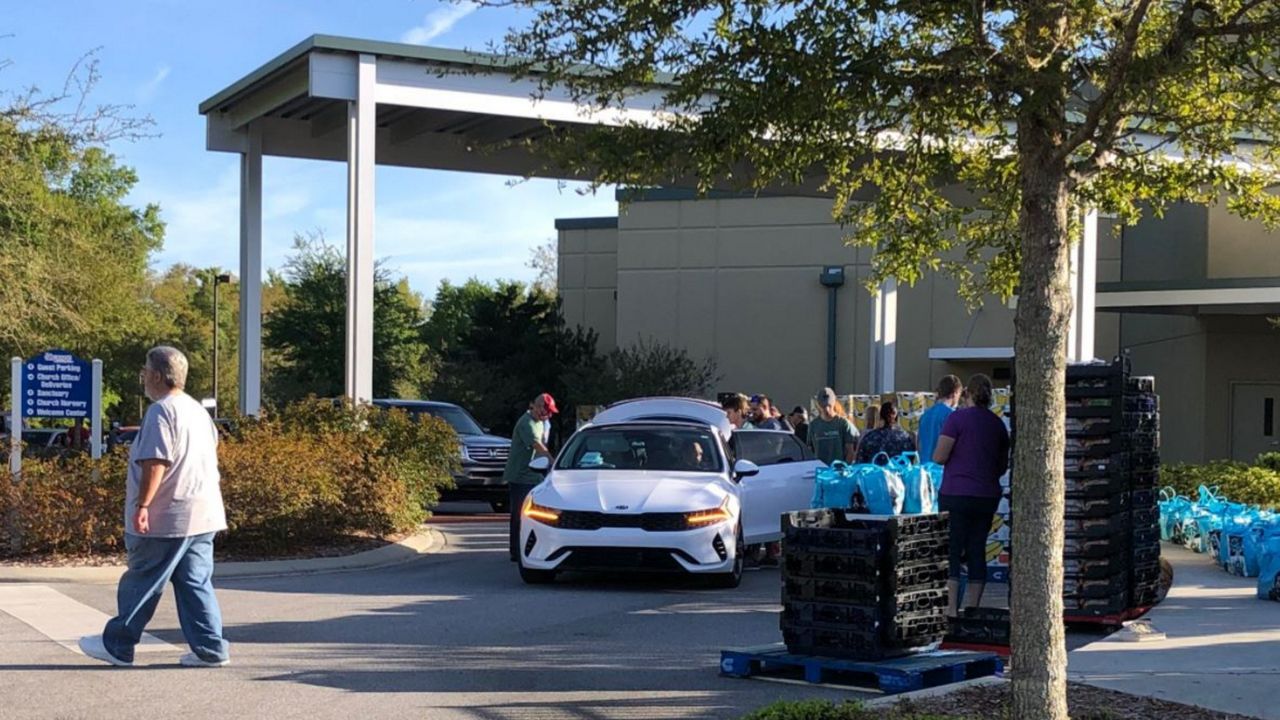