THE GRAND TOUR — West Virginia Commissioner of Agriculture Kent Leonhardt gets a tour of the Public Market on Wednesday from manager Jodi Adams. (Photo by Joselyn King)

Leonhardt visited the Public Market in Wheeling on Wednesday, and commented on how locally grown food is benefiting the state.

“Agriculture in West Virginia means good health,” Leonhardt said. “It means closer, safer food for residents, and that overall health care costs are reduced for the safe. It benefits the individual, the economy and the environment.”

He said too often people don’t understand agriculture is business.

“I mean just here in Wheeling, without the Public Market, there would be eight fewer people employed.”

The Public Market opened in October 2019 at the Robert C. Byrd Intermodal Transportation Center in downtown Wheeling. It features produce and dairy products from farmers throughout the region, as well as a cafe where prepared food is served.

Since the coronavirus pandemic, employees have noticed a trend at the Public Market. While the cafe isn’t doing as much business, sales on the grocery side have increased.

“People have become more interested in healthy eating,” said Danny Swan of Grow Ohio Valley, which oversees the Public Market. “There has been an increase in those wanting to know the food they eat comes from local farmers, and that they are eating healthy food.”

Those with EBT cards may purchase items at the Public Market at half cost, assuring a source of healthy food for those at lower economic levels, he said.

“Having limited financial resources doesn’t have to be synonymous with having to buy processed food,” Swan said. “Too often, people think you have to buy only bagged and boxed things.

“You can buy fresh produce and meats from farmers you know.”

Local berries and fruit in general are popular choices at the Public Market, as are meat and eggs, said Eleanor Marshall, director of special projects for Grow Ohio Valley.

She said the market really could sell more eggs and meat than can be provided by local farms.

Eric Blend of the Blended Homestead said he sells 20 dozen eggs a week at the Public Market, and that’s all he can produce. He encourages other farmers to start bringing eggs to the market.

“I tell other farmers I can’t do it alone,” he said.

Leonhardt was impressed by what he saw at the Public Market, as well as the number of people shopping there.

“Look at the traffic — that should tell you something,” he said. “It is mid-afternoon on a Wednesday, and that speaks volumes.”

(King can be contacted at [email protected])

Today’s breaking news and more in your inbox

Are Fortified Cereals Healthy? We Asked a Nutritionist for the Scoop

Sat Aug 8 , 2020
You’re adamant about keeping sugary cereals out of your kids’ bowls and instead only bring home breakfast grains that boast lots of vitamins and minerals on the box: fortified cereals. But does that really mean they’re healthy? We spoke to Dr. Felicia Stoler, DCN, a registered dietitian, nutritionist and exercise […] 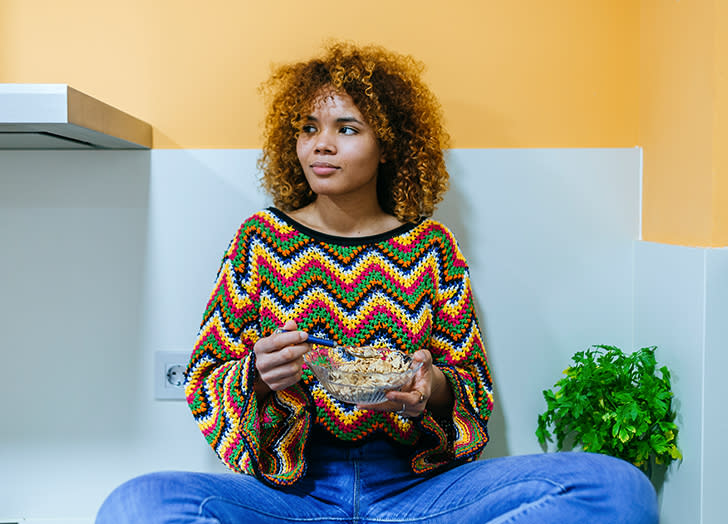