This article is excerpted from TIME: SUSTAINABILITY, available at retailers and on Amazon.

In his book Walden, the American essayist Henry David Thoreau famously documented his attempts to live simply and “deliberately” on the edge of a lake in the woods of Massachusetts. While many today think of Thoreau’s memoir as a paean to a solitary existence, those who study and teach Thoreau say this is a misconception.

“The message of Walden is not about withdrawing from society,” says Aaron Sachs, a professor of history at Cornell University who studies American culture and its engagement with nature and natural resources. “Thoreau was writing at a time when people were making this transformation from being fairly independent in terms of growing their own food and, a lot of the time, making their own clothes to being dependent on wages and industrial production.” This dependence left many feeling powerless and desperate, he says. The Industrial Revolution also ushered in a new era of never before seen consumption and profligacy. In the face of all this, Thoreau was writing about using discarded materials to build his own house, or sometimes even foraging for food in the forest. “He was reminding people that there were alternative ways to live that didn’t rely on the rapacious use of natural resources,” Sachs says. In other words, Thoreau was more humanist than hermit. And he was one of the country’s early advocates of sustainable living.

Today, the ideas that Thoreau espoused more than 160 years ago are alive and well. From nature-sensitive and minimalist consumption practices to the thoughtful repurposing and recycling of materials, many of Thoreau’s approaches have acquired new devotees in an era when many are concerned about the health of the planet and its resources. But while, in his own time, many of Thoreau’s causes required a large measure of personal sacrifice, sustainable living today doesn’t make the same demands. It only requires a change in attitude and priorities—ones which can lead to a happier, richer and more satisfying life.

There’s evidence that Americans are increasingly willing to make these changes. According to a 2019 poll of residents of the United States and Australia, conducted by Australia’s Southern Cross University, roughly three out four people are interested in learning how to live a more sustainable life. And, already, a majority of those polled said they engaged in simple eco-friendly behaviors on a daily basis. Some of the most common and popular practices among those polled included recycling, turning off the faucet while brushing teeth, turning off lights when leaving a room, and opting to go paperless when managing bills. Meanwhile, a 2019 Pew Research Center poll found that more than half of all Americans say that they now cut down on food waste, avoid single-use plastic packaging and engage in other sustainable practices that were less popular a decade ago.

While these and other simple green behaviors are becoming more commonplace, many Americans are going to even greater lengths to live sustainably. From electric vehicles and solar panels to “ecotourism” and alternative meat, new opportunities to cut down on waste and its harms are sprouting up all the time. While some experts are hopeful that the current era will turn out to be a watershed moment for the momentum of the sustainability movement, American conservationism goes back many generations. Understanding where the country has been in the past may help direct it toward a brighter, less-wasteful future.

The Roots of the American Sustainability Movement

“The word sustainability didn’t really come into common usage until the late 1980s, but the idea that the way we’re doing things is not sustainable is much older,” says Adam Rome, a professor of environment and sustainability at the University at Buffalo.

During the second half of the 19th century, there was a major shift from burning wood for fuel to burning coal, which led to a significant increase in air pollution—especially in cities. While the air was black with smoke, drinking water was often polluted, streets were full of waste and people were crowded in unsafe housing. “The industrial city was something so phenomenally new, and it wasn’t obvious that you could sustain a society like that,” Rome says. “Cities were becoming death traps, and the challenge of creating a city that could sustain itself and its citizens required a whole slew of new institutions and technologies.”

In stepped the landscape architect and reformer Frederick Law Olmsted. Olmsted is most famous for conceptualizing and designing Central Park in New York City, but he also played a role in creating or instituting a number of conservationist endeavors that helped make cities greener, healthier and more stable. “Olmsted understood the challenge of making a city sustainable required all kinds of innovations—it was a social, economic and political problem as well as an environmental problem,” Rome says. In other words, many of the same challenges people and governments face today when grappling with sustainable initiatives were present back in Olmsted’s time.

As the American city adapted and evolved, so did the country’s approach to land management. For centuries, many had viewed the American continent as a vast and inexhaustible bank of resources. But as those resources began to dwindle, new and greener ways of thinking emerged. “Beginning in the 1890s, we had this new philosophy of responsible land management called ‘conservation,’ ” says Paul Hirt, a professor of history and senior sustainability scholar at Arizona State University. A major proponent of this new conservation movement was President Teddy Roosevelt, a Republican who created the U.S. Forest Service and established hundreds of forests, parks, bird and game reserves, and other protected lands. “By the 1920s, everyone considered themselves a conservationist,” Hirt said. “It was the right word at the right time. It implied wise and responsible and sustainable use, and it was a philosophy that made a lot of sense.”

The term “conservationism” remained dominant until the early 1970s, at which time it was replaced by a new word: environmentalism. While the lexicon was shifting, the underlying principles continued to garner broad support. “There was no partisan distinction between Republicans and Democrats regarding environmental protection,” Hirt says. “Richard Nixon and Ronald Reagan called themselves environmentalists.” This was the era in which the Clean Water Act, the Clean Air Act and many other landmark environmental regulations passed with bipartisan support. But by the early 1990s, he says, “environmentalism” had begun to accrue political baggage and unhelpful connotations. Another change was needed. “Sustainability became this generation’s term,” he says.

While a movement toward a greener, more sustainable way of living is not new, Hirt says people today have more ways than ever before to put their beliefs into action. “There are now hundreds of beneficial practices a person could adopt,” he says. “Everyone can cast about to find ones that make most sense in their life.”

While all are helpful, not all have equal impact.

The Choices That Matter Most

According to Hirt, a single person’s efforts to live more sustainably can make a meaningful difference in two ways. First, the behaviors themselves—creating a compost pile for food scraps, for example, or avoiding the use of plastic bottles—can help cut down on waste and need. And second, other people will notice these efforts. Human beings are social creatures, and they’re heavily influenced by what they see others doing. The more a person “models” helpful practices, the more these are likely to catch on among friends and neighbors, he says.

While any effort to live a more conscious, sustainable life is a worthy one, Hirt says some decisions matter more than others. “I think the daily choices that matter most are those that revolve around food, energy, water and transportation.” Hundreds of behaviors fall into each of these categories, and each exists on a spectrum. For example, a person may choose to bike to work once a week or every day. A person could abandon meat in favor of a vegetarian or vegan diet, or a person could eat meat less frequently while also limiting portion sizes. Any change in the right direction is a helpful one. And, over time, these small adjustments can reveal to people their ability to make bigger ones.

There’s an additional benefit to making these sorts of changes. “Most people go through life not thinking very analytically or deeply about the choices they make, like how long they shower, what they make for breakfast, or how they get to work,” Hirt says. “But people who choose to live a more sustainable life engage in self-analysis, and that’s an incredibly important intellectual practice that leads to all kinds of benefits throughout life.” Examination gives rise to insights and awareness, he says. And trying new things can help teach people that they have the power to make changes—that they can evolve and grow. In these ways and many others, the decision to live sustainably is an empowering one.

“You have to believe you can make a difference and you have to keep pushing,” he says. 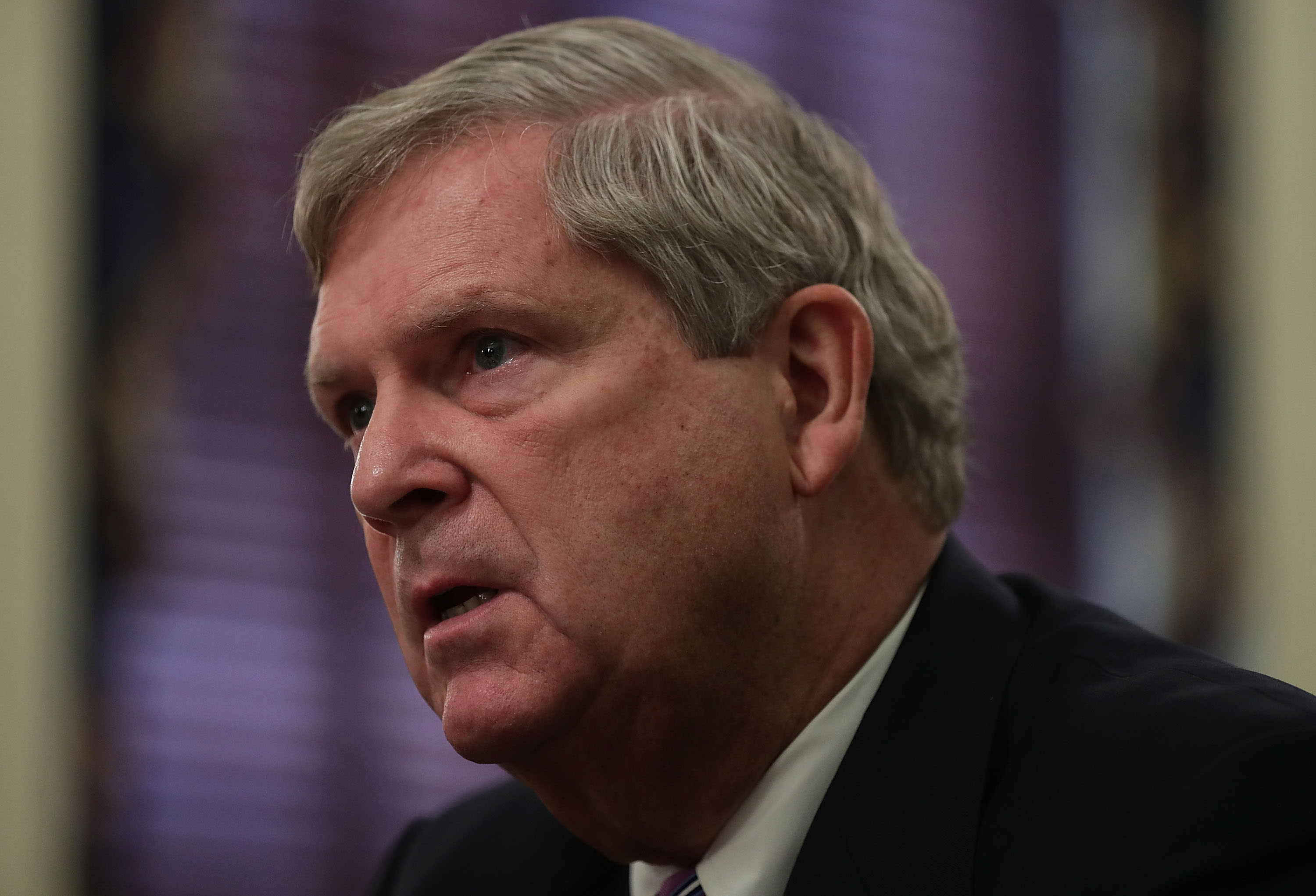