Black Americans are almost three times as likely to be vegan than white Americans. Why is this alternative diet so popular?

When Louis Hunter woke up on the morning of 31 May he didn’t know what to do.

His hometown of Minneapolis was in disarray after a week of protests following the death of George Floyd, and many businesses – including his own restaurant, Trio Plant-Based – were shut down.

“God just touched me and told me to go out and pass out all the food that I had prepared the day before,” he told the BBC.

In total, Mr Hunter gave away 300 vegan meals and bottles of water to Black Lives Matter protesters. The cause and his restaurant are inextricable in his heart.

In 2016 he was facing 20 years in jail on felony rioting charges after participating in a Black Lives Matter protest following the death of his cousin, Philando Castile.

Mr Hunter has always maintained his innocence, and charges were eventually dismissed, but he lost his landscaping business and apartment while the sentence hung over his head for over a year.

Through his legal battle, he met white activist Sarah Woodcock, who introduced him to the concept of veganism.

He started reading about how reducing or eliminating animal products can help reduce the likelihood of developing chronic illnesses like diabetes and high blood pressure – illnesses that plague the black community in the US.

He says he also started to connect how racial injustice contributes to the poor diet that many African Americans eat.

“At first I knew nothing about vegan, plant-based food at all,” he said. “After that I started seeing the other ways we were being treated wrongly, as far as our eating habits.”

Although he is not a strict vegan, which means cutting out all animal products from your diet, he says he now eats largely a plant-based diet that consists mainly of vegetables, fruits and legumes.

The pair went into business, and after a series of pop-ups, opened Trio in the autumn of 2018. Now he is the sole proprietor, making Trio the first black-owned vegan restaurant in the state.

The growth of Trio mirrors national trends, with everyone from athletes to pop stars jumping on board.

The trend is sparking a new generation of vegan influencers, like actress Tabitha Brown, who is getting her own cooking show after her vegan videos blew up on Tik Tok and Instagram (there is even an online petition to make Ms Brown the voice of Apple’s Siri).

Meanwhile, established celebrities like Beyonce, Lizzo and tennis star Venus Williams have all either gone vegan or part-time vegan, with Beyonce even partnering in a “plant-based” meal delivery service.

The singer made headlines a few years ago when she promised to give free tickets to her and her husband Jay Z’s concerts for life to a fan who made the switch to veganism.

So why has veganism become so popular with African-Americans?

‘To nurture my community’

For many black vegans, their journey begins with a quest for a healthier lifestyle.

African Americans have a higher rate of hypertension, type 2 diabetes, obesity and cancer than most other groups, in part because their diet is on average higher in salt and fat and lower in fruits and vegetables, research shows.

But socioeconomic factors like poverty, living far from a green grocer and easy access to fast food have made it harder for African Americans to eat healthily, according to the Food Empowerment Project, a non-profit aimed at ending food inequality.

Is a vegan diet healthy?

Numerous studies have showed that plant-based diets are associated with a lower-risk of developing chronic conditions.

The NHS says that a balanced vegan or vegetarian diet can be “very healthy”, but notes that it is not the only path to health. It cautioned that vegans need to be careful to plan their diet to get adequate protein and calcium through plant-based sources, and may need to take supplements to guard against B12 and iron deficiencies.

One recent study published in the British Medical Journal found that while vegans had a lower rate of heart disease, they had a higher incidence of stroke. Researches were not sure why, but told the BBC that it could be because of B12 deficiencies.

Food quantity, aside from food quality, is also a key factor in maintaining a healthy body weight.

It’s also one of the reasons why Mr Hunter wanted the menu at Trio to focus on foods his community would be familiar with and want to eat, comfort foods like burgers and soul food like collard greens and mac-and-cheese.

But those foods don’t have to be laden with bacon grease and full-fat cream, Mr Hunter says. The menu at his restaurant Trio veganises many soul food classics, using things like liquid smoke to give collard greens that bacon-y taste and cashews to make mac-and-cheese creamy without the cream.

At first, most of his customers were white, but now about half of his business is black.

“To nurture my community, is amazing. I pinch myself almost every day to see if it’s real,” he says.

‘To see yourself represented’

For Omowale Adewale, the founder of Black VegFest, a vegan festival created by and for the black community in New York City, connecting veganism to black culture is essential.

But when the festival first debuted, it drew puzzled looks from many white vegans.

“The vegan community has been white for so long, and sometimes it feels like they want to keep it white,” he says.

While the diet has been stereotyped as something exclusively for soy-latte swilling, upper-middle class white hipsters, there is a long history of black veganism in the US and abroad, he is quick to point out.

“You love to see yourself represented. That’s one of the main reasons why the black community has really galvanised around the vegan idea,” he says.

While many vegan organisations lobby to improve animal welfare, and Black VegFest is no exception, Mr Adewale also makes sure its platform addresses wider issues in the black community like the fight to end police brutality.

After battling high-blood pressure as a young man, Mr Adewale was introduced to vegetarianism by his brother, and then later adopted a vegan diet after being introduced to it by members of the Rastafari religion, which emerged in Jamaica in the 1930s.

A central tenant of Rastafarianism is eating “ital” foods – foods that are organic, locally grown and plant-based. Rasta-owned vegan and vegetarian restaurants can be found in cities around the world with a large Caribbean diaspora.

Traditional African cuisines, while not strictly vegan, are also largely plant-based and rich in dark leafy greens and legumes – staples in a healthy diet.

A recent study involving 48,000 people over 18 years compared the health of meat-eaters, pescatarians – who eat fish and dairy but not meat – and vegetarians, including some vegans. They found that people who eat vegan and vegetarian diets have a lower risk of heart disease, but a higher risk of stroke, possibly partly due to a lack of B12.

The vegan movement also has deep roots with the American Civil Rights Movement. Dick Gregory, a famed civil rights activist and comedian who marched alongside Martin Luther King, gave up meat in 1965 and later became a strict vegan.

“Because I’m a civil rights activist, I am also an animal rights activist. Animals and humans suffer and die alike. Violence causes the same pain, the same spilling of blood, the same stench of death, the same arrogant, cruel and vicious taking of life. We shouldn’t be a part of it,” he said.

It was Gregory who introduced Tracye McQuirter to veganism over 30 years ago, when he gave a speech at Amherst College’s black student union.

Now, Ms McQuirter is one of the many writers and influencers who are helping make veganism mainstream in the black community. Her 2010 cookbook, By Any Greens Necessary, was specifically aimed at black women, and this year she is launching an online campaign to try and get 10,000 black women to go vegan.

Ms McQuirter says that veganism is more important now than ever before, as Covid-19 ravages many black communities, in part because of their higher rate of pre-existing chronic conditions.

Chronic disease and systemic racism are inextricable, she says.

“While the root cause is systemic white supremacy, one of the symptoms is we have access to the unhealthiest foods,” she says.

As thousands march in Black Lives Matter protests, Ms McQuirter says it is “urgent for us to take care of ourselves and eat well so we have the energy to fight these battles”.

Fri Sep 11 , 2020
“As a Festival, we understand the power of food and its ability to bring people together,” said Lee Brian Schrager, Founder and Director, NYCWFF. “The goal has always been to do it in a way that supports the city’s diverse hospitality community and the great work of our charity partners, […] 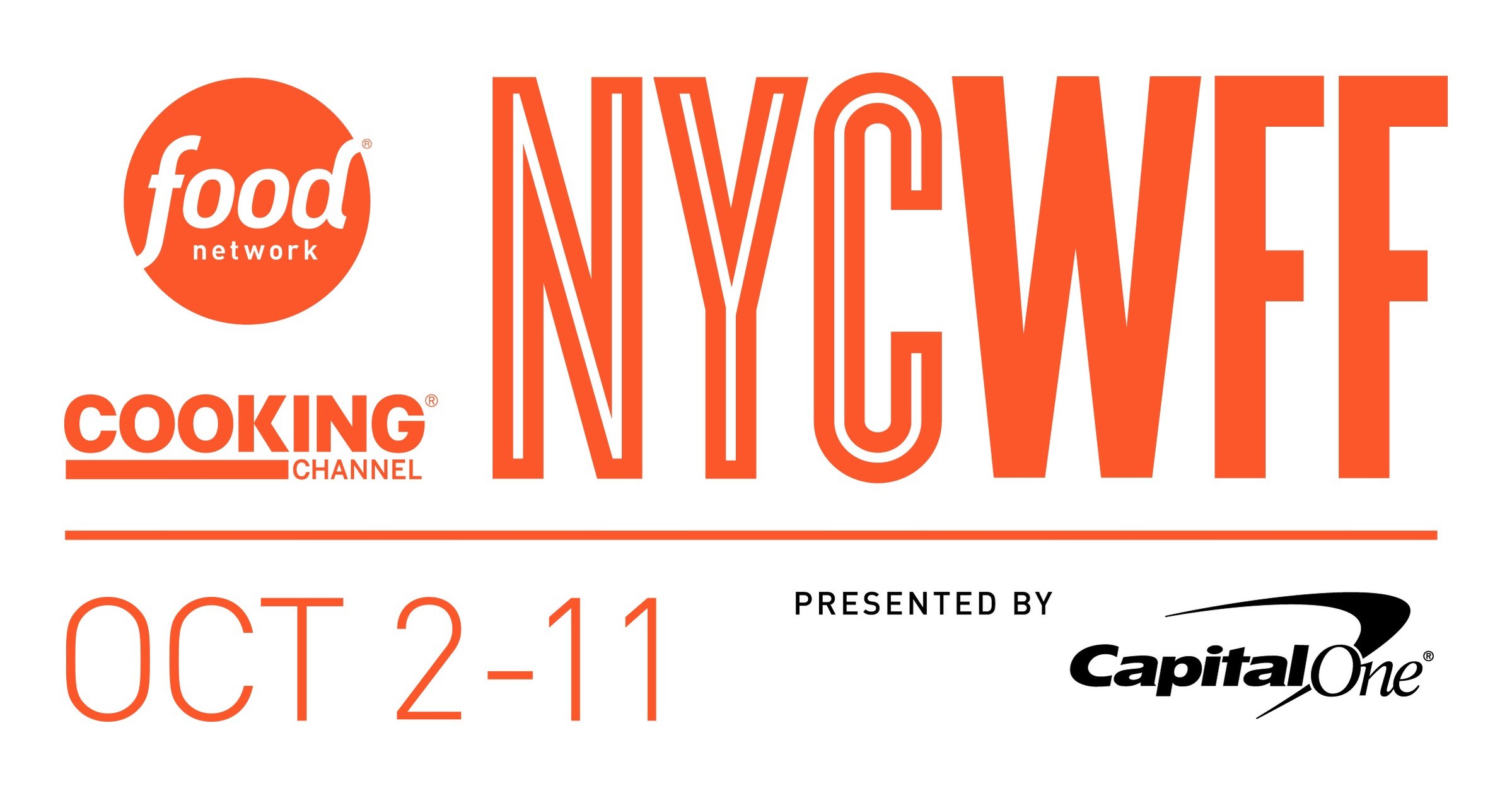