Cookbook author, television host, and beloved personality Ina Garten knew she wanted her twelfth cookbook to be all about comfort food when she chose the theme two years ago, but she had no idea how much the world would need comforting, foolproof recipes until her team was making the final touches on Modern Comfort Food just as the world was turning upside down.

“The reason why I focused on comfort food was that I knew the book was coming out right before a presidential election, which would be a stressful time regardless of what side you’re on,” Garten says. “I had no idea there would be this many layers of stressors and issues that we have been dealing with this year. Plus, there are still the regular stresses of everyone’s life—health issues that existed before COVID or tough jobs and schedules.”

As the world was trying to figure out just how serious COVID-19 was, Garten was busy filming her television series with Food Network and working on her next book (yes, book #13 is happening), all while finishing the design and edits of Modern Comfort Food, out October 6. (Let it be known, life as The Barefoot Contessa isn’t all hydrangeas and cocktails with Jeffrey). But Garten says between filming her television series in a barn in her backyard for the last 18 years and buying several new refrigerators stocked with food for herself and her crew prior to lockdown, her household has been fortunate enough to adjust quite well to life in quarantine.

“I feel like I’ve spent my whole career preparing for this moment, actually.” Garten says. “I walk across the lawn to go to work, and I can do everything safely from my house. I’m a homebody anyways, and Jeffrey, who normally goes to work in New Haven (he’s the Dean Emeritus at the Yale School of Management), gets to be home all the time, which is great.”

Right as the lockdowns began and cans of beans started flying off grocery store shelves, Garten began reaching out to her 2.8 million Instagram followers by asking what they had in their pantries and what they wanted to learn to cook. She says posting her pantry meals each day gave her a sense of purpose and order while keeping her connected to the outside world. The most memorable recipe she’s shared? Two words: Giant. Cosmos.

“Some friends gave [the cocktail glasses] to us as a joke-gift, and we’d never really used them,” Garten says. “When we got our home set up in March to store all our supplies, we decided we should clean it out first. I was starting to throw them out, but my assistant made me keep them. Don’t you know, two weeks later, I thought I could use them for a Cosmopolitan, but I had no idea they would be such a hit!” (Get her favorite Cosmopolitan recipe, here).

While a comfort food cookbook from The Barefoot Contessa would be highly anticipated regardless of the year’s events, she understands the importance of food that is both nourishing and emotionally satisfying, and how important it is to equip people everywhere to be able to provide it for their loved ones more than ever before. Her fans rely on her to provide foolproof, crowd-pleasing recipes, and this book is sure to help readers do so, as nearly all 85 recipes are accompanied by at least one tip—and how to make them ahead for easy meal-prep or gatherings.

“I’ve been cooking for almost 40 years now, and I’m really not a great cook, but I’ve been here awhile and know how hard it can be,” Garten says. “I typically test my recipes with two other people—one experienced cook and an inexperienced one—and watch them make it so I know what questions people will have and how the recipe lends itself.”

You won’t find her ultimate comfort food in this cookbook, however. When asked what hers was, her immediate response was pretty surprising. “A bowl of oatmeal. Sometimes on the weekends, I’ll treat myself with maple syrup and I use good McCann’s Irish Oatmeal. I love that I can just pop it in the microwave and have a satisfying meal in four minutes.”

While one might imagine a person would feel like a pro after publishing their twelfth cookbook and hosting Food Network’s longest-running television series, the pandemic has certainly shaken things up for Garten and her seasoned team. They had to determine what a socially distanced photo shoot for this cookbook was supposed to look like before everyone else did—”It was wild. We had the photographer emailing me his images from another room”—to scheduling a virtual book tour for the first time in her career.

However, per usual, Garten is seeing the bright side of things. Not only does she love that she can conduct her book tour from East Hampton in her pajamas, she loves that anybody can join in on these events without buying a plane ticket.

Anyone who purchases the cookbook through Williams Sonoma, The Barefoot Contessa site, or an independent bookseller can get access to a Zoom link for participation in a series of events for the tour. Some highlights include a conversation with Jennifer Garner at the Williams Sonoma in L.A. and separate occasions with Katie Couric and Sam Sifton in New York, all of which will take place over the next two months.

If you simply can’t get enough of Garten, the next season of Barefoot Contessa: Cook Like a Pro debuts Sunday, October 25 on Food Network. She says to be on the lookout for the annual Thanksgiving special, in which she cooks sides with renowned chef Massimo Bottura.

We’re all about to reap the fruits of her quarantine labors, and she couldn’t be more thrilled to help make someone’s day a little brighter through a cozy recipe or two. “It’s been really hard for some people who are living in apartments or have lost the jobs,” Garten says. “When moments get tough, I just have to remember how lucky I am to live in the country and work at home quarantining with my best buddy!”

Sat Oct 3 , 2020
You might have seen Kristin Cavallari pop up on your TV screen while you were watching Laguna Beach or The Hills, but the TV star could be taking up permanent residence on your kitchen counter with her new cookbook True Comfort: More Than 100 Cozy Recipes Free of Gluten and […] 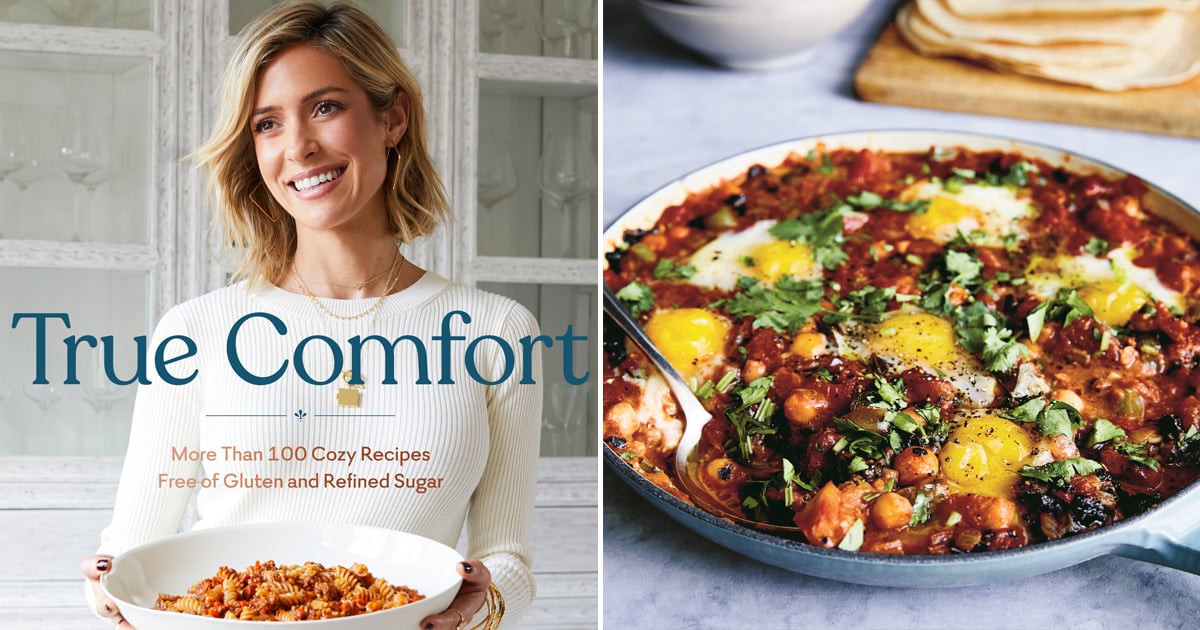