Earlier this year, when JJ Adler’s semester abroad in Sydney, Australia was cut short because of the coronavirus pandemic, he soon found himself back in St. Louis attending virtual college at New York University, where he was a sophomore. Once the semester was over in May, this chemistry major’s plan to work at a science lab at Washington University School of Medicine over the summer was dashed.

“I started to realize I would have the time to pursue something that was a massive project but also very personal,” said JJ, 20, who graduated from Yeshivat Kadimah High School and attends Young Israel.

That project turned out to be a highly personal and thoroughly unique cookbook, “Inspired by Food,” with roughly 60 kosher recipes that pay homage to two of JJ’s great loves: food and family. As one who has pored over his cookbook/memoir, I found it a joy to read and cook from.

If you’re interested in a copy of JJ Adler’s “Inspired by Food” cookbook, which costs $20, y…

“I’ve always liked to cook, and I think that’s due to a mix of different factors,” JJ explained. “I have two grandmothers who are skilled in the kitchen, though they cook in very different styles. Both my parents cook in different styles as well. Growing up, a lot of important events and celebrations took place around meals and food and company. We always had nightly family dinners at 6:30 p.m. that my parents cooked. It was nothing fancy or extraordinary other than good, homecooked food, but they always took time out of their day to prepare dinner. They’d also stay up late on Thursday nights to cook for Friday night dinner and Shabbat lunch on Saturday.

“I think food and family and cooking all became intertwined for me as something so meaningful and enjoyable.”

Still, points out JJ, there’s a big difference between whipping up pasta from scratch on occasion and non-stop cooking, then compiling, dozens upon dozens of recipes. The science side of JJ’s brain led him to cook and test each dish at least three times to ensure each ingredient was precisely measured, and the final outcome was up to his standards.

“I soon realized that my recipes didn’t need to be organized like a usual cookbook,” he said, explaining that when he began sorting through them, he was heavy on main dishes and light on desserts. “As I started to lay out how I wanted to organize my recipes, what became clear was the meaning and importance and connection behind them. That was a lot more valuable to me than the category they fit in. Therefore, each recipe is placed in a section dedicated to those most often around me: my family.”

JJ arranged the recipes to pay tribute to his parents and three siblings, with a chapter dedicated to each and little stories about the genesis of the recipe on the page they appear. Each has an inviting picture of the dish accompanying the recipe, shot by JJ’s younger brother, Avi. The book also features family photos throughout.

As for the recipes, they range from Jewish comfort food such as kreplach and “not-too-smoky smoked brisket” to Middle Eastern-inspired dishes like baked falafel and Israeli salad to standards such as roasted potatoes and chili. JJ’s favorite among them all: Southern biscuits. When he prepares them, he always brings a few to his “Zadie and Bubbie St. Louis” (Heschel and Adinah Raskas), who live down the street. (His paternal grandparents are Zadie and Bubbie New York.)

What JJ, now a junior at NYU, takes most pride in, he says, are the last two pages of the cookbook. Before he sent the finished product to the printer, he let his family read it.

“They said they were so touched by my messages (to them) they wanted to write something in response. So we put in an epilogue,” JJ said. “To read what they wrote about me and what my cookbook means to them was really beautiful and touching. They not only appreciate my food but the thoughts behind it.”

If you’re interested in a copy of JJ Adler’s “Inspired by Food” cookbook, which costs $20, you can email him at [email protected] A portion of the proceeds from sales of the book will go to benefit the Harvey Kornblum Jewish Food Pantry. To view a few of JJ’s recipes, go to stljewishlight.com/Adler-cookbook.

Sun Nov 8 , 2020
Today, Momin, once torn between a career as a chef and a dentist, manages to balance both worlds. When he’s not filling cavities or setting crowns, Dr. Momin — aka Chef Farmo — partners with his dad at Atlanta Halal Meat & Food, the combination butcher shop/fast-casual restaurant they opened […] 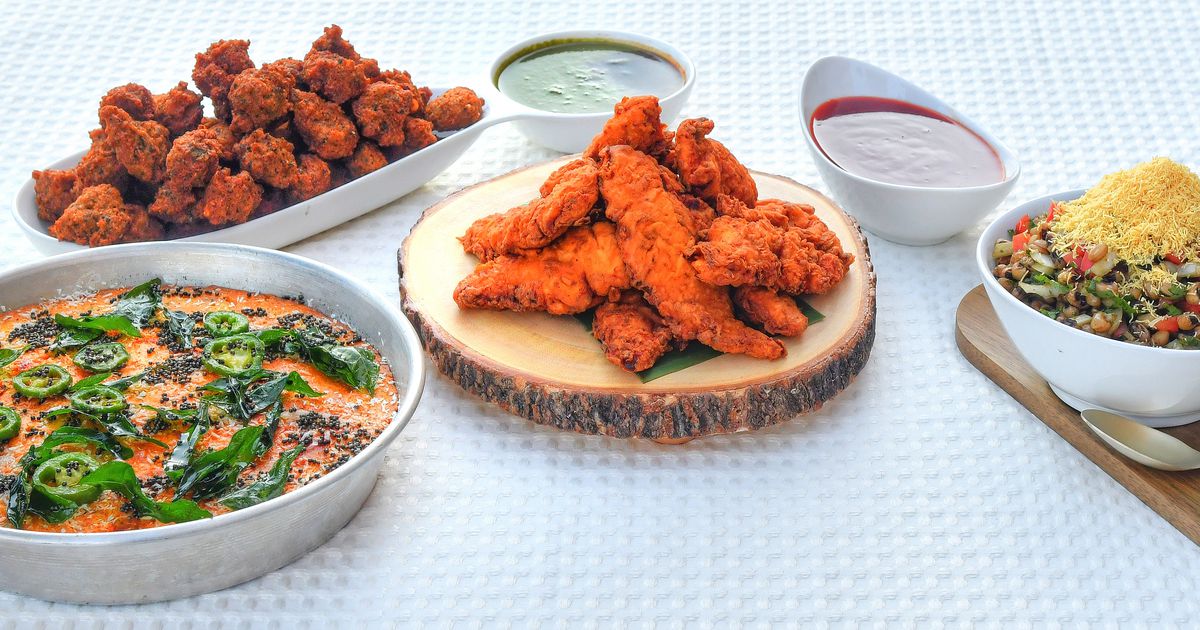