With three hit albums, four Grammys, and three Nickelodeon Kids’ Choice Awards under her belt, 22-year-old Swedish singer-songwriter Zara Larsson has already made a splash in the music world—and she’s hungry for more.

Zara won Sweden’s version of America’s Got Talent—Talang—at 10 years old and has been showing off her strong pipes ever since. These days, in addition to churning out the catchy tunes, she uses her pop stardom platform and strong voice to advocate for safe sex education, rally against sexual harassment, support Black Lives Matter, and more.

Something else Zara has been talking about lately: food. The pop star and former vegetarian admits her diet may not always have been the healthiest—especially during her time in the Royal Swedish Ballet. “I was very happy and active, but also, I wasn’t eating enough,” she tells Women’s Health.

Throughout the last few years, Zara says she’s been trying hard to gain weight—which means she’s given her plants-only diet some more wiggle room. “I used to be really underweight,” she says. “Now I’m giving myself the allowance to eat fish, meat, butter, all of that, and be healthy and gain weight.”

The result: Zara says she’s filling her plate with food she truly enjoys and giving her bod the energy she needs to strength train and perform. Here’s what her diet looks like on a typical day, animal foods and all.

Breakfast is not high on Zara’s priority list. “I’m a night owl but I love, love, love sleep,” she tells WH. “So, I would probably choose to sleep in over have breakfast.”

If she does wake up on the earlier side, though, her go-to morning meal is a smoothie with raspberries, banana, avocado, maca powder, oats, and sometimes ice cream. “It’s quick to get down so I can go on about my day,” she says.

Otherwise, “I like a lot of juices. If I don’t have a smoothie, I would have a glass of juice—any flavor: red, green, yellow, doesn’t matter,” she adds. And water, lots of water.

Zara also loves a New York bagel when she can her hands on one, though. (Same, girl.)

Come lunchtime, Zara fills her plate with “literally any Asian cuisine,” especially dishes from Southeast Asia. “Anything in that area, love, love, love, love,” she says. “Sushi is one of my favorites. Nigiri, a classic piece of fish on some yummy rice is my go-to. I also love toro, the fatty tuna, or fatty salmon.”

She’s a fan of noodles, too. “I would probably pick noodles to eat for the rest of my life,” Zara says. “So ramen never, ever fails. Ramen is always a good choice.”

Of course, no day is complete without snacks. “I love to have nibbles,” says Zara. “One thing that’s really really yummy is to toast some bread in the pan with garlic, then fry some aubergine [eggplant],” she says. “You get the aubergine soft and nice, slap it on that little piece of bread, and then put some mozzarella on it. Delicious.”

Nuts are another go-to snack for Zara. “I like almonds and love pine nuts,” she says. “Those are probably my favorite. Sometimes I roast them with some lemon and salt.”

Zara credits nuts and smoothies with keeping her fueled when she’s on tour, since they’re so easy to grab and go—but she prefers snacks over full meals pretty much any day. “I think it’s boring to sit down and eat,” she tells WH. “If it was up to me, I would just snack my way throughout the day; my dream.”

For dinners, Zara likes to venture away from her beloved Southeast Asian cuisine, but she doesn’t stray too far. “Maybe we’re staying on the Asian continent, but maybe I’ll go Indian and do curry,” she says. In fact, Zara says her sister (who she lives with) makes a killer curry.

“She whips up some curry with a lot of chickpeas and a lot of vegetables like sweet peas,” Zara explains. “She’ll just put everything in there and mix it up with some coconut milk and rice. It just works every time.”

After dinner, if Zara munches, she opts for savory over sweet—every time. “Not so much sweets, but more like chips, popcorn, and salty stuff,” she says. “Sweets don’t do it for me. I’ve never been a really sweet girl.”

One sort-of sweet that does make the cut, though: salty black licorice.

More Than $300K In Grants To Fight Food Insecurity In Camden

Sun Sep 20 , 2020
CAMDEN, NJ — The Camden Urban Agriculture Collaborative (CUAC) will receive more than $300,000 for its local farming and healthy food initiative, Virtua Health announced on Friday. CUAC will receive $293,411 from the U.S. Department of Agriculture (USDA) plus a $33,000 match from one of CUAC’s member groups, Parkside Business […] 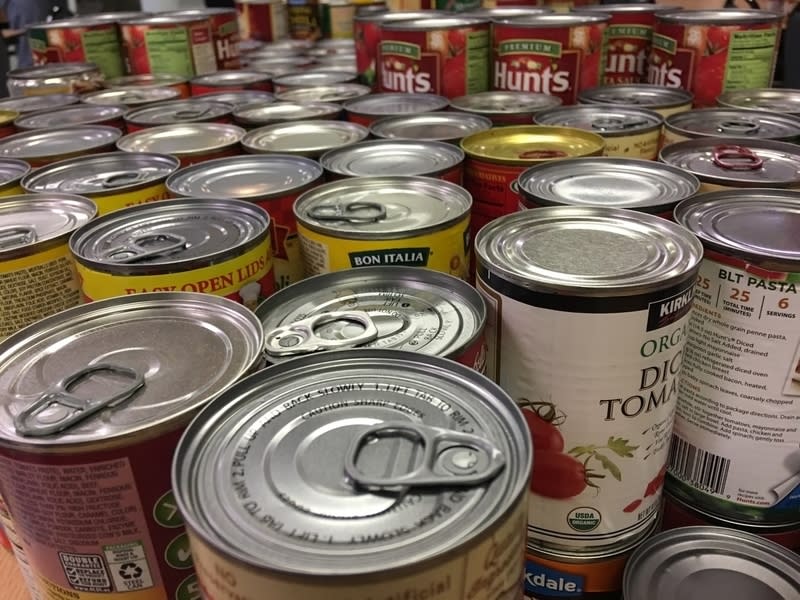